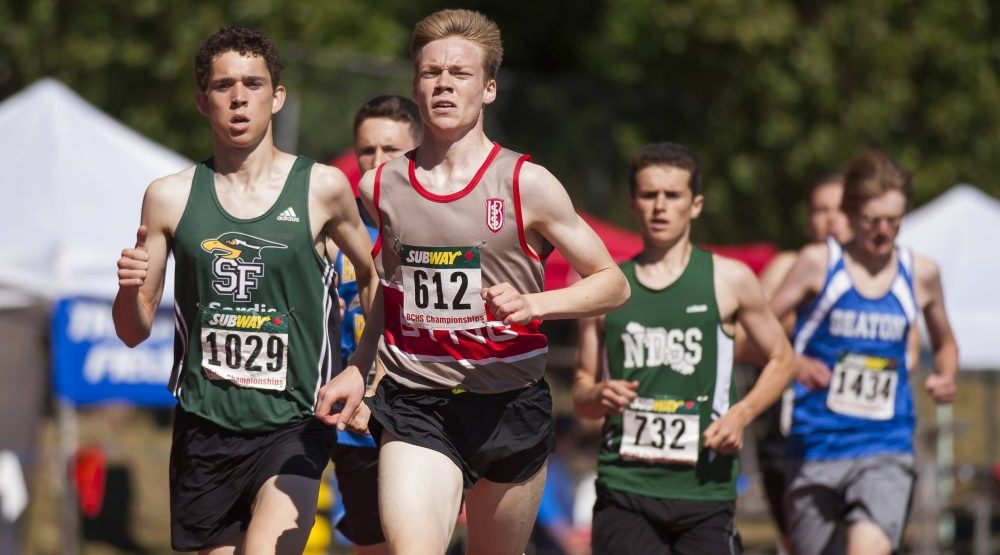 Kieran Lumb, a cross-country recruit of the UBC Thunderbirds, has set a world record at the Red Bull 400 race in Whistler. The race is a 37-degree climb up the ski jumping site, the same one used at the Olympics in 2010.

The race is considered the steepest 400 metre race in the world.

It's only 400 meters to the top, right? The stage is set for #RedBull400 in #Whistler today! pic.twitter.com/6ncZwIIuEM

Lumb is a 17-year-old graduate of Lord Byng Secondary School in Vancouver.

“I definitely didn’t know until someone told me,” Lumb said, learning of his world record after the race. “That’s a really tough race and you just kind of block out everything you can. It’s painful during the race but it’s even more painful in the five minutes after the race when everything catches up with you.

“I just focused on sticking right behind last year’s winner until the crest of the hill. I just then overtook him on the wooden portion of the ramp. Then it’s just about 100 metres up grinding up the finish line.”

Lumb will be attending the UBC School of Engineering this September and will run both track and field and cross-country for the UBC Thunderbirds.

Here’s a video that illustrates just how gruelling this race is: