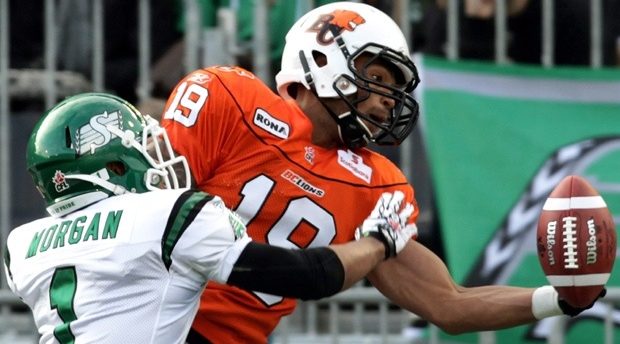 Former BC Lions receiver, Paris Jackson, is going to share his wisdom with the football program at UBC this year, as he has been hired on as the team’s receivers coach.

Jackson, a two-time Grey Cup champion with the BC Lions, had over 400 receptions for nearly 6,000 yards in his career.

The Carson Graham Secondary School alum played 12 seasons in the CFL, so earning the respect of his players should come instantly.

“I’m very impressed with Paris’ passion and work ethic when coaching,” said UBC head coach Blake Nill in a media release. “I’m equally impressed by the presence he brings to the football field, which is vitally important when coaching young players.”

“I’m very excited,” said Jackson. “Anytime you get the chance to work with a head coach like Blake Nill and an offensive coordinator like Steve Burrato the sky is the limit.”

“The city of Vancouver, the students, and the fans of UBC football will be proud of what we put on the field this year.”

UBC will begin their defence of the Vanier Cup on September 3 against the University of Alberta at Thunderbird Stadium.