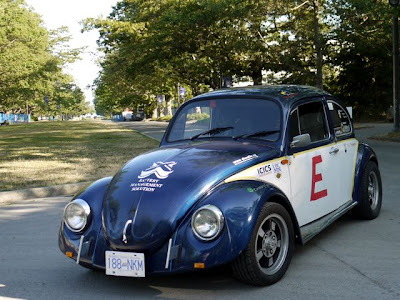 August 21, 2010 marks the historic start to Canada’s first coast to coast Electric Car road trip. Two members of the University of British Columbia Electric Car Club have embarked on a voyage across our gorgeous country to raise awareness about the viability of electric vehicles as a realistic alternative to fossil fueled cars. 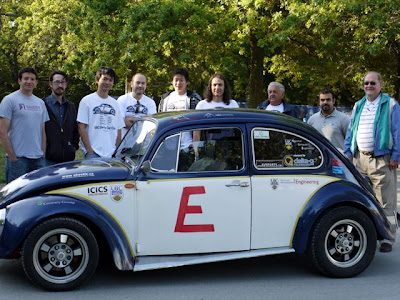 Just some of the members who helped.

The car, a restored 1972 Volkswagen Beetle was an ideal candidate for the task, as it is easy to fix in case anything goes awry, is the most produced (and recognizable) car of a single design and is the icon of revolutionary transportation made available to people from all walks of life. Powered by a 50 kilowatt hour Lithium Ion battery pack, the E-Beetle boasts a top speed of 140km/h and a range of 300 kilometers on the highway and up to 500 kilometers in the city! A four hour charge from a standard RV hookup outlet will fully replenish the 1000 pound battery, reaching 75% capacity in about an hour. The team plans to stop at campsites along the Trans Canada Highway to recharge and enjoy the beautiful scenery along the +6400 km trip which ends in Halifax. 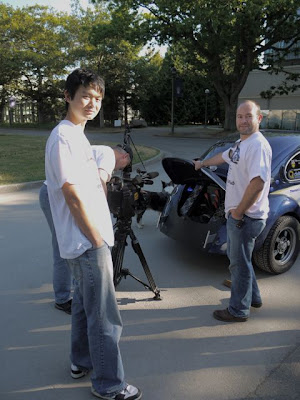 Cameraman taking a look under the hood 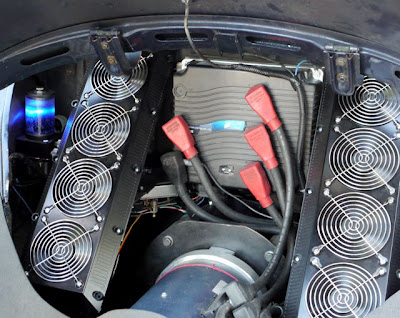 The glowing blue object (left), is the liquid cooling reservoir for the motor controller (centre)

That’s no Flux Capacitor, in behind the seats, it’s the Battery Monitoring System 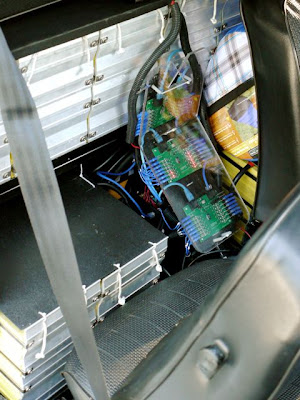 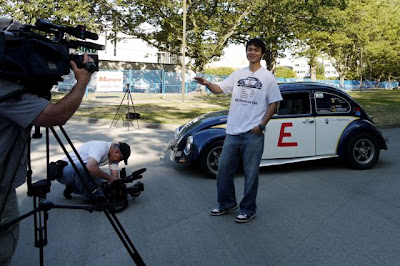 Ricky: “Yeah, we’re driving across the country without a drop of oil, but it ain’t no thang.”

You can check out the team’s progress in real time via GPS and follow them on Twitter @UBCECC.