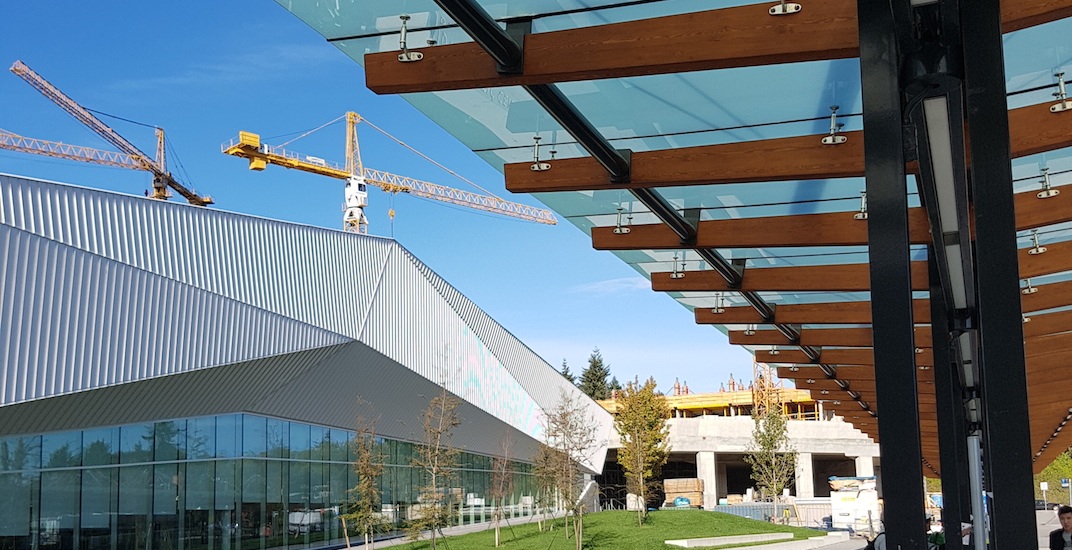 The location of where the body was found, next to a construction site at the UBC bus loop. (Daily Hive)

Police are investigating a death at a construction site located at the core of the University of British Columbia campus.

According to University RCMP, the body was discovered early this morning on the side of the future UBC Gage South Student Residence and bus layover facility being built at the new bus loop.

This site is next to the Student Recreation Centre and new Aquatic Centre.

The deceased individual has not been identified; it is not known if the person is a worker or a student.

Few details are available at this time.

To allow for the investigation, Student Union Boulevard has been closed and bus routes 44, 84, and the community shuttles have been rerouted to University Boulevard’s stops 12 and 13.

UBC is asking the public to respect police lines.

RCMP are investigating a fatality at Student Union Blvd near the Student Recreation Centre. There is no risk to the public.

Please respect police lines. We appreciate your sensitivity and will provide information as it becomes available.

Due to the closure of Student Union Blvd, 44, 84 and community shuttle buses have been rerouted to University Blvd, stops 12 and 13.