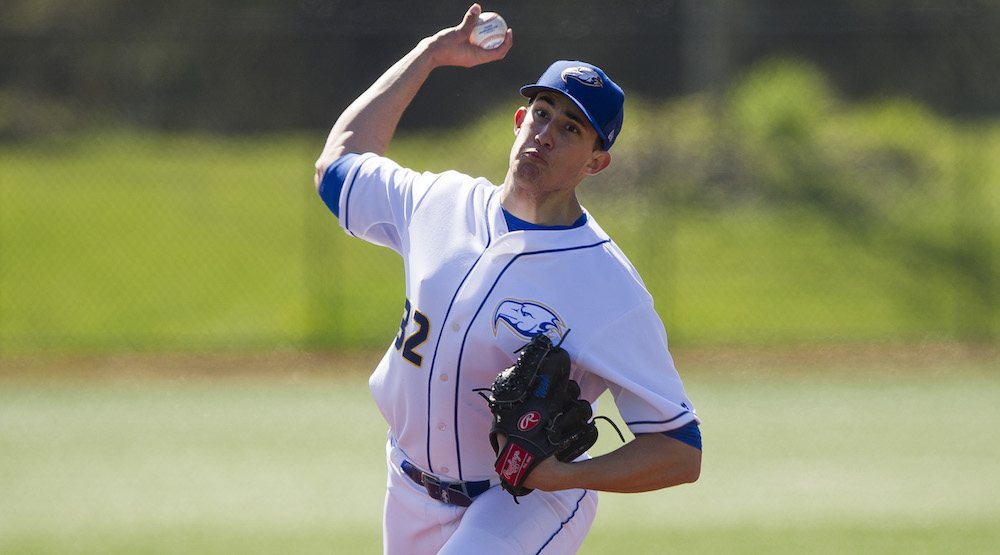 A video of former UBC pitcher Alex Webb has gone viral, as he helped turn one of the most bizarre double plays you’ve ever seen.

Now playing with the Dayton Dragons Single-A Midwest League pro team, Webb had a comebacker ricochet off him, off an umpire, and right to the short stop. From there, the short stop stepped on second and threw it to first for the double play.

Was that a 1-Blue-6-3 double play?! @SportsCenter #SCtop10 pic.twitter.com/1qFdwTVnIp

“I’ve never really seen anything like it,” said Webb, who wasn’t hurt on the play.

“When the play happened, the ball barely skimmed off me. It didn’t leave a mark at all. It was interesting seeing the video and how far the ball actually deflected.”

The product of Surrey most recently played for UBC in May of this year.

So I may have just made sportscenter https://t.co/edgMIosVTv

The play made SportsCenter in the US and has gone viral.

“Definitely the Twitter-verse has kind of gone crazy.”