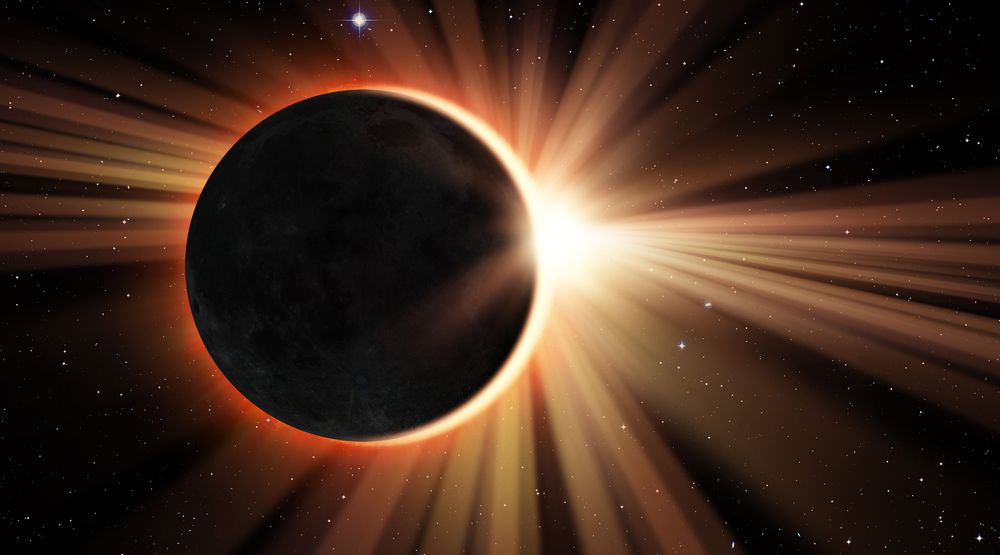 The Great North American Solar Eclipse is taking place on August 21, 2017, and there is a lot to know about the event.

Luckily, researchers at the University of Toronto’s Dunlap Institute for Astronomy and Astrophysics, have put together the ultimate solar eclipse guide for Canada.

Solar eclipse guide (U of T)

For those of us that didn’t specialize in astronomy, understanding the ins and outs of an eclipse isn’t always easy.

But this chart clears a lot of that up.

Basically, an eclipse occurs when one astronomical object blocks light from another object. And on August 21, a total solar eclipse is going to take place across the central US, meaning that the moon moves in front of the sun almost completely.

A partial solar eclipse will occur in parts of Canada, meaning that that moon only covers a part of the sun’s disc.

Vancouverites will luck out and be able to see nearly a total solar eclipse. But as you move east, the eclipse becomes more and more partial.

The eclipse will take place at different times depending on where you are located.

According to U of T, the eclipse takes about three hours from start to finish.

“The total time from when the Moon first touches the Sun’s disc to the end of the eclipse is about three hours. You can see the eclipse for the whole period but it’s best to look as close to the time of mid-eclipse as possible to get the best view.”

Here are the local times to watch:

Keep in mind the total eclipse moves fast. As it begins, you’ll “see light from the sun turn into a string of beads and beams shine through the lunar landscape.”

But this only lasts for a few minutes so make sure you’re watching!

Remember to protect your eyes

U of T’s astronomy experts are advising eclipse watchers to remember to protect their eyes.

“It’s not that the sun is more damaging during an eclipse, but even a brief look at the Sun without appropriate eye protection can damage your vision.”

Be sure to grab some special eclipse glasses to make sure your eyes are protected.

This is going to be an event you don’t want to miss. The last time there was a total solar eclipse in North America was in 1979 and the next time it will happen is on April 8, 2024.