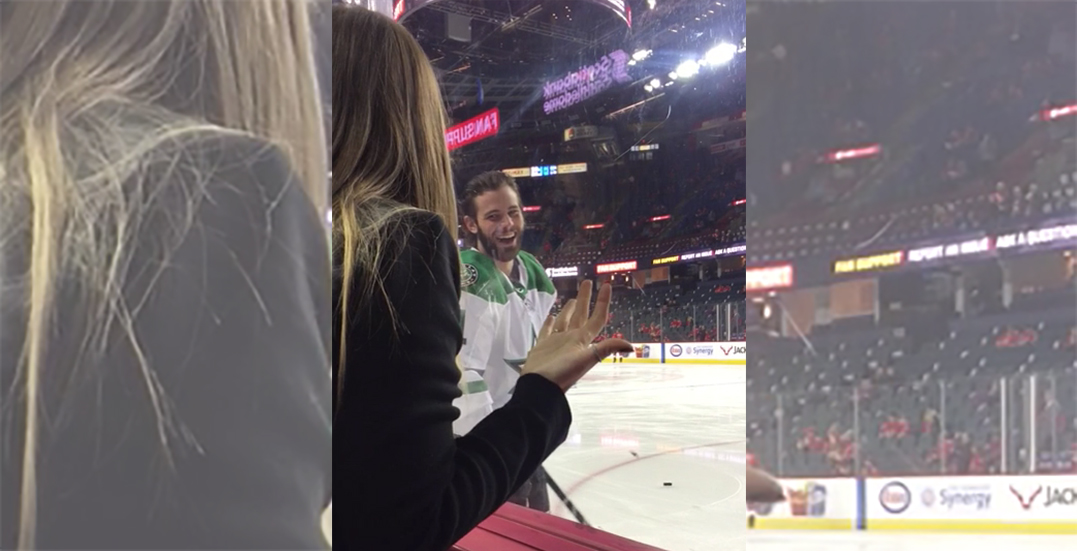 Tyler Seguin has no chill.

The Dallas Stars centre had some fun at the expense of one fan before his team’s game against the Calgary Flames at the Saddledome on Wednesday.

Seguin glided into the corner boards, knocking over a woman’s beer that was resting against the glass.

At first, fans nearby thought it was an innocent mistake. But looking at the grin on Seguin’s face, it’s clear this was no accident. The hilarious moment was caught on camera:

Seguin had the first laugh, and the last one too, as he scored the winner in overtime. And once again, it came as the result of a dirty trick.

The OT goal required a lengthy video review, as Flames goaltender David Rittich was bumped by Jamie Benn moments before the puck went in.

Tyler Seguin fires a shot at Rittich and ends this one early in overtime.

Needless to say, Rittich was not pleased with the decision to count the goal:

Despite the loss, the Flames earned a point and lead the Pacific Division. They’ve picked up points in five of six games, as they prepare for a Friday night visit from the Los Angeles Kings.