The Iowa caucus has arrived, and an Insights West Poll suggests a majority of Canadians are concerned about what will happen if Republican Presidential hopeful Donald Trump wins the U.S. federal election.

“Republican presidential candidates usually fare well with Canada’s Conservative voters, but Trump continues to be perceived negatively,” said Mario Canseco with Insights West in a statement. “In fact, Trump is regarded as a bad choice for Canada by 57 per cent of those who voted for the Tories in last year’s Canadian federal election.”

On the other end of the spectrum, over half of Canadians think Hillary Clinton would be “good” or “very good” for Canada. 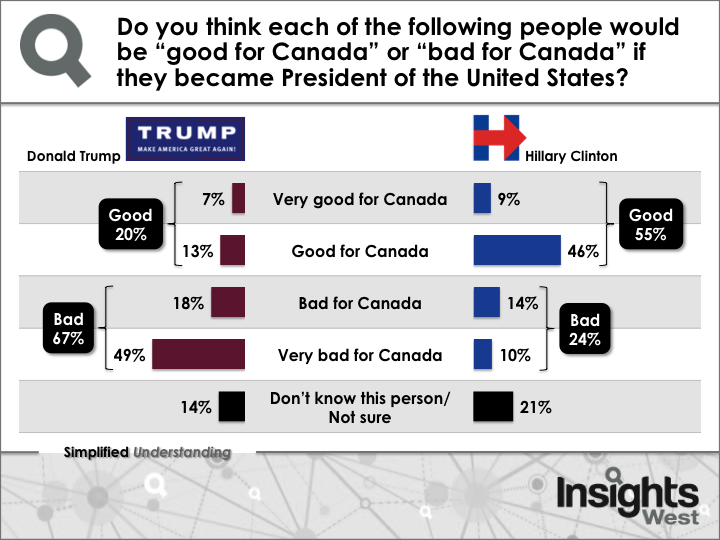 British Columbians are the biggest fans of Democratic Party hopeful Hillary Clinton, with 63 per cent saying she’d be good for Canada. Additionally, more Canadians now know who Bernie Sanders is, with 26 per cent saying they don’t know who he is, as compared to 38% back in August.

Only 21 per cent of Canadians believe Republican Texas Senator Ted Cruz would be good for Canada as U.S. president.