The Vancouver Police Department is investigating a serious crash on Burrard Street near Melville Street, just across the street from SkyTrain’s Burrard Station.

According to the Collision Investigation Unit, the incident occurred at approximately 5 p.m. when a taxi and coach bus collided. Police believe the taxi was driving northbound on Burrard Street and made a left turn onto Melville Street, colliding with a bus traveling southbound on the arterial.

The taxi rotated and veered onto the sidewalk, hitting a 25-year-old homeless man sitting by a tree just outside the main entrance of the Hyatt Hotel.

The homeless man and a passenger inside the taxi were rushed to hospital. The man sustained a serious head injury and was taken to hospital in critical condition. He remains in hospital and is now in stable condition in the ICU.

The taxi sustained extensive damage on the passenger and rear sides of the vehicle. A street sign and tree were both hit in the crash. 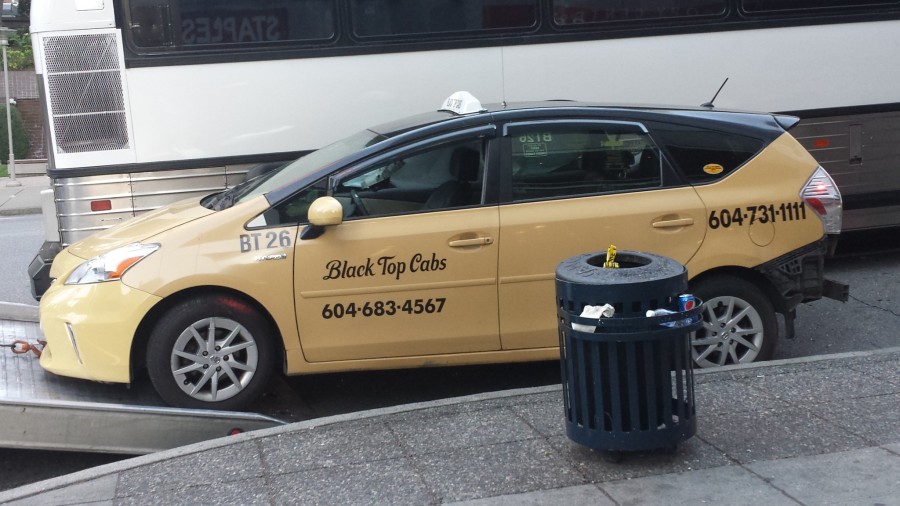 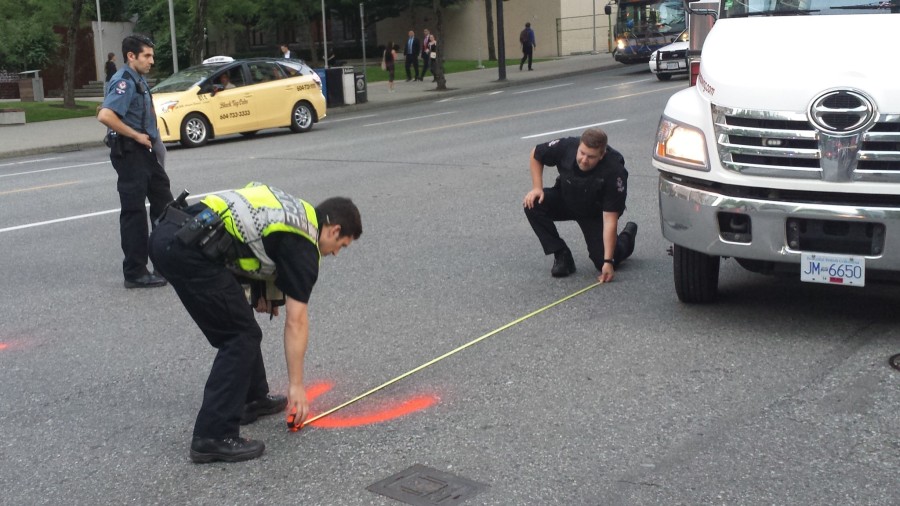 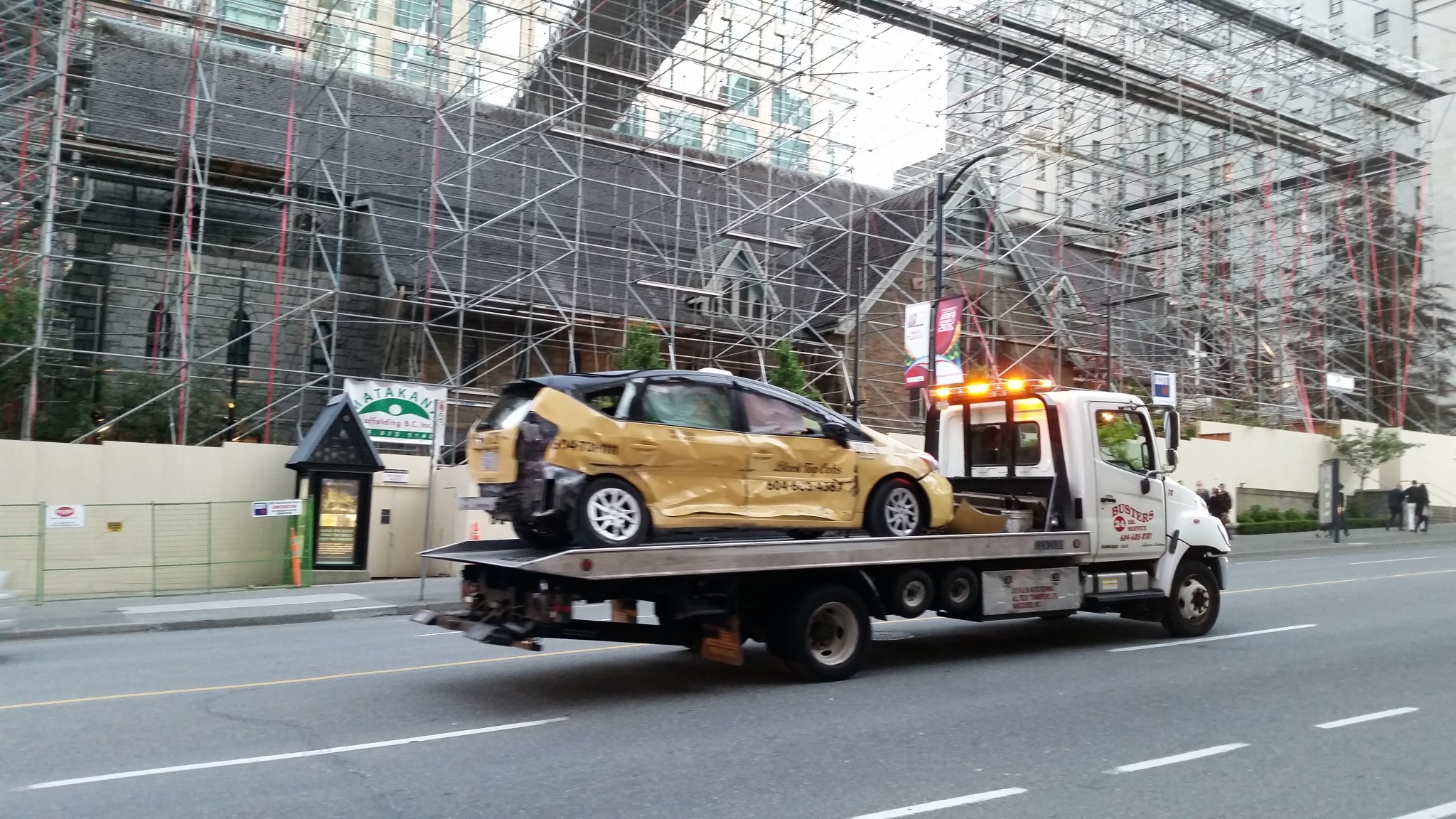