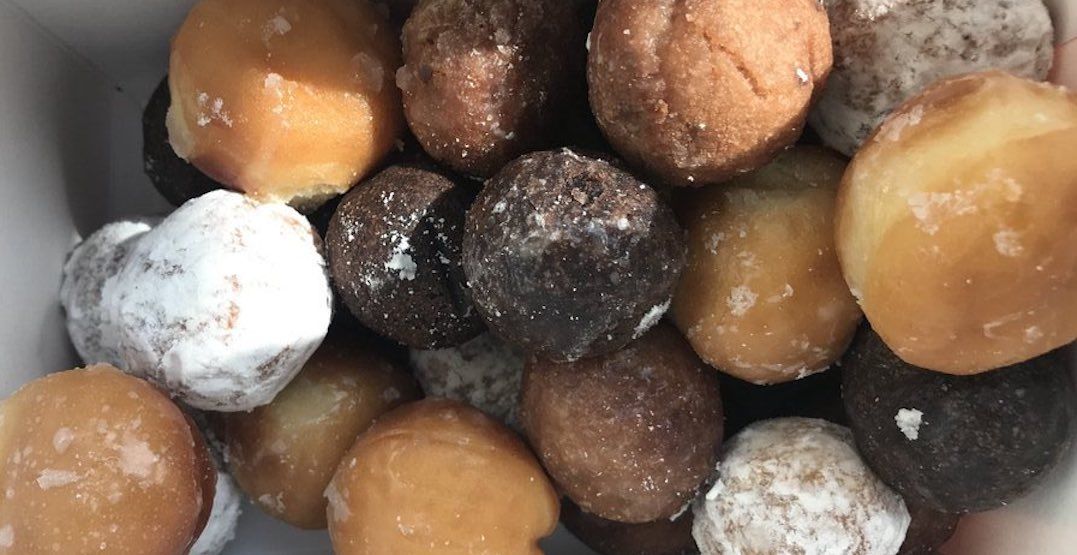 When Twitter-user Sophia took to her account over the weekend to share a pic of a box of baked goods, she likely didn’t expect to begin a tweet-battle over semantics.

Alongside an image of a box of what we around these Northern parts refer to as Timbits, Sophie asked the Internet what the bite-sized treats are called.

Out of the woodwork sprang hard-core Tim Hortons fans, Dunkin Donuts devotees, and those who won’t be swayed by branding or fancy names because they know it’s all the same.

quick what do u call these pic.twitter.com/tQ9WuE23Dl

Here’s how the Twitter-sphere reacted when quizzed on the title of these bite-sized joys.

Tim Hortons came before Dunkin Donuts so they’re actually called Timbits. Prepare to have YOUR kneecaps boiled in the name of Canada.

FFS They are donut holes and y’all on here arguing about “brand” names is too damn much.
Y’all mad serious too 😂🤣😂

Aside from my previous tweet, I would also like to help clear something up. Donut holes are what timbits and munchkins are. If you go to @TimHortons, they are timbits. If you go to @dunkindonuts, they are munchkins. They just happen to have two different names. All are correct.

Munchkins anything else is wrong

spheres???? ooh we got a geometry stan over here

They are called Timbits.
If you call them something else I will kindly duel you at dawn where the beaver and moose cross the maple syrup farms. pic.twitter.com/Vpjb9ZExki

Not as good as Nanaimo Bars but close. Like American donut holes but better. #nobias #prollythesame

WTF IS A TIMBIT

But amid all the arguing, we think this Tweet is offering a solid alternative that can bring a grin to everyone’s face: