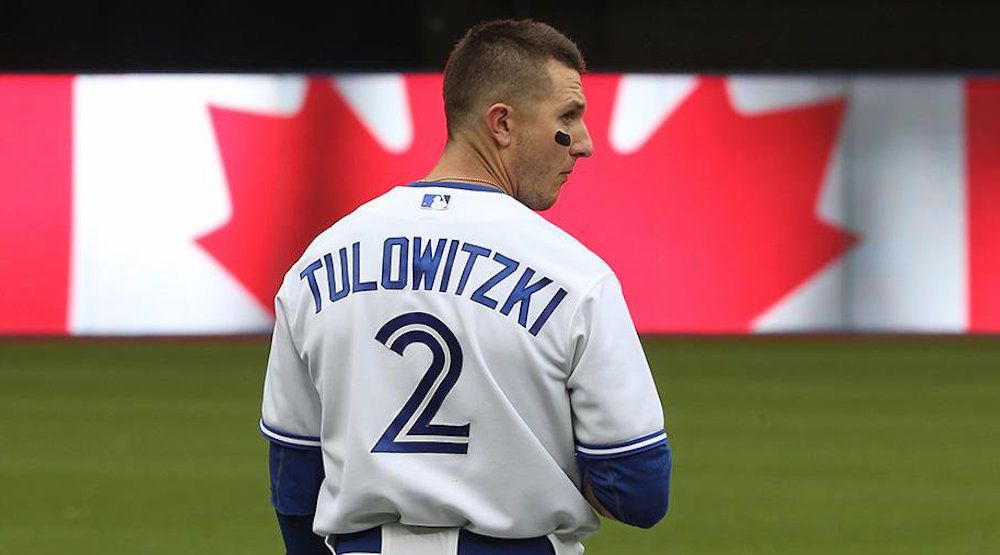 Troy Tulowitzki will trade in his Blue Jays blue uniform for Yankee pinstripes. According to Jeff Passan of ESPN, Tulowitzki has agreed to a contract with the New York Yankees.

Free agent shortstop Troy Tulowitzki is in agreement on a deal with the New York Yankees pending a physical, league sources tell ESPN. Tulowitzki is expected to join the Yankees on a league-minimum deal, with the Toronto Blue Jays paying the remainder of his $20 million salary.

Back on December 11th, the Blue Jays announced their release of Tulowitzki and the $38 million remaining on his contract. That left the 13-year veteran available to any team as a free agent. He ultimately chose the New York Yankees as his next team.

Since the Blue Jays are on the hook for all of Tulo’s 2019 salary, the Yankees only have to pay the league minimum to retain him, which is in the neighbourhood of $600,000. With their starting shortstop Didi Gregorious recovering from surgery, the Yankees needed someone to fill in at short in the meantime. Tulowitzki will bridge the gap until Gregorius returns from Tommy John surgery.

It’s a no-risk move for the Yankees as they pay virtually nothing for the potential to get All-Star production from the shortstop position. This move comes with the caveat that Tulowitzki hasn’t played in an MLB game since July 28th 2017. If he indeed suits up in pinstripes to start the 2019 season, that will mark a 30-month absence from Major League action.

That’s where the “pending physical” stipulation of this contract plays a huge factor. Tulowitzki had bone spurs removed from both heels at the start of the 2018 season and missed the entire year as he recovered.

During his brief time in Toronto, Tulowitzki spent four different stints on the disabled list. In 238 games with the Blue Jays, he slashed .250/.313/.414 with 36 home runs and 122 RBI’s. The Blue Jays basically received a season-and-a-half of production in the three-and-a-half years he was on the 40-man roster.

The 34-year-old isn’t on the Blue Jays roster anymore, but suiting up for a division rival, the Blue Jays may have the fortune of facing Tulowitzki up to 18 times in the 2019 season.