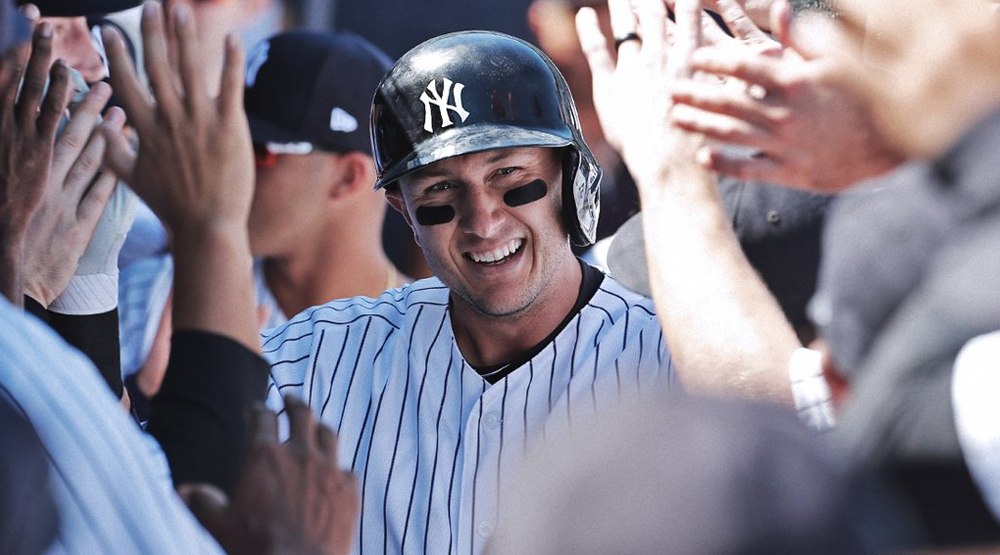 Troy Tulowitzki last played in a Major League Baseball game on July 28th, 2017. One year, six months and four weeks since he last faced big league calibre pitching. That’s 577 days since he last participated in a game that resembled a professional environment.

In his very first game back, against his former team, versus one of his former teammates, Tulowitzki went deep in his first swing of spring training.

Because of course he did.

Troy Tulowitzki HOMERS in his first at-bat in pinstripes. pic.twitter.com/lbyht9TWlT

In the second pitch of his official Grapefruit League campaign with the New York Yankees, Tulo took Blue Jays pitcher Marcus Stroman deep for an opposite field home run.

Tulowitzki appeared especially fired up about the home run as he rounded the base paths and let out a few “LET’S GO”‘s and stared into the Blue Jays dugout.

Any lingering questions about the veteran shortstop’s health have already been answered. The 34-year-old not only looks like the Tulo of old at the plate, but he also made a few impressive plays in the field at shortstop as well.

Tulowitzki was under contract with the Blue Jays through the 2022 season, but in early December, they chose to release the 12-year veteran and eat the $38 million remaining on his contract. The Blue Jays will pay $19.455 million of Tulo’s 2019 salary, while the Yankees will fork out only $550,000.

It’s a no-lose proposition for the Yankees, who get a former All-Star shortstop for the price of a first-year rookie. Meanwhile, the Blue Jays felt it was more valuable to eat the money and clear the path for more playing time for someone like Lourdes Gurriel Jr.

With the Blue Jays and Yankees set to face each other 18 times during the 2019 season, Jays fans will likely see a lot of Tulowitzki in pinstripes this year. If healthy, Tulowitzki and the Bronx Bombers will make their first visit to Toronto for a three-game series starting on June 4.