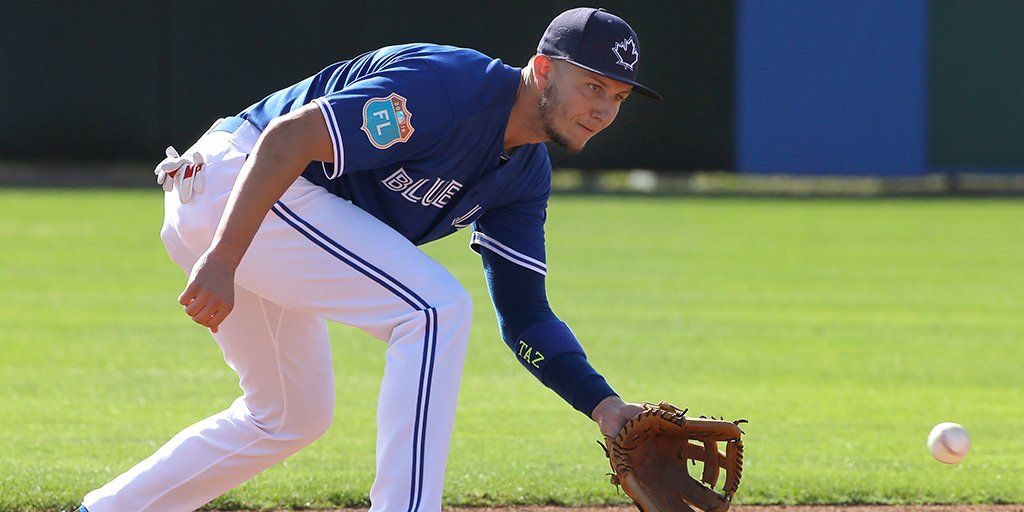 Troy Tulowitzki’s health is a major concern for the Toronto Blue Jays heading into the 2018 season.

The 33-year-old was supposed to be the Opening Day shortstop for the Toronto Blue Jays this season, but after suffering a bone spur during his rehab this winter, the former All-Star may not return until late April.

Depending on how well his rehab goes, he may not even be the Blue Jays’ starting shortstop this year.

That’s a grim outlook for the player once acquired during the whirlwind 2015 trade deadline. Sadly, he is a shell of the star he was a few years ago.

Tulowitzki has fielded ground balls and taken batting practice in Spring Training, but he has yet to run at full-bore and play baseball at 100%. For someone who suffered a bone spur in his right heel, sprinting and running the bases will be the next litmus test for his recovery.

There have been whispers throughout this spring that Tulo could start the season in the 60-day disabled list. The upside is that opens up a roster spot for the Blue Jays to carry another infielder, but that also means their $20 million dollar shortstop is gone for at least one-third of the 2018 season.

That’s precisely why the Blue Jays’ front office acquired some infield insurance in the form of Yangervis Solarte and Aledmys Diaz. The Blue Jays brought in Solarte and Diaz as Plan B’s in case Tulo and second baseman Devon Travis (who also suffered a season-ending injury in 2017) were sidelined for longer than anticipated.

While Travis appears to be on the mend, running, hitting, and fielding with no ill effects, Tulowitzki’s path to everyday play with the Blue Jays is much more questionable.

Since arriving in Toronto in 2015, Tulowitzki has been a treat to watch in the field, underscored by his dazzling defence at shortstop. He’s also come up with some really big hits during his Blue Jays career. However, fans are witnessing the steady decline of one of baseball’s best shortstops may be happening before our very eyes.

Tulowitzki was already the slowest shortstop in baseball in 2017 (measured by MLB Statcast’s Sprint Speed metric). Now that he’s dealing with a bone spur, it may seriously hamper his ability to run and he could be even slower than he was last year. Not that the Blue Jays are expecting Tulo to sprint like Rickey Henderson, but for someone to play a premium position like shortstop, they need to be able to run at full speed to get to ground balls.

It’s not as though this is a short-term issue for the Blue Jays, either. Tulowitzki is under contract through the 2021 season and has another $54 million owed to him. If this is how well a 33-year-old Tulowitzki can play, one can only imagine what age 35 might look for Tulo in the field.

The fact is he hasn’t played a full season since 2011 back with the Colorado Rockies. Tulowitzki has spent time on the disabled list the past six seasons. In three of those years, he missed significant time, playing 91 or fewer games in those injury-shortened seasons.

So what happens now?

Where do the Blue Jays go from here? At this point, Tulowitzki’s contract is untradable with virtually nobody willing to take a shot on a 33-year-old shortstop with a long history of injuries and $54 million left on his contract. That means the Blue Jays either have to ride this thing out or take it as long as they’re willing and then let Tulo go.

Nobody relishes the decline of a former superstar player, but this is the exact scenario affecting the Blue Jays. The club has the extremely difficult task of navigating around an oft-injured veteran player who’s under contract for the foreseeable future.

Ideally, the Blue Jays shouldn’t have any difficult decisions to make and Tulo bounces back and at least plays a decent chunk of games in 2018 and reasserts himself as the number one shortstop on the roster. That’s the “blue sky scenario” for Tulo, but most are anticipating a worst-case scenario.

On the other end of the spectrum, perhaps this bone spur costs him the entire season and he doesn’t play at all this year. Since the team brought in a few backup infielders, I hate to say it, but if Tulowitzki’s gone for a significant period of time, the Blue Jays may not even miss him all that much.

Considering the wealth of young talent at shortstop across Major League Baseball, it’s no longer a position of strength for the Blue Jays. The team may have brought in some capable backups and contingency plans, but they’re precisely that; backup plans and short-term solutions for a larger underlying program.

Amid yet another injury, the future of Tulowitzki lingers over the Blue Jays.