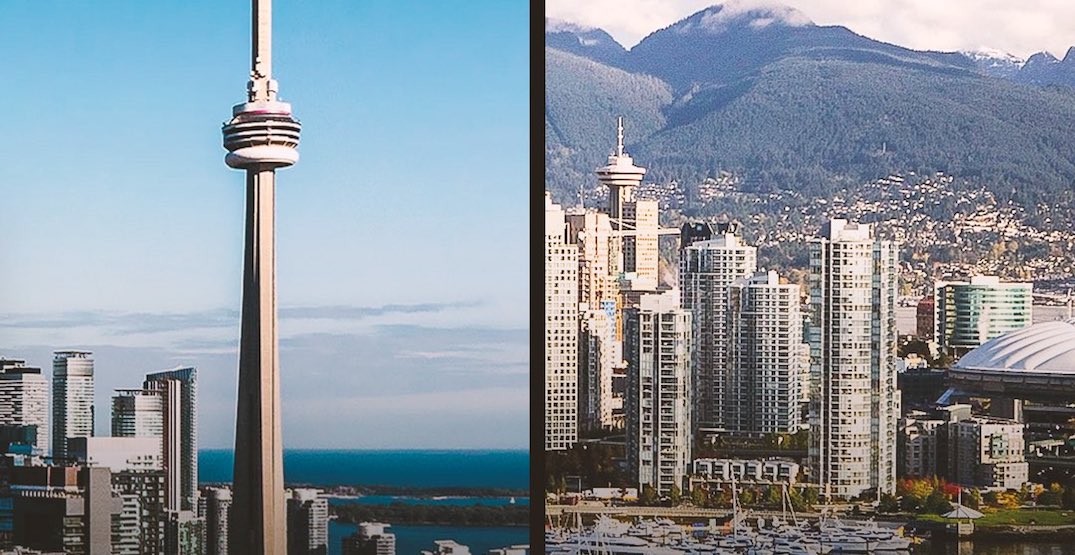 The world is coming to Vancouver in 2026.

Someone at TSN should visit too.

The Canadian all-sports television station was thoroughly roasted on Twitter Thursday, following the announcement that Toronto and Vancouver are host cities for the 2026 FIFA World Cup.

Sometimes nicknamed the “Toronto Sports Network” by alienated west coasters, there were no shortage of people that noticed something wrong with the photo of Vancouver they shared.

Toronto and Vancouver have been selected to host the 2026 FIFA World Cup! pic.twitter.com/xKF23TCENo

The photo features a remarkably outdated photo of BC Place, which will host FIFA World Cup matches in 2026. Vancouverites were quick to poke fun at TSN for not recognizing the photo showed BC Place with its former mushroom-white roof, which was replaced 12 years ago.

There’s also a giant hotel and casino missing from the photo.

It was probably just an innocent mistake by a TSN staffer in Scarborough, but that doesn’t mean Vancouver’s going to let them off the hook.

That’s the photo of Vancouver you chose? 12 years ago before the renovation?

Maybe get an updated photo of Vancouver 🤷‍♂️ lol

lol TSN, no recent photos of Vancouver? BC Place hasn’t looked like that in over 12 years. https://t.co/0Fu2d5oq2e

Can’t you get a more up-to-date photo of BC Place. It has a retractable roof now.

Anyone else notice the wrong BC Place in this pic 😒

What a farcical depiction of Vancouver. Typical of a Toronto-based network. It literally would have taken 10 seconds to find a modern photo.

Like how does this happen, TSN? Google images “Vancouver” and you find this within seconds lol pic.twitter.com/uJbMRzUynA