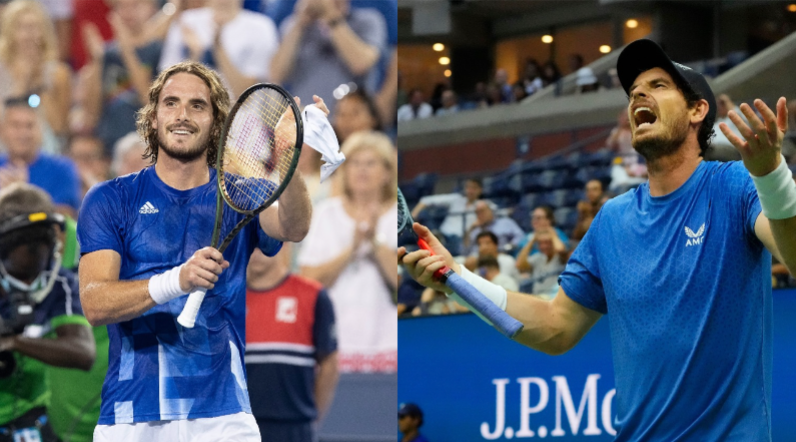 Stefanos Tsitsipas — the No. 3 ranked men’s tennis player in the world — is upsetting many recent opponents by… going to the bathroom for too long.

Tsitsipas, who defeated three-time Grand Slam champion Andy Murray in the first round of the 2021 US Open on Monday night in five sets, took multiple breaks upwards of five minutes.

“He’s off for 20 minutes every time,” Murray said to a supervisor. “How long do you think it was? And the toilet’s right there… what’s he doing in there? It’s never once taken me that long to go to the toilet ever.”

There is currently no real timeline on a maximum length that a tennis player can take for their bathroom break, but it’s not the first time Tsistipas has garnered controversy for mid match actions.

“It’s just disappointing because I feel it influenced the outcome of the match,” Murray said in his post-match press conference. “I’m not saying I necessarily win that match, for sure, but it had influence on what was happening after those breaks.”

At last week’s Cincinnati Open, Tsitsipas was accused by Alexander Zverev of chatting with his coach via cell phone while in the bathroom, which is against ATP rules.

Murray clarified post-match he doesn’t think Tsitsipas was cheating, but was still annoyed by the length of the breaks.

“I think he’s a brilliant player,” Murray, the former world No. 1, added. “I think he’s great for the game, but I have zero time for that stuff at all and I lost respect for him. I’m here after a match like at against one of the best players In the world, and rather than talking about how good he is for the game… I’m sitting in here talking about bathroom breaks and medical timeouts and delays in matches. That’s rubbish.”

Tsitsipas said he felt he and Murray should have a chat to discuss the bathroom trips.

“I don’t think I broke any rules,” the 23-year-old Greek player said post-match. “I played by the guidelines, how everything is.”

Fact of the day. It takes Stefanos Tsitipas twice as long to go the bathroom as it takes Jeff Bazos to fly into space. Interesting. 🚽 🚀

Canadian player Milos Raonic, who is sitting out the US Open due to a right leg injury, also weighed in on the topic.