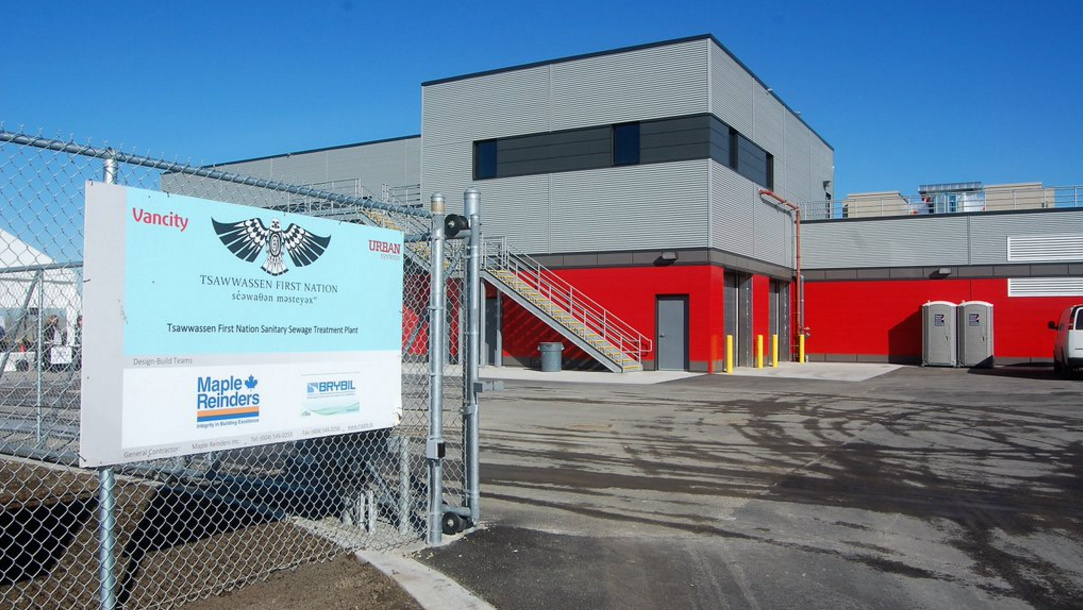 The $27 million project near B.C. Ferries’ Tsawwassen Terminal, on industrial lands next to where a LNG plant and export terminal had been proposed and recently rejected, was officially unveiled during a ceremony yesterday. It will service the First Nation’s developments on the 1,100 acres of Metro Vancouver’s agricultural reserve – an area slightly larger than Stanley Park – it acquired through the 2007 Tsawwassen First Nation Treaty.

Tsawwassen Mills is a partnership with commercial developer Ivanhoe Cambridge and is set to become one of Metro Vancouver’s largest shopping centres when it opens this fall 2016. It will have 16 anchors, premium fashion brands, factory outlets, restaurants, 1,100-seat food court, and 6,000 parking stalls.

Four years ago, the First Nation was forced to construct its own sewage treatment plant after Delta’s municipal government claimed that its sewage infrastructure did not have the capacity to handle the anticipated output from the new community being built. It should be noted that Delta was also initially vehemently opposed to the First Nation’s development master plan for its lands, given that it was formerly designated as protected farmland.

For the Tsawwassen First Nation, building their own infrastructure frees them from having to negotiate with adjacent municipalities for such basic services to support their growing community.

In essence, it enables social and economic self-determination for the band and allows them to exercise their full aboriginal rights. The developments will generate jobs and tax revenues for the First Nation, allowing its members to enjoy a higher quality of life.

But on a whole for the Metro Vancouver region, the economic return is limited when examined on a macro, long-term scale.

It uses precious farmland to build commercial and residential developments, types of economic developments that could also be built within the existing urban containment boundary. And above all, it falls out of line with the regional district’s efforts to prevent the expansion of urban sprawl and instead focus growth in dense areas.

If the lands were to be exclusively used for industrial purposes, an economic case could be made for the use of these agricultural lands, albeit it would be a highly controversial one.

Metro Vancouver is quickly running out of suitable industrial lands for job-creating businesses that support the function of the region’s economy. Warehouse space is hard to come by, and many spaces are increasingly encroached or entirely developed by residential projects that generate more tax revenue hungry municipal governments.

For instance, it took years for Amazon to find a warehouse space suitable for its operations in Metro Vancouver. Companies that are not so lucky will look elsewhere, particularly Calgary and Seattle, for industrial land that fits their specifications.

A recent study commissioned by Port Metro Vancouver found that approximately 1,000 acres of vacant lands remain in the region, but this will be depleted by the end of the decade given growing demand. Between 1,500 and 3,000 acres are needed over the next five to 10 years to support not only the large segment of the regional economy that is fuelled by port operations but also the Canadian economy.

After all, Port Metro Vancouver is Canada’s largest port: About 20% of the value of all the goods traded by Canada pass through the port facilities in Metro Vancouver. 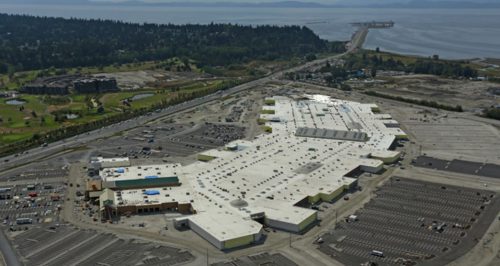 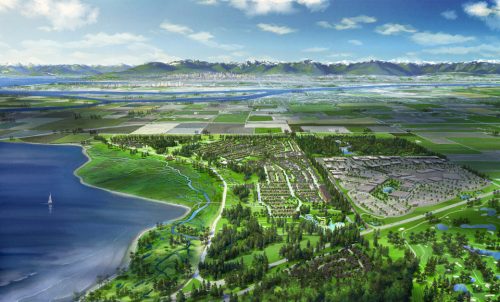