One of my favourite Japanese restaurant was Aki, and I’m happy to report that they have found a new locaiton. Opened for a month or so, they are now at 1368 West Pender. Gone are the red lanterns, here is what greets you as you approach their new space. This post combines a lunch and dinner experience to give you a good sense of their offerings. 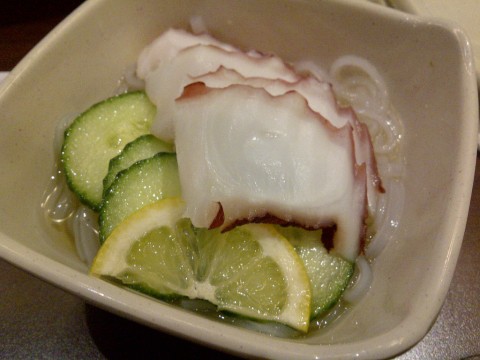 The meal started off the meal with a Tako Sunomono, with a few slices of octopus. The dressing was nice and tart, and the noodles were just tender enough to the point of al dente. 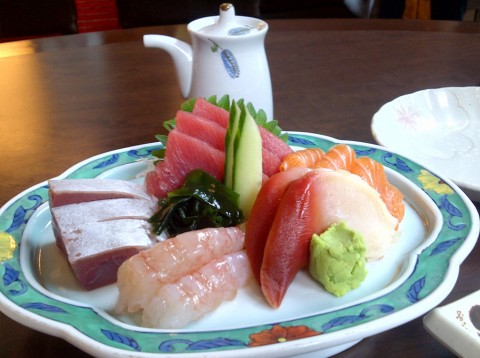 Next up was the Deluxe Assorted Sashimi. See how fresh the amaebi looks? I liked the salmon and tuna, I though the knife work was quite delicate. Oh, and the surf clam was nice and sweet. Definitely not enough wasabi for me though. I like my wasabi & soy sauce mixture to be the consistency of toothpaste, and yes, it does clear the sinus quite well! 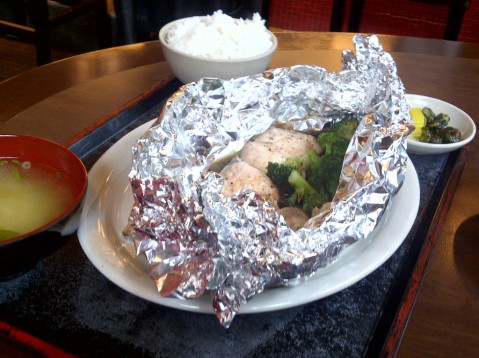 This is their Salmon Butter and it’s a complete meal by itself, served with a side of rice, miso soup as well as pickled veggies. Inside the package with the fish, there are some mushrooms and broccoli too.
The name pretty much says it all, it’s salmon cooked in butter. The steaming process makes for a delicious and moist fish. The aroma of the butter is unmistakeable. Though made with butter, I was surprised at how “light” and non-greasy this dish was. 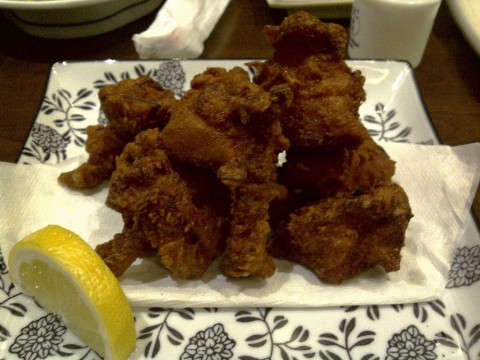 Another staple and kid’s favourite is Chicken Karaage. Perfectly deep fried with a great crunch. They serve it with some lemon, a little reminiscent of the Phnom Penh chicken wings with their lemon dipping sauce. It’s not the same, but the flavour profile is similar. As for more lemon if you need it. 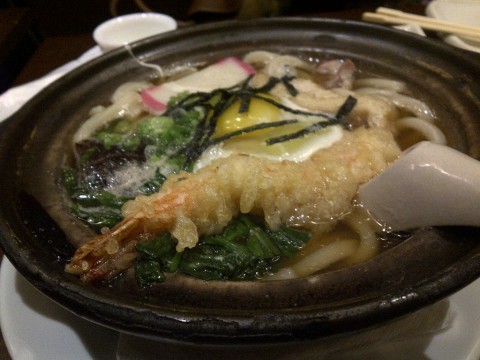 And here is a classic Nabeyaki Udon, completely different from the Ramen craze a few months ago. This comes with chicken, a raw egg, fish cake and veggies, topped witha tempura prawn. The broth is a mix of flavours from dashi, soy and mirin. The noodles had a great mouth feel. Chewy but not hard. Burst the egg yolk into the soup for a thicker texture. 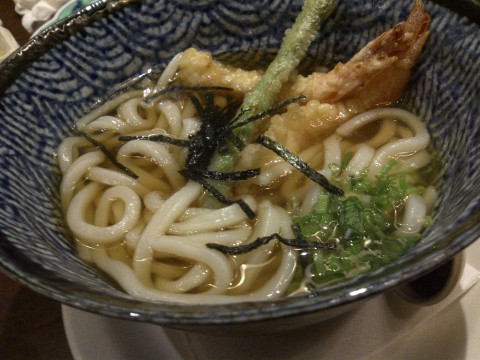 The other udon we tried was the Tempura Udon. This came with a few prawns as well as some tempura veggies. The broth for this was milder, both in flavour and colour. A tip: ask them to serve the tempura separately so it doesn’t get soggy.
At its old location, Aki was well-known for robata dishes, so we got something from the grill too. This is the Salmon Kama, basically a grilled salmon head and neck. This had a nice smoky flavour, and the skin had a nice crispiness. Pour the soy sauce onto the daikon radish to make it a little bit of a paste. Squirt the lemon all over and you’re good to go. 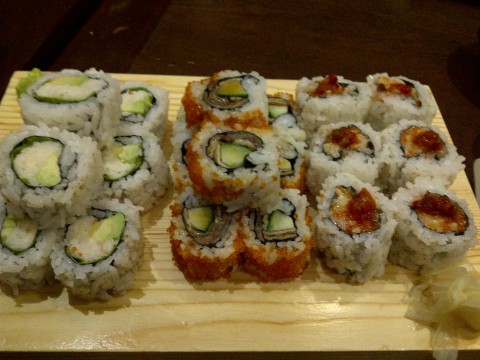 For rolls, we decided to go with a California Roll, a BC Roll with tobiko on the outside, and a Chopped Spicy Scallop roll. All were good, with a decent rice to filling ratio. Enough rice to fill you up, but not overly so that you can’t taste the other ingredients. The BC roll was probably my favourite, with a crispy salmon skin filling. 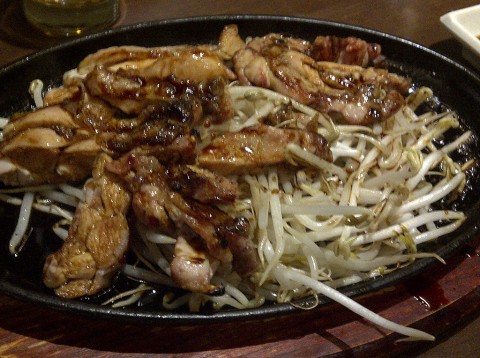 They have a Chicken Teriyaki as well, and one thing to note, their bean sprouts are really fresh. Some places like to cook the sprouts to hide the fact that they aren’t as fresh. It was actually nice served raw, with a great crunch.

If you are looking for a non-izakaya experience, Aki is a great bet. Dinner for 5 adults and 3 kids, with a 2 large Sapporo beers and a large hot sake came to $168 including tips and tax. Not cheap, but fair for the amount of food we got.