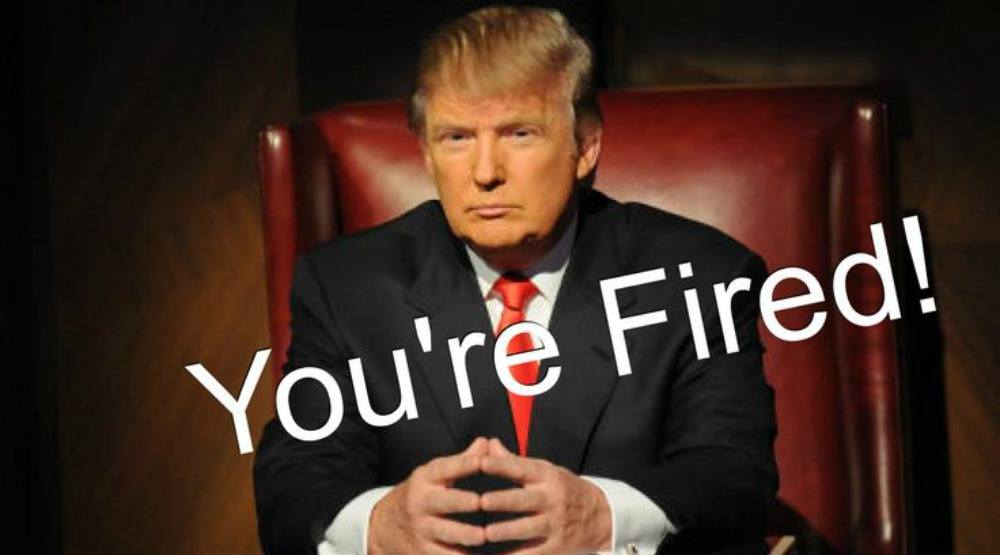 It has finally all been said and done (and I really mean it’s aaaaall been said and done for the past 18 months of this ridiculous presidential campaign that will probably go down in history as one of the most surreal and noxious we’ve seen in our lifetimes) and today is the day of reckoning — when the ballots are cast and counted.

Strangely enough, I’m neither nervous nor stressed. I’m simply relieved that this circus is almost over.

I believe — with as much confidence as anyone not in possession of a crystal ball and Nate Silver’s final spreadsheets can have in predicting the unknown – that Hillary Clinton will be the next president of the US. The pampered son of a billionaire born with every advantage money affords the rich will pout, stomp his feet, and claim that the system he comes from (the one that by de facto enabled such a gloriously unqualified candidate to rise higher than he ever should have in the first place) is “bigly” rigged against him. That’s what privilege is, after all; blinders that don’t allow you the gift of perspective.

Trump will lose. And he will be defeated by the very same people he has sought to marginalize, humiliate, vilify, and use as convenient scapegoats for the past year on his ego-driven quest for the White House. The people he recklessly pointed fingers at while he conveniently stoked the flames of racism, xenophobia, sexism, and class warfare in his “mostly white and mostly male” movement with no regard for how it affected their day-to-day lives may often be marginalized, but they should never be underestimated.

While a painfully-lacking-in-diversity mainstream media has been bemoaning how close this race looks (perhaps because a lack of diversity in newsrooms also leads to tone-deaf, biased, and almost always incomplete reporting), minorities have been mobilizing and waiting for the moment when they get equal access to a deciding voice in their country’s future – a vote.

The Latino vote is set to skyrocket this election and may even surpass the high numbers that voted for Obama in 2012. Those people Trump pointed to and called “rapists”? Unsurprisingly they’re voting for Clinton. More than 15 million Latinos are expected to cast a vote for the Democratic nominee and enthusiasm is so high that some advocates are calling it the “Trump bump.” I would venture a guess that this number would even be higher and the gap would be even wider if all minorities were eligible voters, which they aren’t.

While not a huge minority in the US, American Muslims will also be voting in large numbers for Clinton. According to the Council on American-Islamic Relations sample poll, 86% of registered Muslim voters intend to vote in this year’s presidential election and 72% of them plan to vote for Clinton. Trump demonizing them and calling for a temporary ban on Muslim immigration probably had something to do with them feeling the Democratic Party is a far more welcoming place.

Of course the largest marginalized and underrepresented-in-government group (considering they actually constitute the majority population-wise) is women. Trump’s sexism and blatant disregard for women’s concerns have been evident throughout the campaign. The man’s a boor who rates females on their attractiveness and has no qualms about using degrading, misogynistic, and often vile language to describe them.

And that’s the less-offensive stuff! The truly dangerous element of Trump’s campaign is his choice of VP in Mike Pence and his own very clear indication that a woman’s right to decide what she does with her body is something that may be up for debate in the future if he’s elected.

Last fall, the American Federation of Labor and Congress of Industrial Organizations (AFL-CIO), which represents 6.8 million American women, surveyed a core sample and asked them what their top concerns were. The issue that motivated them the most – across demographics and generations — was equal pay for equal work. The next issues ranked in importance were as follows: affordable healthcare, guaranteed healthcare, affordable higher education, and raising the minimum wage. Now go back to the two candidates and tell me who’s been campaigning on a platform that prioritizes those issues. I’ll give you a hint. Not the one throwing Twitter tantrums at 3 am.

You know what else? These women are politically engaged. A whopping 92% of them are registered to vote and a solid 88% of them voted in the previous election, which is a much higher participation rate than overall voter turnout, which traditionally has hovered around an embarrassingly low 55-57%.

Black women also voted at higher rates than other women in 2012, and Carmen Berkley, the director of civil, human and women’s rights policy at the AFL-CIO believes that they were instrumental in securing an Obama victory and that they could be just as instrumental for Clinton in 2016.

While women may not necessarily be voting with their vaginas (as Susan Sarandon alluded to in an interview) they are not immune (and neither should they be) from recognizing the historical importance of being able to finally elect a woman for president. A woman who has made women’s (and by extension, family) issues a priority for decades.

Visitors at the New York cemetery, where women’s suffragist leader Susan B. Anthony — who campaigned for equal rights for both women and African Americans and was arrested and fined for attempting to vote in 1872 — is buried, have been leaving “I Voted” stickers at her gravesite. We can all safely ascertain for whom they voted for.

Other minorities such as LGBT voters also favour Clinton with a wide majority (Pence is, after all, the guy who signed a bill in 2013 that would have made it legal to jail a same-sex couple for applying for a marriage license) and are well aware that the next president will also be selecting five Supreme Court Judges with the power to make similar life-altering decisions.

There’s also another group to consider; a very important one. It’s the often-silent group of people who, unlike the low-information voters Trump has among his ranks (defined as people who do not know certain basic facts about government and have no interest in understanding, preferring instead to respond to emotional cues and cognitive shortcuts) will be voting for Clinton with little fanfare and much less noise.

There are educated, introspective, fiercely analytical, disappointed in the traditional machinations of politics, perhaps supported Bernie Sanders early on, perhaps have the political knowledge to question certain decisions and compromises Clinton has made in her career and aren’t overly enthusiastic about her record, but when it comes down to it will quietly cast their vote for her. Because at the end of the day Trump and his political inexperience, childish temper, and intellectual incapacity to understand even the most rudimentary elements of the political process was never going to be a viable option for them.

All signs point to Hillary

Yes, it might be close tonight, and yes, it’s probably slightly unnerving to watch it all unfold, but I expect Hillary Clinton will emerge the next President of the United States when the dust settles.

Then, of course, it starts all over again as the sexist backlash against her (and by extension, other women) will be brutal and the US falters for a while undoing the incredible damage Trump’s highly divisive campaign has inflicted on the frazzled psyche of many Americans. I would not be surprised to see a few violent incidents and tensions flare across the country in the days and weeks to come.

But for now, let’s just savour the hoped-for results tonight before ruminating over the obstacles to come. Trump’s defeat will be about more than just the collective efforts of women coming together to vote aside him and men like him who have belittled, blocked, and underestimated them all their lives. This is about more than crashing through glass ceilings, although that’s certainly historic and worth celebrating.

More than anything, his defeat will be about the emerging power of a coalition of minority groups (those who remember only too well that they were once denied a vote because of their skin colour or because of their gender and had to fight for a right that came so easily to some now obliviously screaming “Make America Great Again” with no thought for those for which this country was never that great to begin with) coming together as a major political force – the ones who ultimately get to elect the next president.

The problem for Trump is that he didn’t even see these people coming because he’s probably underestimated them his entire life. In his world they don’t matter. But together, in large numbers, they get to have ultimate decision-making power.