The Trump International Hotel and Tower Vancouver branding and online presence is now being quickly rolled back, just hours after news broke of the hotel property’s permanent shutdown.

As of shortly before 1 pm, the Trump Vancouver website has disappeared and now redirects to the Trump Hotels global website, which no longer lists the Vancouver property.

These are the latest indications the Trump Vancouver hotel is closed for good.

Before (left) and after (right): As of August 28, 2020, the Trump Hotels global website no longer lists the Vancouver hotel as one of its properties. (Daily Hive screenshot) 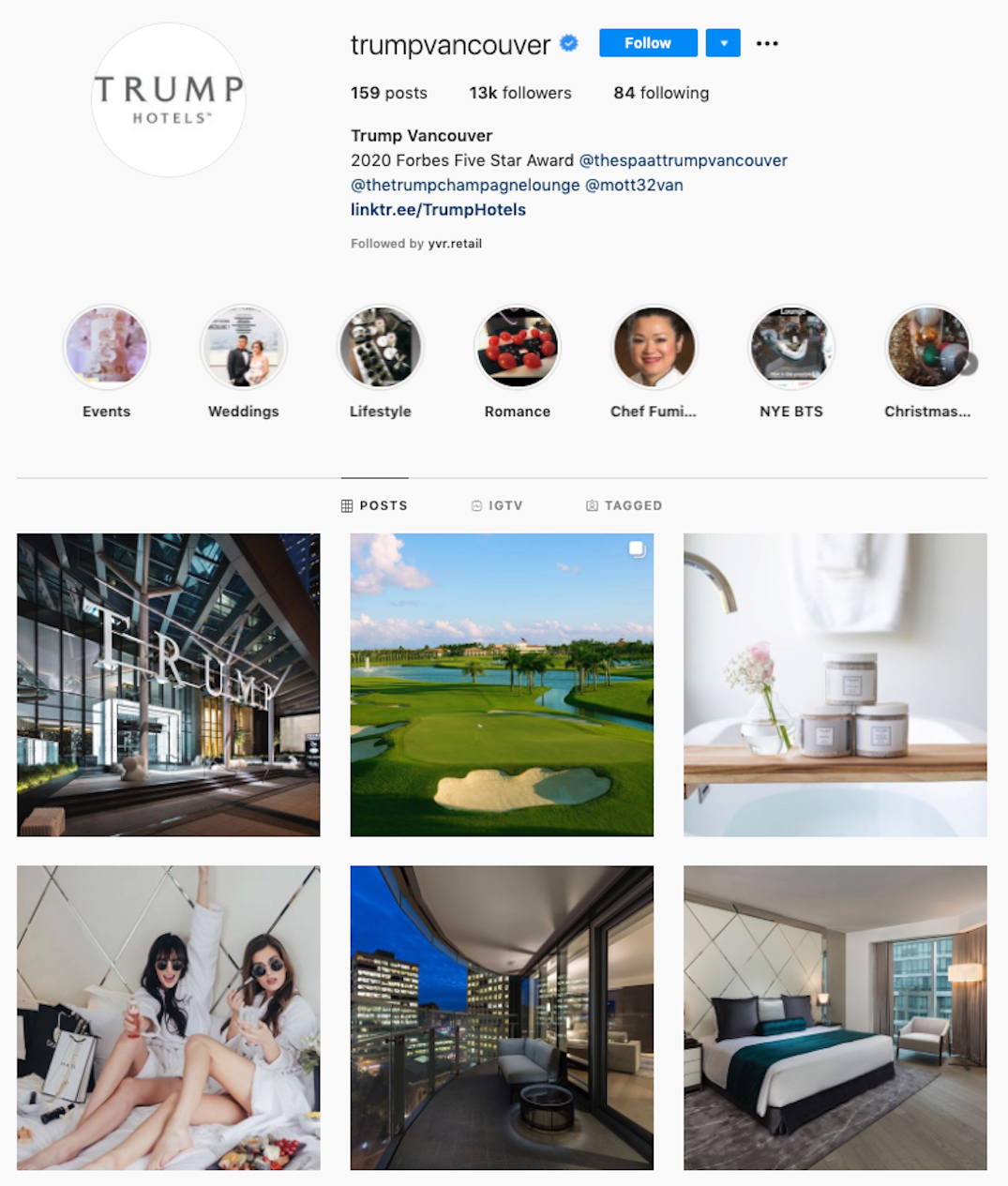 A source wishing anonymity told Daily Hive Urbanized on Thursday that the hotel had terminated its operations permanently, and had let go all of its staff.

On the same day, a letter on behalf of the strata council was sent to the tower’s condominium residents to inform them the hotel staff had been laid off, and that the hotel and residential tower’s operating subsidiary — TA Hotel Management — had filed for bankruptcy.

The first 15 floors of the tower contain 147 guest rooms, amenities, spa, ballrooms, the former Drai’s Vancouver pool bar nightclub, and Mott 32 Chinese restaurant, while the upper levels contain 217 condominiums. Mott 32 has indicated on its Instagram that it is “temporarily closed,” however, sources told Daily Hive Urbanized at least one senior front facing staffer has just left the business, which is a Hong Kong-based upscale chain.

Canadian federal records show TA Hotel Management filed for bankruptcy on Thursday, with total liabilities of $4.8 million and total assets of $1.1 million. The first meeting of creditors is scheduled on September 16.

The tower is now under a new management company appointed by the tower’s owner and developer, Holborn Group. Although the tower bears the branding and name of the controversial US president, his family does not own the property; the Trump Organization licensed its branding and hotel operations to the Vancouver hotel’s owner.

Daily Hive Urbanized reached out to Holborn Group on Thursday but has yet to hear back. A formal announcement on Trump Vancouver hotel’s closure is expected soon. The future of the hotel portion of the tower is not known at this time.