It’s official, Trump International Hotel & Tower Vancouver has been revealed. In a press conference this afternoon with Donald Trump, the announcement was made that the city’s second tallest building at 63 storeys (188m; 616 feet) will officially carry the renowned Trump brand. 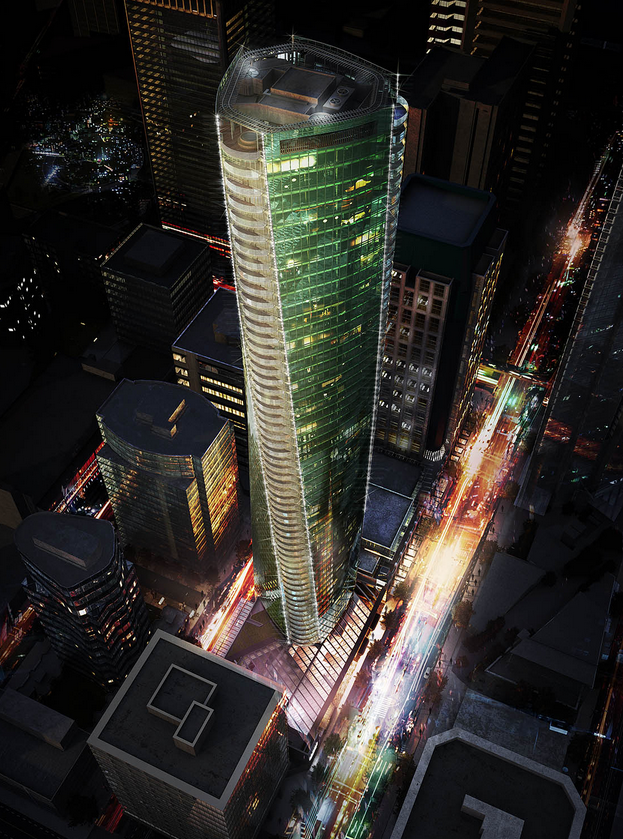 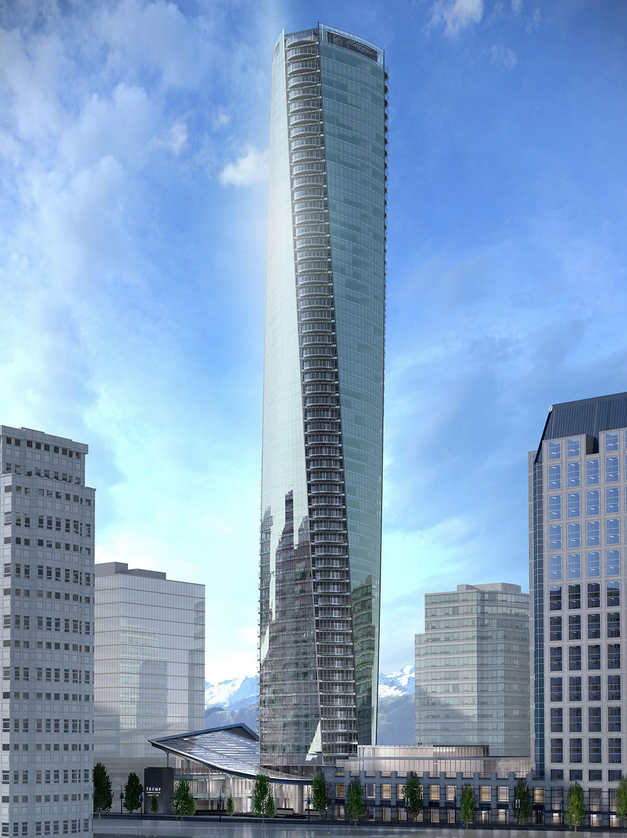 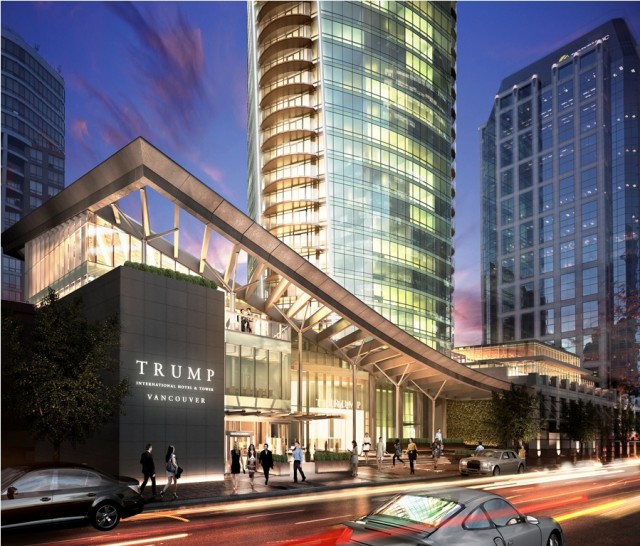 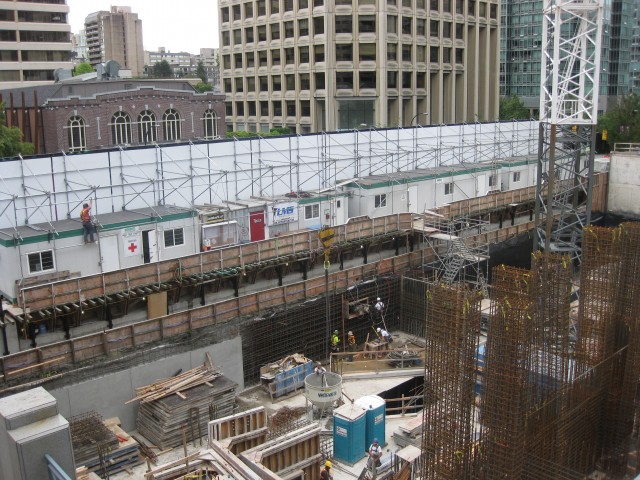 Construction has finally begun on the twisting tower on West Georgia, located just across the street from the Shangri-La Hotel – Vancouver’s tallest building. The tower, now under the Trump brand, was originally proposed in 2007 but was shortly canceled when the recession began to take its toll on the real estate and financial markets. The site has sat vacant as an incomplete construction site ever since the 1990s.

On hand in Vancouver for the tower’s announcement were Donald Trump and his three children, Donald Jr., Ivanka and Eric, accompanied by Joo Kim Tiah of the Holborn Group and Vancouver City Councillor Geoff Meggs..

“It’s a beautiful place, and we’re going to make it more beautiful,” said Donald Trump. “We really felt architecture was important, and that’s what we have here.”

The twisting design by the late Arthur Erickson was retained for this project’s latest life. “We could’ve made more money with a simpler design, but we didn’t.” As one of the city’s most architecturally unique buildings, it will be an expensive mixed-use development with a budget of $360-million.

“I believe it’s going to be a fantastic succes. I love Vancouver and the people who live here. We had another opportunity in Vancouver and this is the one we chose. And we’re going to make it the best,” added Trump.

“We are thrilled to be bringing the Trump flag to Vancouver as it has become a world-class city in its own right.”

Situated on Georgia Street in Downtown Vancouver’s Coal Harbour, Trump International Hotel & Tower Vancouver will include a hotel and residences. In addition to 147 guest rooms, the luxury hotel will include a champagne lounge, signature restaurant, banquet and conference centre. 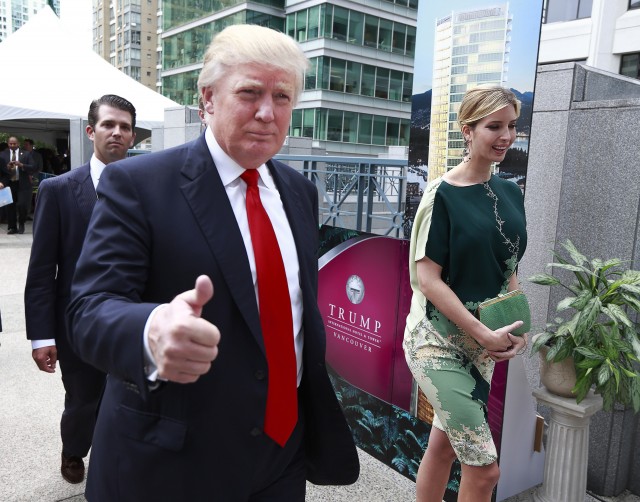 It will also be home to Vancouver’s first pool bar nightclub and Canada’s first Mar-a-Lago Spa by Ivanka Trump, a new boutique spa brand that will reflect the joie de vivre of the timeless 1927 Palm Beach property. Above the hotel will be 218 stylish residences, offering residents spectacular views of the North Shore and beyond.

The original twisting design of the tower maximizes the window features and views in every suite. And because of this unique design, every unit is distinctive with no two views exactly alike. Attention to detail and personalized service will further differentiate the development.

Residences will range from 644 to 2,117 square feet with the penthouses between 3,500 and 4,400 square feet. Sales for the residential suites will begin in October 2013 with project completion expected in the summer of 2016. It will generate 300 full-time job positions upon opening and it is expected that visitors to Vancouver will occupy 40,726 room nights per year.

“When completed, the Trump International Hotel & Tower Vancouver will further establish Vancouver as an international destination for residents and travelers alike,” said Geoff Meggs, City of Vancouver Councillor. “This will be a new landmark for Vancouver.”

He also quipped on Trump’s presence in the city, “what took you so long?” 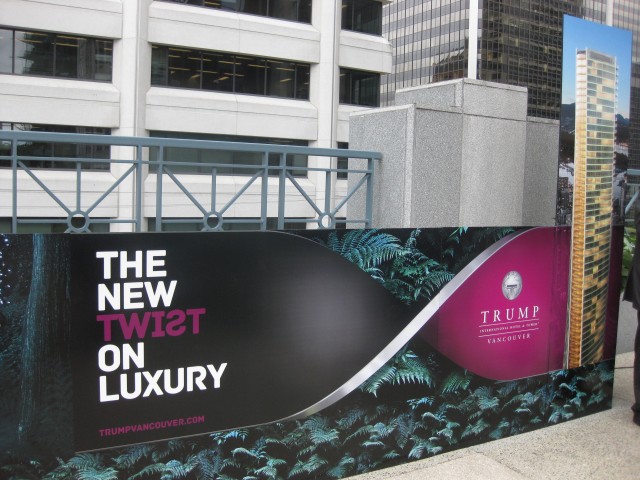 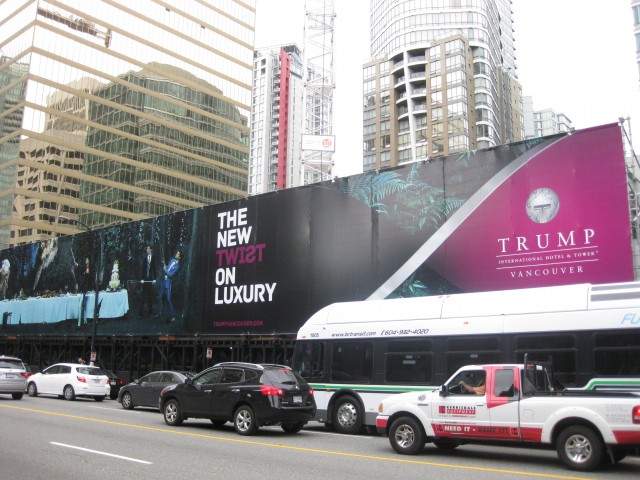 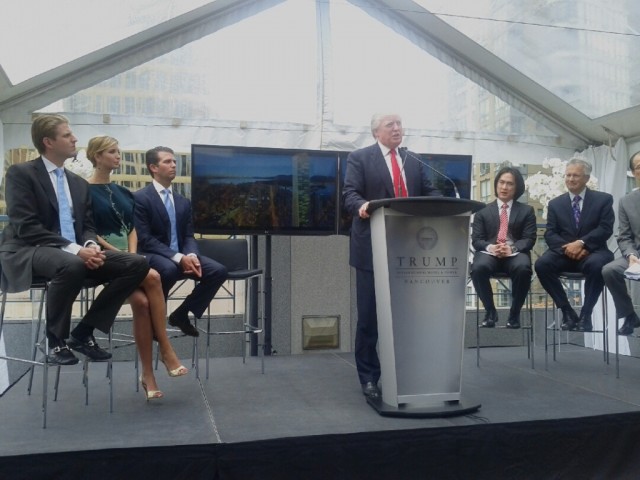 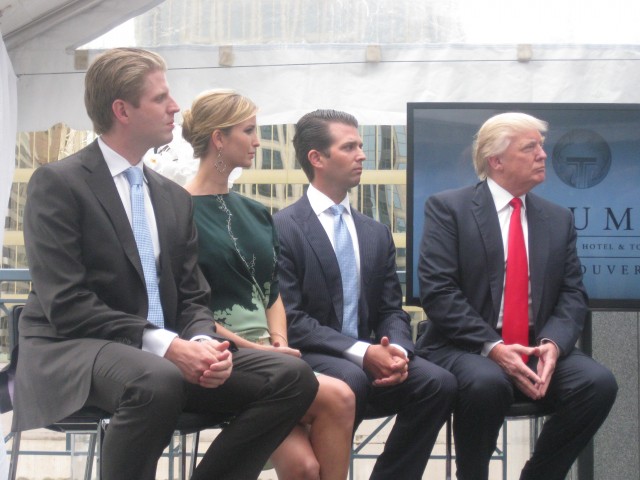 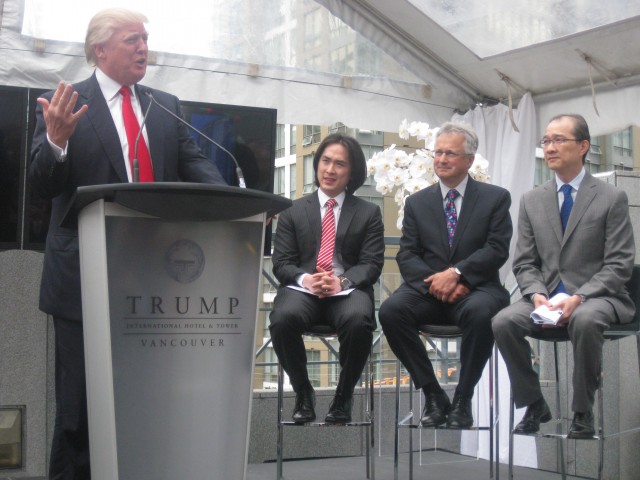 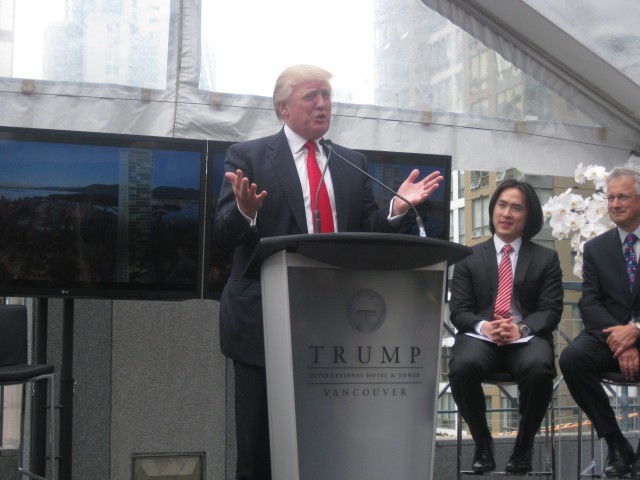 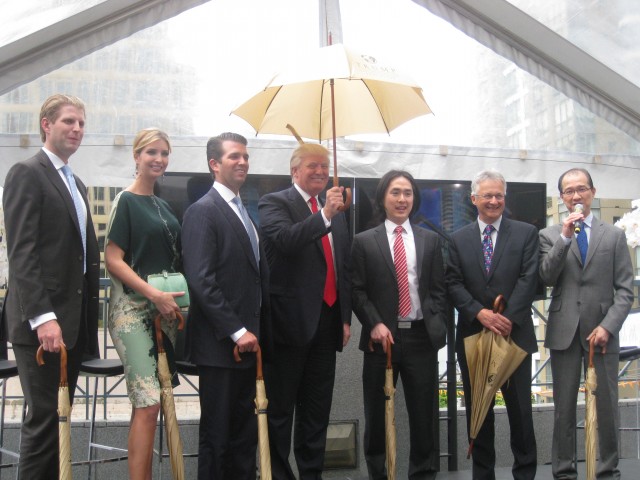 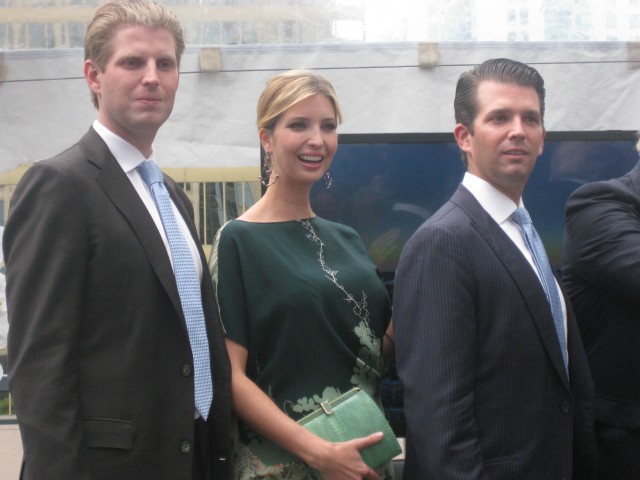 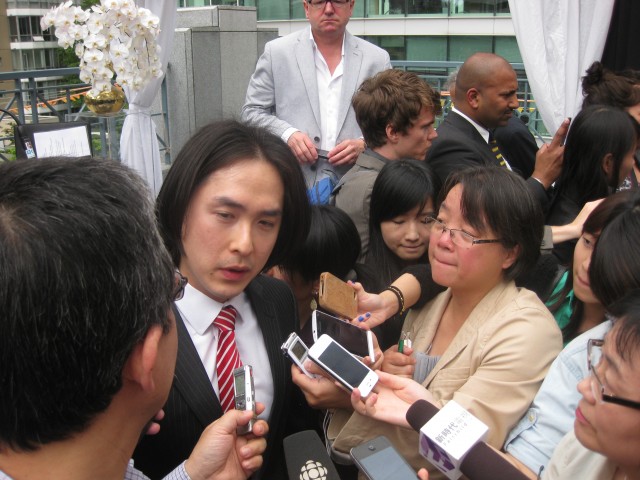 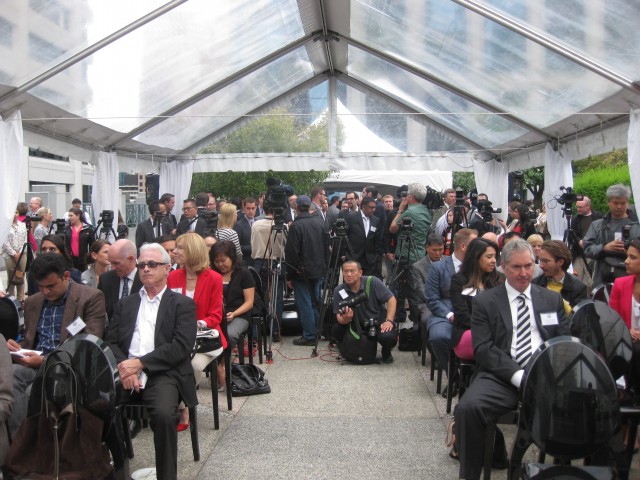 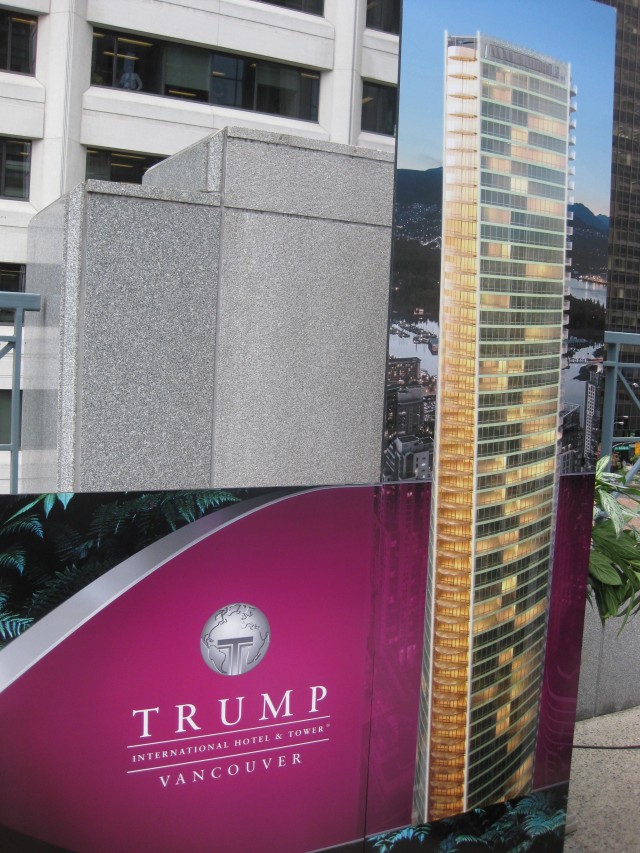