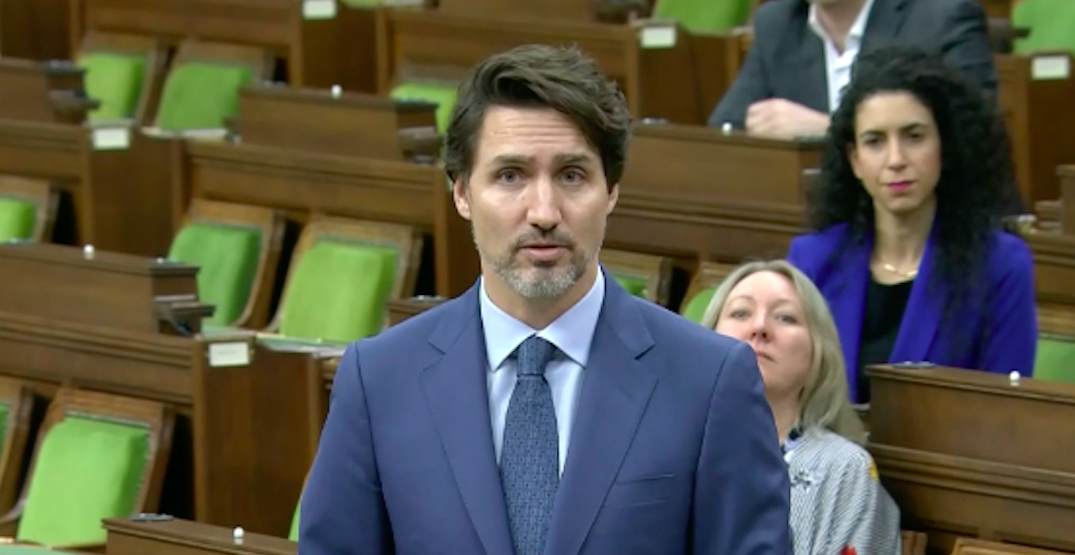 In a special recall of the House of Commons on Saturday, Prime Minister Justin Trudeau alluded to the battle of Vimy Ridge while speaking about the current battle being waged in Canada – and around the world – against coronavirus.

Trudeau made the comments as the House of Commons was recalled to pass the legislation needed to enact the Canada Emergency Wage Subsidy (CEWS) which was announced last month.

During his address, the prime minister noted that the CEWS is the “largest Canadian economic policy” since World War II.

“As our generation faces its greatest challenge yet, we all stand on the shoulders of those who came before us and saw our nation through difficult, tumultuous times in our history,” he said. “One hundred and three years ago today, young Canadian soldiers  found themselves in the trenches in France… the next day they took part in the final battle for Vimy Ridge.”

Now, “on the eve of this sombre anniversary we remember their courage and sacrifice. These were trials that shaped our country, and more, its citizens, and now, once again, we are being tried,” he said. “Everyone of us has role to play in shielding our country from the threat it now faces.

“And while the battle against COVID-19 isn’t a ‘war’ in the traditional sense of the word, that doesn’t make this fight any less destructive, any less dangerous,” said Trudeau.

Instead, “the frontline is everywhere; our homes, hospitals, care centres, grocery stores, pharmacies and gas stations,” he said, calling the people who work in these places “modern day heroes.”

These workers, he said, “are separated from their family, and risking their own health, they head to work work every day so that we can eat, heal, and do our part.”

In hard times, said Trudeau, “courage and strength are not defined but what we say or do loudly in public, but by the actions we take quietly in private – like staying home. Even as we stand apart, we stand united in our resolve to do what we must until COVID-19 is defeated.”