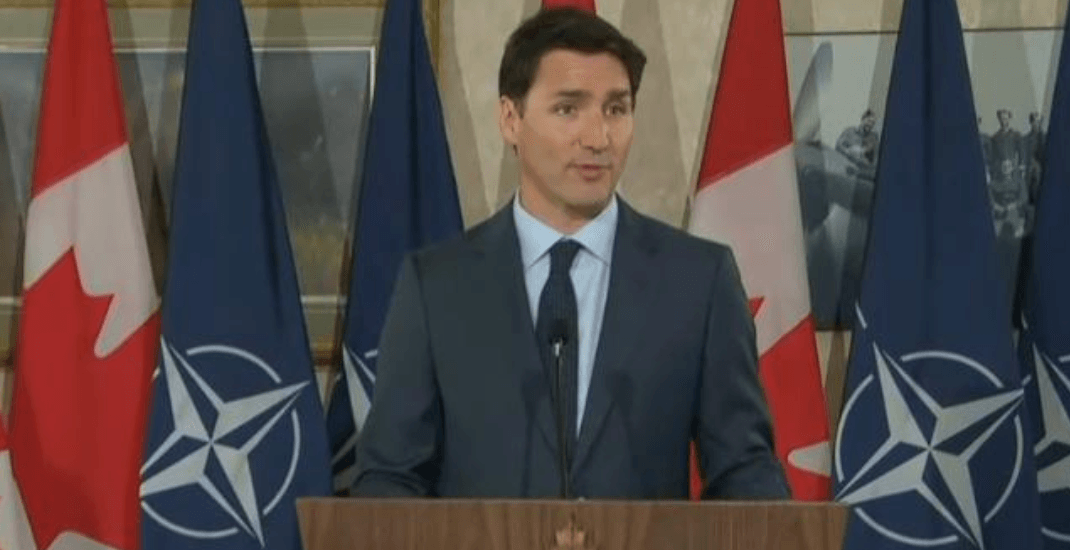 Prime Minister Justin Trudeau responded to US President Donald Trump’s racist tweets telling four Democratic congresswomen to “go back” to the “totally broken and crime infested places from which they came.”

On July 14, Trump sent out a series of tweets reportedly directed at Representatives Alexandria Ocasio-Cortez, Rashida Tlaib, Ilhan Omar, and Ayanna Pressley who have openly criticized Trump for his policies at the US-Mexico border.

Trump said it was “interesting to see ‘Progressive’ Democrat Congresswomen who came from countries whose governments are a complete and total catastrophe” speaking on how the US government should be run.

He then wrote they should “go back and help fix the totally broken and crime infested places from which they came” and then “come back” and show the US “how it is done.”

So interesting to see “Progressive” Democrat Congresswomen, who originally came from countries whose governments are a complete and total catastrophe, the worst, most corrupt and inept anywhere in the world (if they even have a functioning government at all), now loudly……

….and viciously telling the people of the United States, the greatest and most powerful Nation on earth, how our government is to be run. Why don’t they go back and help fix the totally broken and crime infested places from which they came. Then come back and show us how….

….it is done. These places need your help badly, you can’t leave fast enough. I’m sure that Nancy Pelosi would be very happy to quickly work out free travel arrangements!

Ocasio-Cortez, Talib, and Pressley were all born in the US. Omar was born in Mogadishu, Somalia, and immigrated to the US when she was 12-years-old.

At a press conference on Monday, Trudeau was asked what he thought of Trump’s comments.

“I think Canadians and people around the world know exactly what I think about those particular comments,” he said.

“That is not how we do things in Cda. A Canadian is a Canadian is a Canadian.
And the diversity of our country is actually one of our greatest strengths,” PM Trudeau says when asked by media at CFB Petawawa if he thought Trump’s tweets about 4 congresswomen were racist #cdnpoli pic.twitter.com/HucbF78aRV

Trump addressed his comments with reporters on Monday and did not offer an apology for his racist tweets.

President Trump Hosts the Made in America Showcase https://t.co/R1RKFG7Mao

“As far as I’m concerned, if you hate our country. If you’re not happy here you can leave,” he said.

“These are people that in my opinion hate our country. Now you can say what you want but get a list of all of the statements they’ve made. And all I’m saying that if they’re not happy here they can leave. They can leave. And you know what? I’m sure that there will be many people that won’t miss them.”

Omar, Pressley, Ocasio-Cortez, Pressley, and Tlaib, held their own press conference on Monday to share their thoughts on the President’s racist rhetoric.

Rep. @Ilhan Omar: “It’s time for us to impeach this president.”

Ocasio-Cortez sent a message to children in America, reminding them that the country belongs to everyone “no matter what the president says.”

Omar said Trump was looking to divide the US “based on race, religion, gender, sexual orientation, or immigration status,” and called for his impeachment.

“This is his plan to pit us against one another, this is how he can continue to enrich his friends and distract us from the detrimental policies that his administration is pushing for. We can either continue to enable this president and simply report on the vile of garbage that comes out of his mouth or we can hold him accountable for his crimes,” she said. “It is time for us to stop allowing this president to make a mockery out of our constitution, it is time for us to impeach this president.”