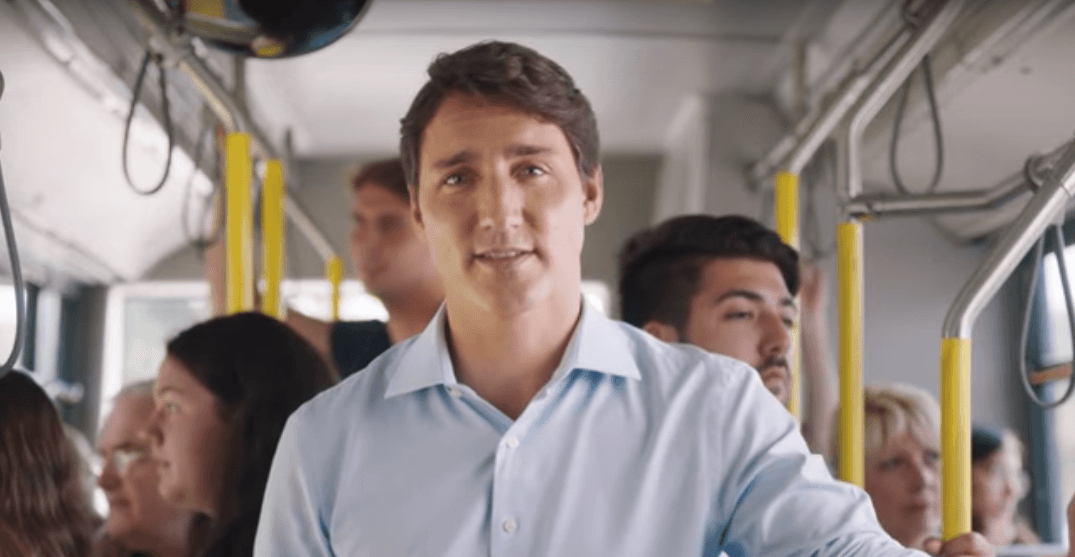 With less than three months to go until Canadians head to the polls, the federal Liberal Party has unveiled their election slogan in a new video, which features Prime Minister Justin Trudeau touting his party’s achievements, while simultaneously taking aim at the Conservative Party.

“I got into politics to help people,” says Trudeau while standing on a bus, as the video begins.

Conservative politicians, he charges, have a “different” approach.

He then speaks about how the Conservatives “tried to stop” moves and policies by his party, which included the creation of the Canada Childcare Benefit, as well as his party’s “real climate plan.”

This October, he continues, Canadians have a choice to make: “Keep moving forward and build on the progress we’ve made, or go back to the politics of the Harper years.

“I’m for moving forward for everyone.”