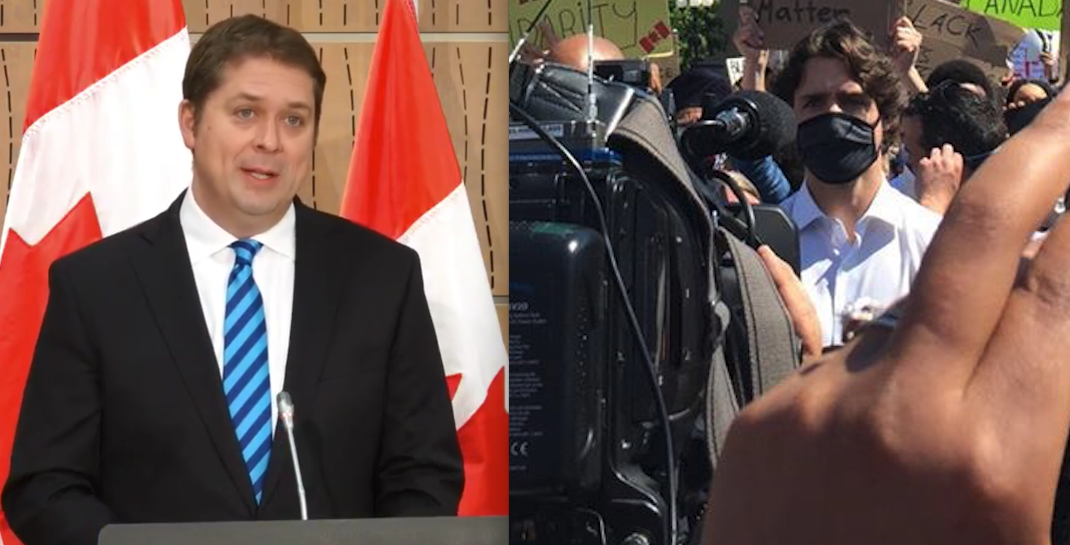 On Friday, Trudeau took part in an anti-racism demonstration in Ottawa in solidarity with George Floyd, a Black man who died at the hands of a white police officer in Minneapolis last month.

In a press conference Monday, Scheer expressed dismay with the prime minister, arguing that many other Canadians have been distancing and staying at home due to the ongoing pandemic.

“I understand why people are upset and confused,” stated Scheer.

In his Monday briefing, Trudeau also addressed his attendance at the protest, saying it was important for him to be part of the event and to be able to listen to people.

Additionally, Trudeau said the reality is that many people in Canada “don’t feel protected by the police. In fact, they’re afraid of them.”

“That alone would be bad enough. But systemic discrimination and racism in Canada goes much further than just policing,” he said.