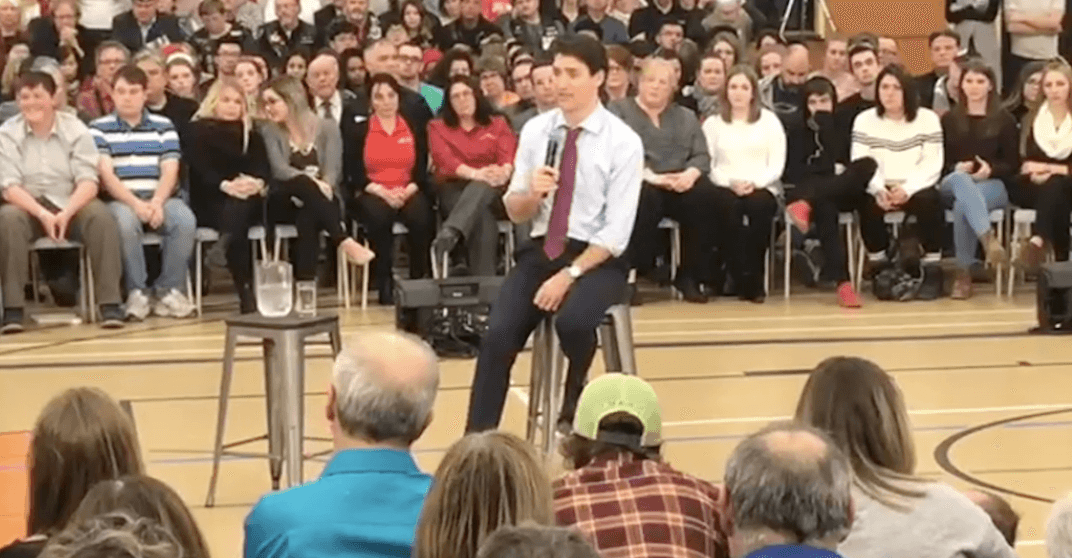 Weeks after “taking full responsibility” for his mistake, Justin Trudeau’s violation of the Conflict of Interest Act returned to haunt him.

The Prime Minister kicked off his town hall tour across Canada on Tuesday night in Lower Sackville, Nova Scotia. There were no pre-screening of questions and no edits at the event.

Which is how a woman in the audience was able to ask Trudeau how it felt to be found guilty of a federal crime.

Wearing a white T-shirt with a Canadian flag, and a Canada hat, the Nova Scotian asked, “I was just curious how you feel about being the first prime minister ever found guilty of a federal crime.”

Initially, Trudeau joked about the question.

”As you can see, we thoroughly vetted the questions before showing up tonight,” he said, before asking for clarification on her question. “What crime is that?” 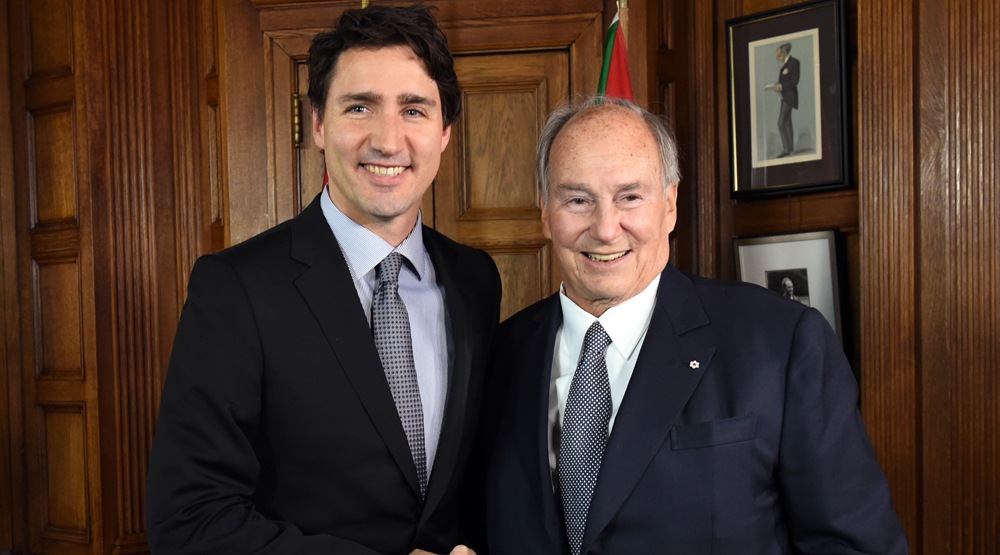 “Well there’s the ethics commissioner who said that you going to the Aga Khan Island on a helicopter was actually deemed to be a federal crime,” she responded, while further clarifying that Trudeau’s relationship with the Aga Khan and the Prime Minister shouldn’t be giving money to his foundation.

“And if he is a lobbyist, and you are giving money to his foundation, you probably shouldn’t take bribes from him,” she added.

The audience member is referring to Trudeau’s family vacations on the Aga Khan’s private island from December 26, 2016 to January 4, 2017, and two previous trips to the island in December 2014 and March 2016.

Trudeau said that this shows, through the ethics commissioner, that “the system works.”

He said that moving forwards, he will clear vacations in advance with the commissioner.

“Every single one of my vacations will be cleared in advance with the ethics commissioner because its really, really important to me, to highlight that we follow the rules,” Trudeau said.

Watch the video below, as Trudeau answers the tough question at the 37:00 minute mark.