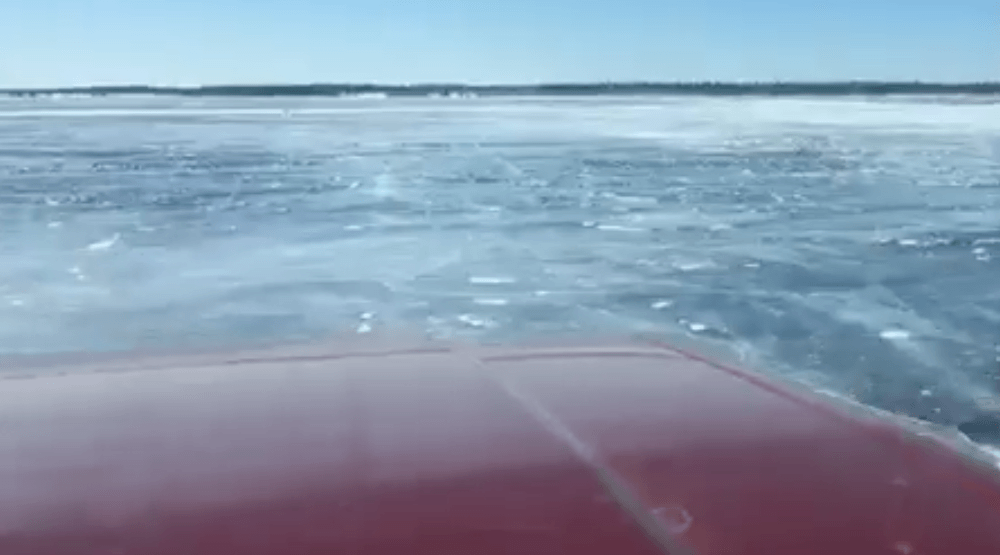 This is some very scary stuff.

A Facebook video of a truck attempting to drive across, and then crashing into, Lake Winnipeg’s frozen waters has been making rounds on social media.

The video, posted by Ko’ona Cochrane on her Facebook page, shows the truck making its way across the frozen lake– until it hits a patch of unstable ice and falls into the cold waters.

The shrieks of a woman and man can be heard as the camera footage becomes shaky.

“Oh my goodness,” a woman can be heard saying. “Oh my god.” The camera keeps rolling, as the individuals inside attempt to get out.

A second video posted on the page with the caption “Alive but need a ride STILL!” shows a man and woman- presumably those involved in the scary crash- asking for a ride after the incident.

Daily Hive reached out to the Winnipeg’s Arborg police detachment, and Ko’ana Cochrane. They were unavailable for comment at the time.