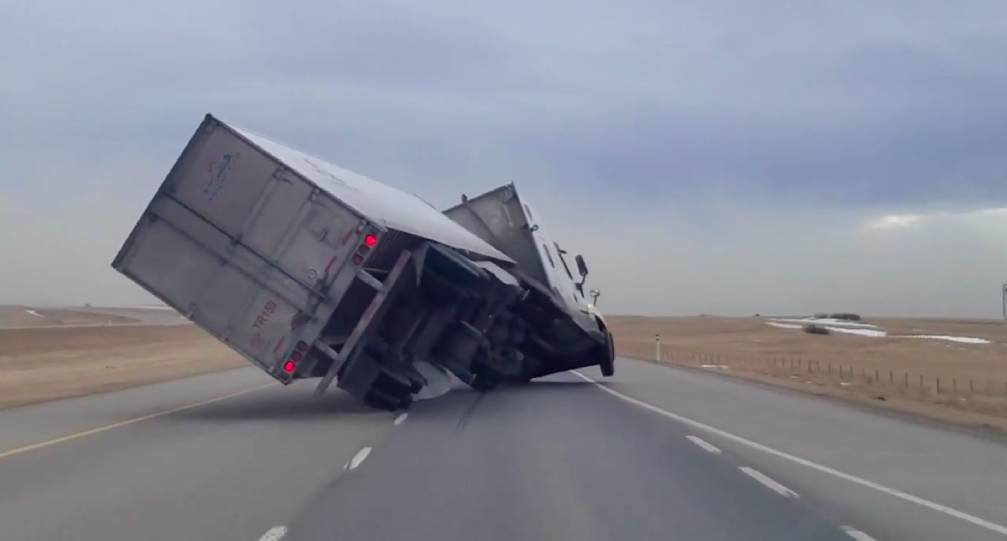 In the middle of a wind warning that affected much of Southern Alberta on Tuesday, astonishing footage was taken of a transport truck toppling over across the highway.

Video captured by @KyleTWN of a transport truck blown over in southern Alberta on Tuesday demonstrates the power of extreme winds impacting parts of the Prairies through Thursday.

Brittain said crosswinds had become very intense along the stretch of Highway 2 where the truck toppled.

Wind gusts managed to reach as high as 90km/h in the area of the crash, just south of Granum, AB.

In a detailed report, the Weather Network said a “potent winter storm” was set to blast the Prairies, and recommended against travel.

In its weather warning, Environment Canada said that winds could be strong enough to cause damage.

The rest of Alberta has also been experiencing extreme weather conditions, with winter storm, freezing rain, and snowfall warnings being issued in several areas.