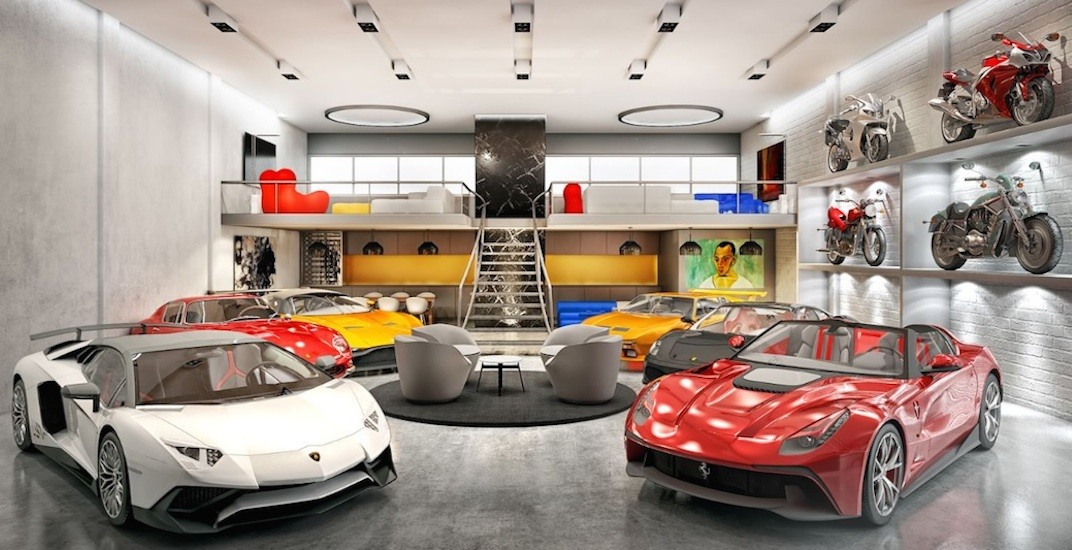 An upcoming development in Richmond will become one of Metro Vancouver’s most prized properties, but not for the reason you might think.

When complete, TROVE could potentially be home to well over $100 million worth of luxury vehicles – a place for car enthusiasts and collectors with disposable cash to buy a residence for their prized supercars, whether it be a $300,000 Lamborghini or even a $3-million Bugatti. 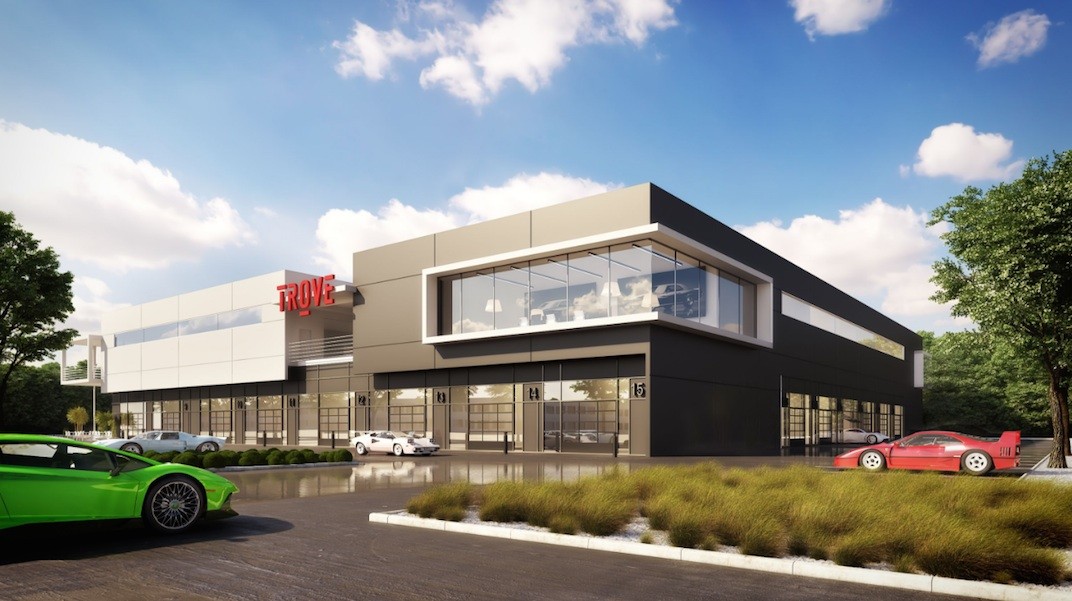 And there evidently is a demand for such a development, as within a week of sales 64% of the units have already been reserved.

Located at 13571 Sparwood Place at the foot of Knight Street, where it meets Westminster Highway, there will be 45 luxury automative storage condominium units, ranging from 1,000 sq. ft. to 2,500 sq. ft. with a mezzanine, in a new purpose-built, two-storey building.

Owners will have the ability to outfit their space with their own design or one of four themed interior packages inspired by places around the world known for supercars, namely Maranello, Stuttgart, Goodwood, and Detroit. 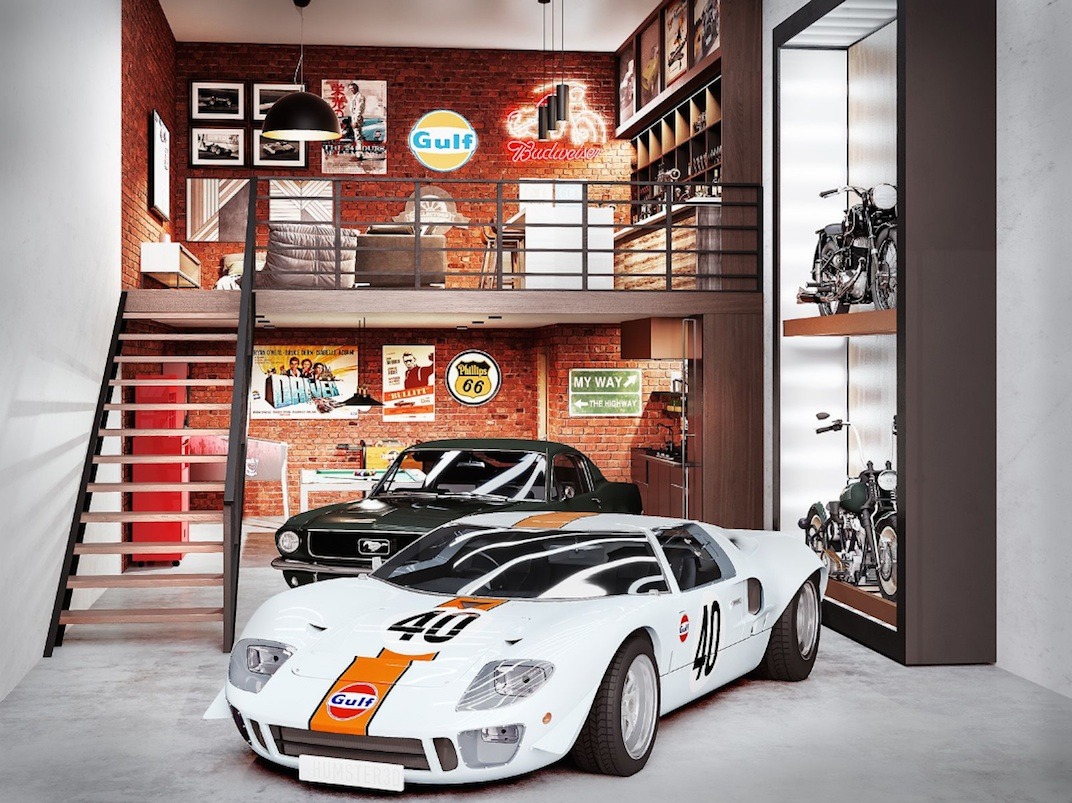 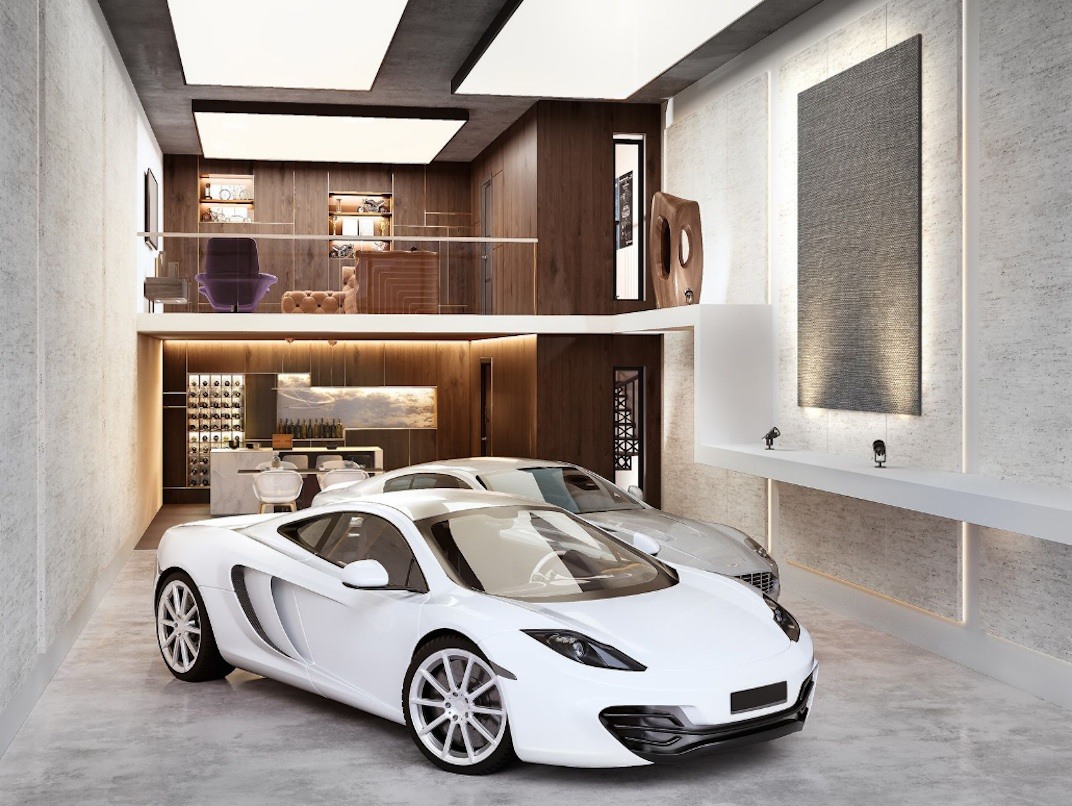 Goodwood, taking its themes from private members club and the essence of quality and refinement.
(NoTriangle Studio/Hungerford Properties) 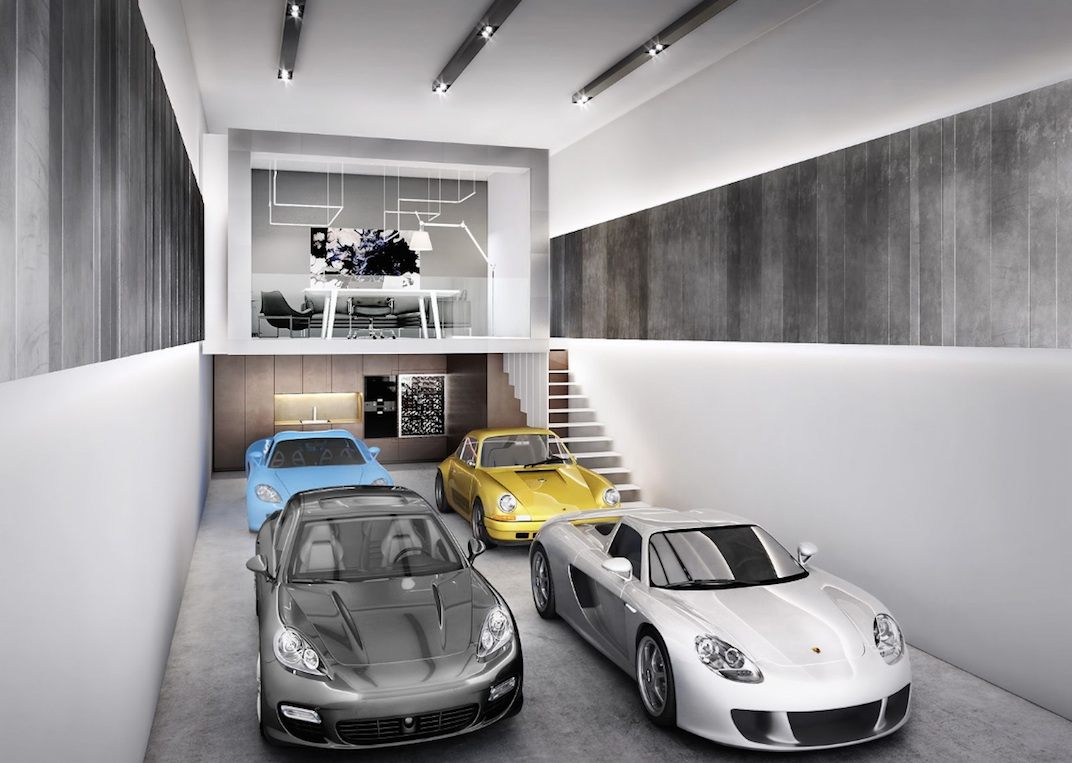 Stuttgart, a German-themed design that focuses on the art of engineering and precision. (NoTriangle Studio/Hungerford Properties)

With the customization, the units can also double as an owner’s personal urban hangout, workshop, and private office, or even spaces for wine storage, sports memorabilia, personal art gallery, entertainment space or RV, boat or motorcycle storage. Each unit will have roughed-in connections for high-speed internet, cable, and telephone.

As an extra amenity, exclusive members will have access to the TROVE Club, a 1,700-sq-ft clubhouse with a full kitchen, private dining area, and a lounge that opens up to the outdoor patio.

For units on the second level of the complex, vehicles will access the floor by using one of two heavy-lift vehicle elevators. There will also be a passenger elevator for access to the second floor.

First of its kind in Metro Vancouver

“We’re really excited about TROVE,” says Michael Hungerford, a partner with Hungerford Properties, the Vancouver-based company behind the development.

“It is the first of its kind in Vancouver, and with Vancouver as the number one per capita luxury supercar market in North America, we are confident it will be popular amongst buyers and investors who share a passion for cars. As such, TROVE will be much more than storage; rather, it will be a network and community of elite car lovers.”

The development is scheduled for a spring 2019 completion. 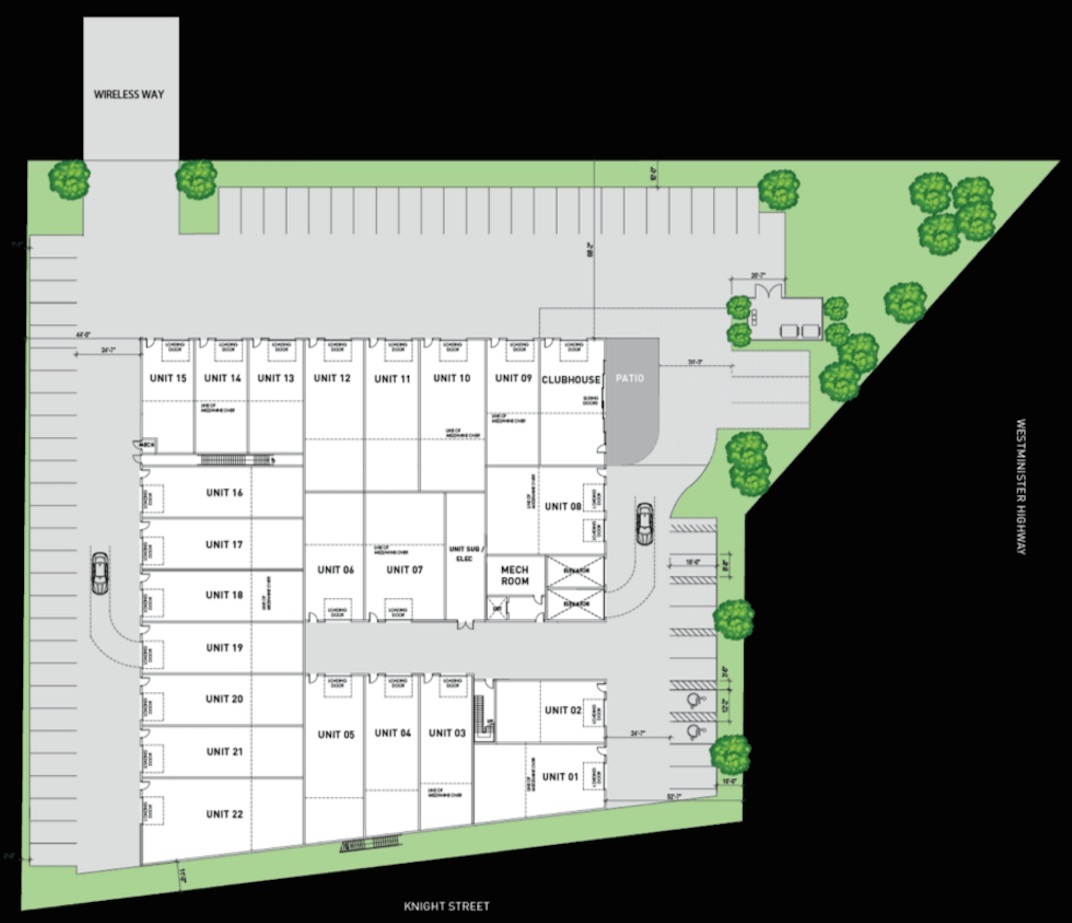 Layout of the first floor of TROVE. (Hungerford Properties) 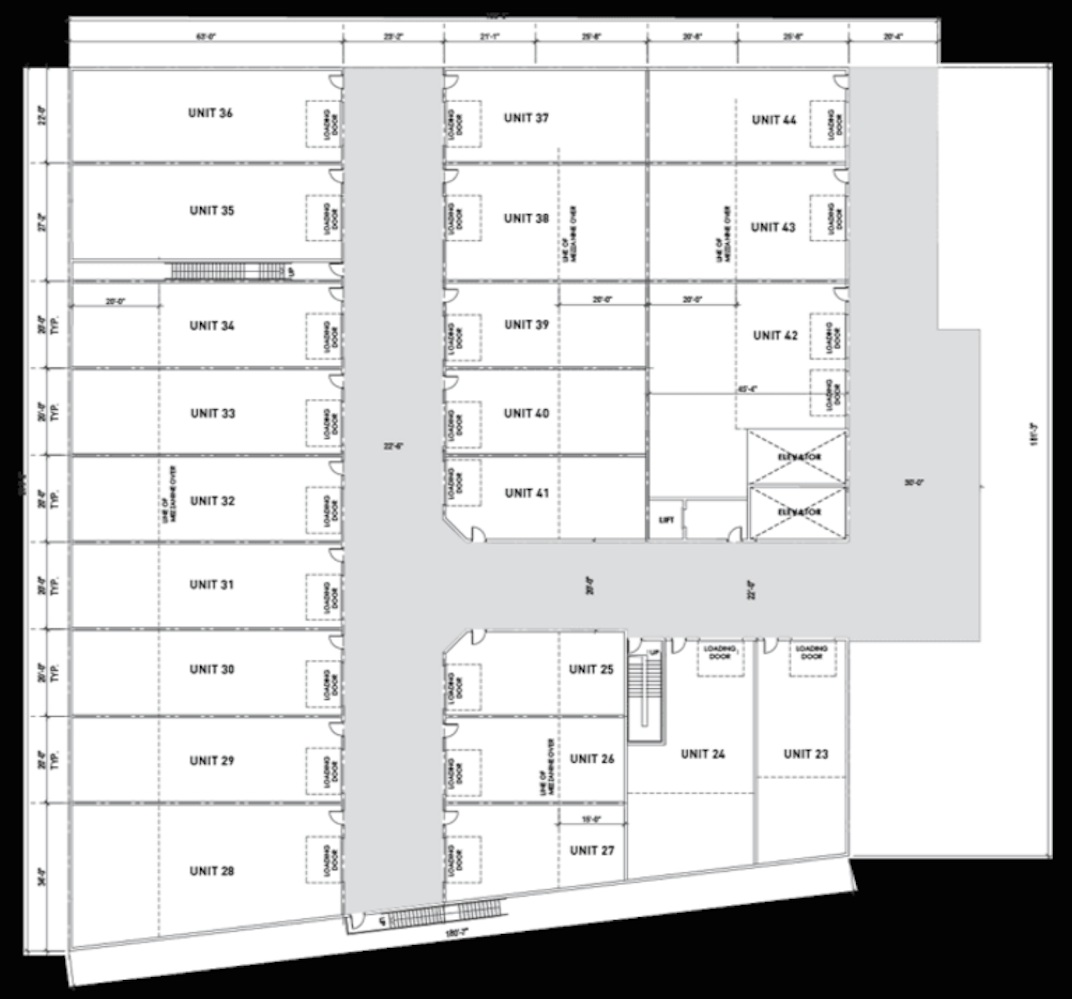 Layout of the second floor of TROVE. (Hungerford Properties)