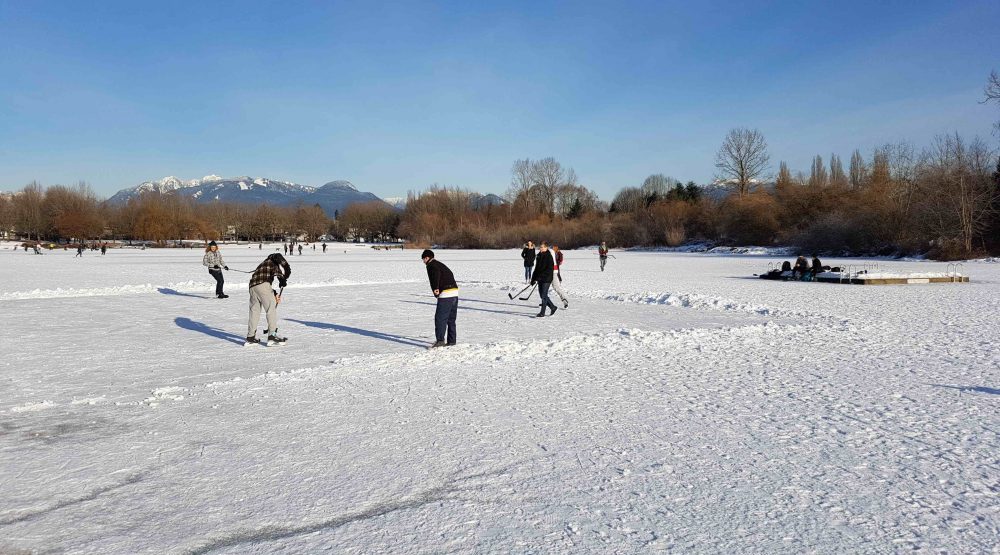 Yesterday evening the Vancouver Park Board announced that Trout Lake in East Vancouver was officially open for ice skating given that it has completely frozen over.