The first Vancouver Social Media Awards created by the Social Media Network and presented by Vancity Buzz is coming ever closer on March 28th, 2013. Last month on January 10th, the organizers of the Social Media Awards threw a big VIP party that featured Vancouver’s top influencers at Pink Elephant Thai. One of the features of the party was the unveiling of 10 specially designed Kidrobot Munnys (vinyl toys) that will be used as trophies for the winners. They were designed by local Vancouver artists as well as employees from HootSuite and East Side Games, local tech start ups.

Two of the trophies were created by Kyle McQueen and John Marinakis, lead artists for East Side Games, Dragon Up and Pot Farm games respectively. Between them they had several years of classical animation experience in Vancouver. The Munnys they created were directly inspired from Dragon Up and Pot Farm.

We had a chance to sit down with Kyle and John to ask about their creations for the Social Media Awards. 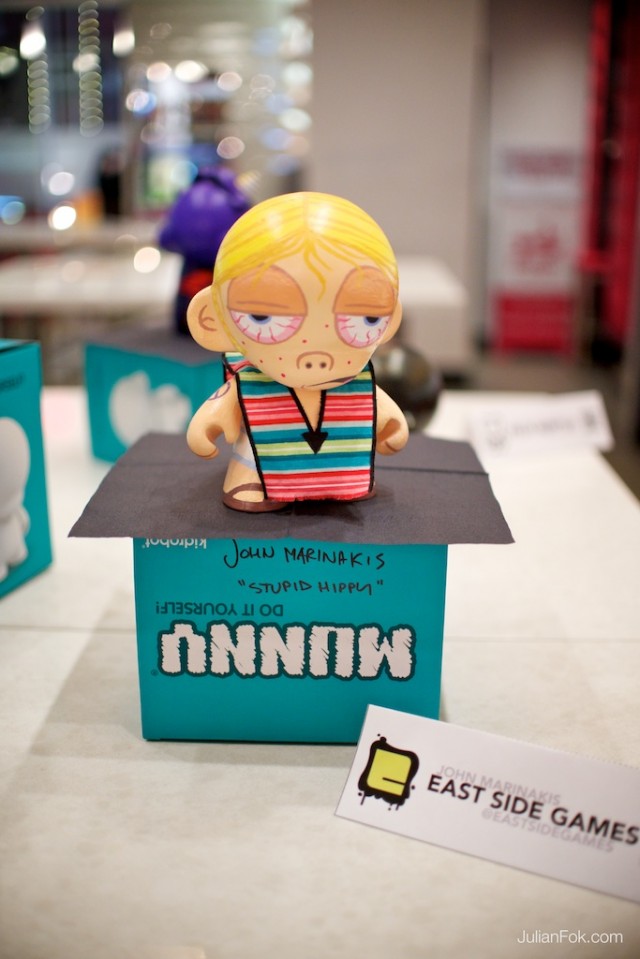 What were you aiming to convey through the Munnys?

Kyle: I wanted to make the Munny unique so I got rid of the arms and changed the body and head to make it fit the shapes you find in the dragons in Dragon Up. The Distinguished Dragon was perfect in representing the “formality” of the awards.

John: This Munny reflects what Pot Farm sensibility is all about, make it gross and funny at the same time. A stoned hippie wearing a poncho and underwear is just that. Don’t check his backdoor if you know what I mean! 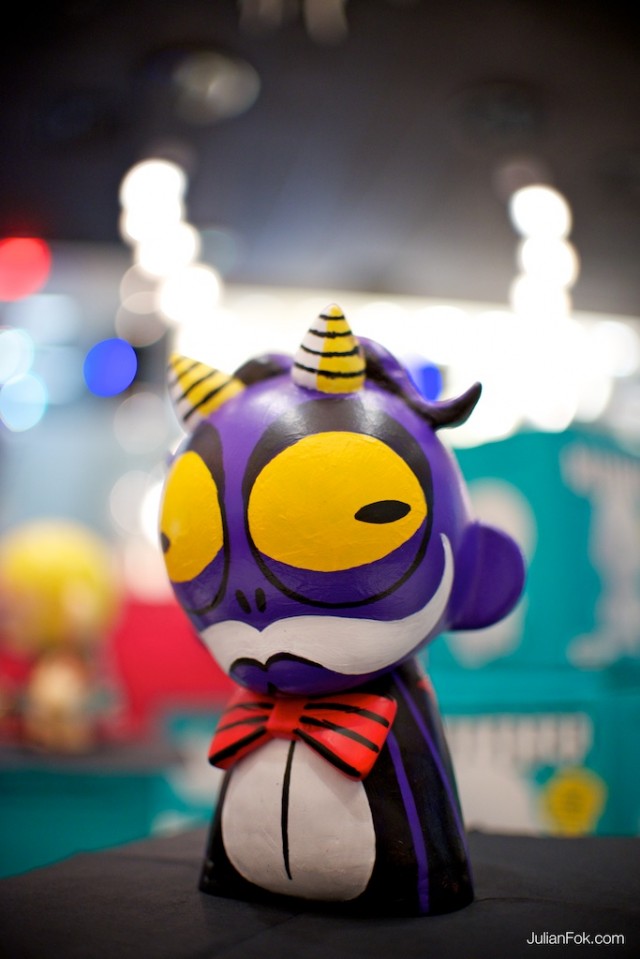 Where do you draw your inspirations from?

John: I draw references from pop culture and the 70s era of comic books like the underground classic, Freak Brothers. Pot Farm likes to keep things fun, humorous, and silly with a touch of depravity. We poke fun at stereotypes.

Kyle: Depends on the game. Creating art for a video game is like creating the personality of the game. Dragon Up specifically is inspired from old Scandinavian woodcuts and tapestry. You definitely want to create a unique look for your game.

Pot Farm was featured 2 weeks ago on Mashable as one of ten bizarre Facebook games. Pot Farm fans made the article one of Mashable’s most discussed article for the week.

Meanwhile, Dragon Up had its worldwide launch on the iOS App Store last week and let’s users hatch and collect a whimsical flock of dragons. It features gorgeous hand animated visuals, go check it out for free right now!

The Vancouver Social Media Awards is currently holding public voting so head on over to vote on your favourite nominees! Ticket sales are also open for the night of the event at their Eventbrite website!