When it comes to food, what’s happening right now in Vancouver is exciting for diners, and it’s exciting for chefs, too. One of the chefs deep in the mix of the city’s vibrant food scene is Trevor Bird, whose Kitsilano eatery Fable has secured its role in the local eating lexicon as a go-to for farm fresh fare.

Though “farm-to-table” has always been the backbone of much of the restaurant industry in beautiful British Columbia, where the access to fresh seafood and produce is the best in the nation, it has only become a buzzword in the food scene in the last five or so years. During this time, Bird took the leap from working in someone else’s restaurant kitchen to television’s now-defunct “Top Chef Canada,” (he was the runner-up in Season 2) then into the restaurant business with Fable.

One of Bird’s goals is for Fable to become as storied as other Vancouver dining institutions as an incubator for culinary talent. Bird handily admits that the balance has tipped in favour of honing his business skills; he says he feels he’s almost hit capacity in terms of cooking, and would rather step aside so that his eager staff can gain the experience needed to move ahead.

“I have such a talented staff, and I want to give them the next opportunity,” explains Bird during the break between lunch and dinner service. “Any career has a lifespan. After you’ve been slugging it out on the line for 16 years you’re kind of like, ‘well, now what?’ I can cook. You can put me on any line in any restaurant, and I can cook whatever you want me to cook. […] I understand food at another level. I want to help my staff get to the next level.”

Bird is invigorated by the ambition of the people in the Fable kitchen, and for him it is that next wave of chefs that are part of what is making Vancouver such a draw for up and coming chefs. 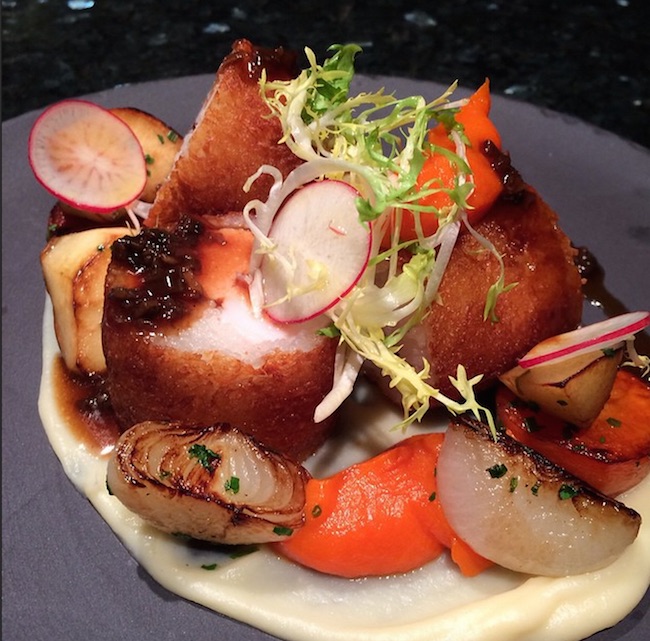 “There are a lot of chefs here who are driven,” Bird says of Vancouver at large. Drive, plus the elevated status of the farmer in the foodie ecosystem, is what Bird credits for the city’s recent upswing in credibility worldwide for our dining scene. With farmers in the mix, chefs have the opportunity to be “in closer contact with where their food is coming from” in a city like Vancouver these days.

Not wanting the norm is a core part of Bird’s approach to life and cooking. “I don’t know how to cook in a corporate gig,” explains the chef. “If you put me into a Cactus Club scenario I’d have no fucking idea how to run it,” he admits, without a hint of disrespect to the popular Vancouver chain. For Bird, how a larger-scale operation works is not what he’s been perfecting at FABLE these past couple of years, where it’s all about small-scale, in-house, farmer-direct sourcing.

Biting off a smaller, more focused bite of the culinary pie is something Bird came around to early in his cooking career. “I started off working at Boston Pizza, and I realized a lot of non-passionate people are working there–a lot of them are just there for the paycheque, and that’s fine. But I mean you carve your way out and eventually you come to your own place,” adds Bird. 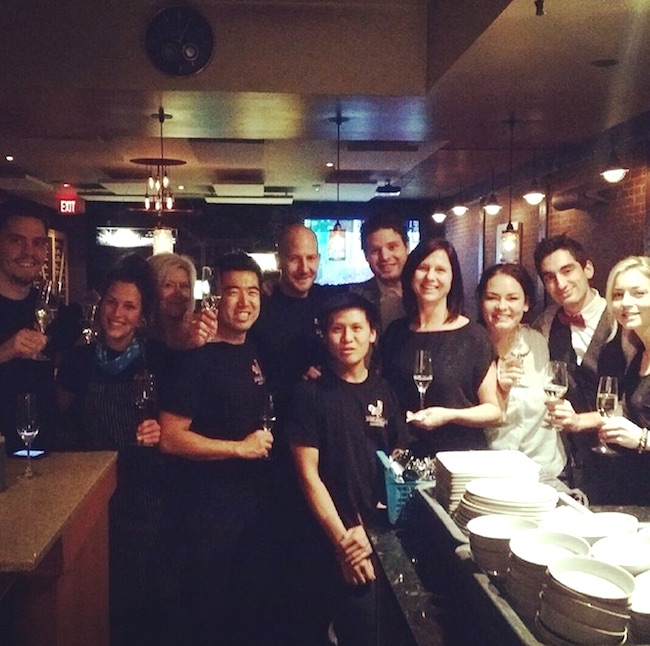 At Bird’s literal own place, Fable, things are ticking along for the chef, who runs the business with partners Ron Macgillivray and Kathy Schleyer. He continues to let ingredients drive the menu, always within the comforting parameters of seasonality. He’s excited about the new greens they’re bringing in, about his next visit to the farmers’ market to see what’s coming in, and for the late summer tomato season (tomatoes are his favourite, he says).

Though Canada’s outpost of the hallmark television pro chef competition has come to its end, the legacy of the “celebrity chef” endures, and still seems to be captivating the country’s diners. Bird, however, has been disconnecting himself a bit from that world in order to focus on what he’s got gong on.

“I stopped following a lot of [famous] chefs on Instagram and Twitter because it makes you compare yourself to them, and it makes you feel like even though you’re doing a great fucking thing, it makes you feel pretty insignificant at times. It’s like a mental fuck,” says Bird. He points to San Francisco-based chef Chris Cosentino’s regretful public admission late last year that he wished he hadn’t taken time away from cooking to do TV shows; for Bird the takeaway is “if you want to cook, fuck everything else and be on the line, and cook.”

Bird also doesn’t think restaurants can hide behind their Instagram feeds or Tweets. Social media can be a helpful tool for promotion, but you can’t fool everyone for long. “If your restaurant sucks, it’s going to suck,” says Bird. The chef points to some of his neighbouring restaurants, like Oakwood and La Quercia, as examples of great Vancouver restaurants who don’t need to be hyper-active on Twitter in order to sustain their deserved success.

Though there is inspiration to be drawn from his peers in Vancouver, Bird says it takes traveling to other places to find culinary ideas to import home–it’s no fair copying your buddy down the street. Bird is also not flipping the pages of any of the glut of cookbooks on the market; he feels like the cookbook industry has become overrun with tomes so much that really inspiring cookbooks aren’t being made anymore. That leaves Bird happily where he is, helping his staff find success in the industry and focusing on the restaurant business.

“I’m very comfortable with my style of cooking, and I know what I like to cook,” asserts Bird. “I look for cool new raw product and think about what I’m going to do with it. But I’m very simple with my food. I just cook simple food properly, at the end of the day.”

Trevor Bird will be welcoming Carl Heinrich (Toronto’s Richmond Station restaurant), who took the title of “Top Chef Canada” in the show’s second season, for a sold-out collaborative dinner at Fable as part of the expanded programming of events of EAT! Vancouver.

Vancity Buzz is proud to be the exclusive online media sponsor for EAT! Vancouver