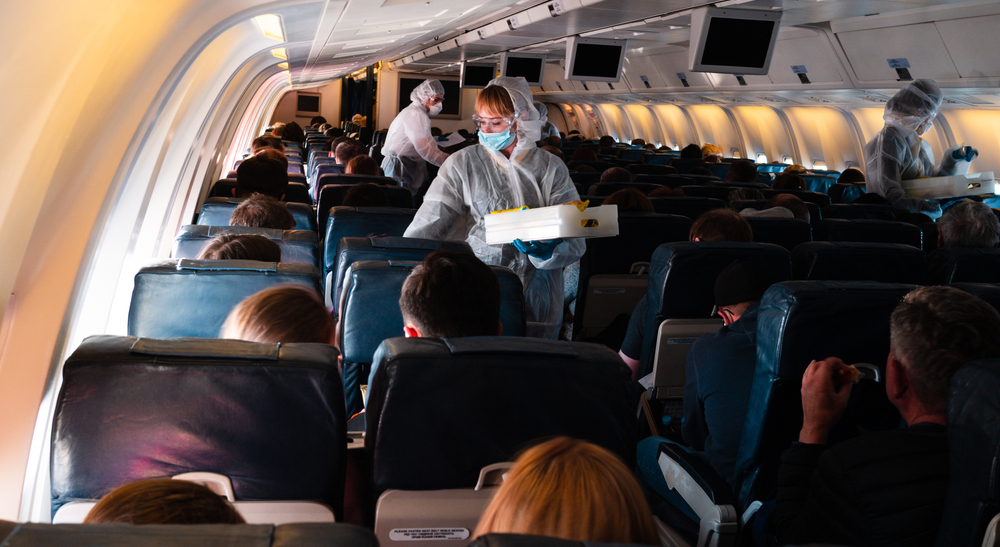 The first fines for not complying with mandatory face-covering requirements on aircraft have been handed out by Transport Canada.

According to a release, the agency issued the first two monetary penalties in Canada for breaking the Interim Order to Prevent Certain Persons from Boarding Flights in Canada due to COVID-19, to two travellers on separate flights.

“Two individuals have been fined $1,000 each for refusing to follow the direction from the aircrew to wear their face coverings,” Transport Canada said.

The first incident reportedly occurred on June 14 on a WestJet flight from Calgary to Waterloo.

While the second incident occurred on July 7 on a WestJet flight from Vancouver to Calgary.

Under the interim order, travellers must comply with any instructions given by a gate agent or a crew member with respect to wearing a face covering, according to the government.

All travellers also must have a face covering with them prior to boarding and are required to keep them on at all times while boarding, during the flight, and “from the moment the doors of the aircraft are opened until the person enters the air terminal building.”

Exemptions include while eating, drinking, and taking medicine.

The policy was put into place in April, to allow people to travel safely during the pandemic, though the government has said it is not meant to encourage more travel.

“Canadians should continue to follow public health advice and stay at home if possible,” Minister of Transport Marc Garneau explained at the time.

“However, if you need to travel, wearing a face-covering is an additional measure you can take to protect others around you, especially in situations where physical distancing guidelines cannot be maintained.”

The fines also come at a time of increased dissatisfaction with air travel in Canada, as the Canadian Transportation Agency told Daily Hive it has received thousands of complaints about airlines since the start of the COVID-19 pandemic.

With files from Vincent Plana and Emily Rumball.