TransMigration tells us a story. A story inspired by painters Norval Morrisseau. A dance story that puts him at its centre, but that is not his biography.

Billy Merasty, who interpreted Morrisseau, was accompanied on stage by six dancers that represented the artist’s visions, dreams and his final ascension; as well as featured characters of Morrisseau’s paintings, such as the serpent and secret forest animals. Smith not only presented key moments of Morrisseau’s life – from his contrast relationship with Christianity to the troublesome episodes of his life, especially his battle with alcohol – but she also made his characters alive.

Thunderbird, a feature in Morrisseau’s works, repeatedly appeared in the dance piece; first interpreted by Smith and then, after the intermission, by Emily Law and Ceinwen Gobert. Dancers, who wore lightweight purple dressed, moved with lightness around the main character until he literally became “Copper Thunderbird”. 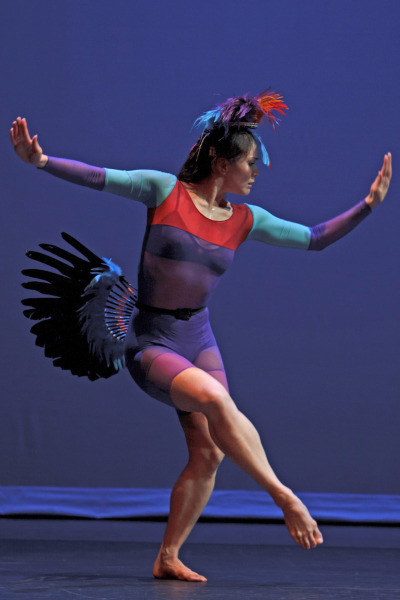 Dancers alternated moment of athleticism with grounded dances that evoked traditional dances; dancers’ modern techniques were overfilled with vibrations and tremors of their entire bodies, as if they were in a trance. Projections, costumes, created by Elaine Redding with Lisa Temple and Kathy Guitar, and Matthew Reicker’s lights contributed fulfilled a lack in the choreography, creating a dynamic and enjoyable show overall. 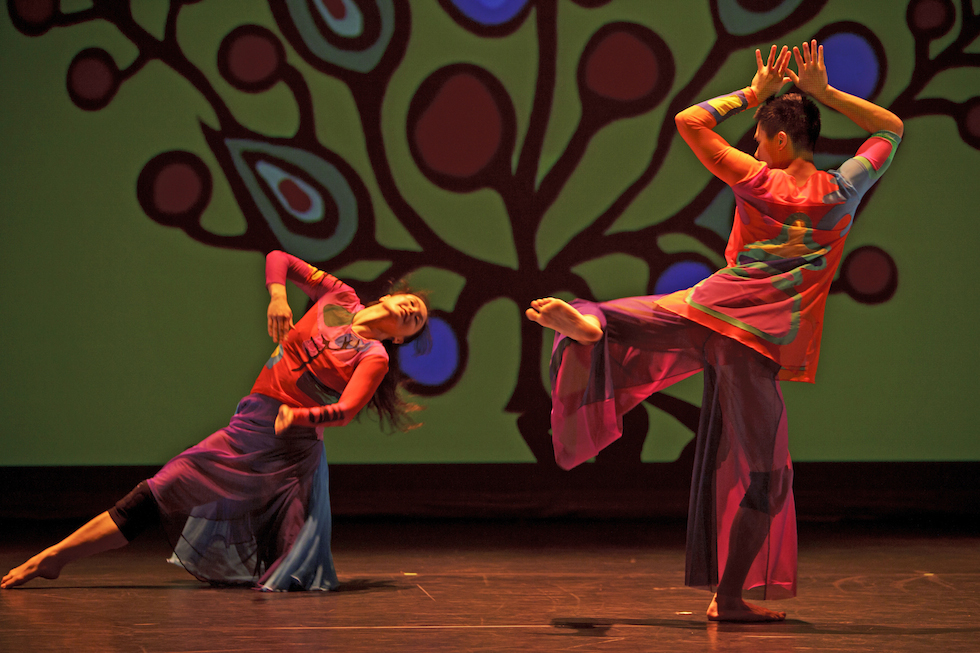 The “Astral Beings” and “Astral Hoop” scenes clearly demonstrated Smith’s ability to create a visual dance show. Dancers played with hoops moving them all around their colourful costumes. Lights and fast movement of bodies created shapes and that transported spectators in another dimension; at a certain moment, it was hardly possible to distinguish hoops and bodies. Smith brought her audience in the transformation of Norval Morrisseau.

TransMigration, a show that enacted Morrisseau’s transmigration – as the title suggests – from body to spirit, runs until March 21, at 8 p.m., at The Cultch. Matinee on March 21 at 2 p.m. and talk-backs after the show on March 21.