TransLink has been talking about its financial woes for quite some time now and it has led to the some service cuts as illustrated in the 2013 draft Base Plan, a three year plan looking at the direction of the Translink services. Could fare hikes be on their way?

TransLink will proceed with:

TransLink will not proceed with:

The reason for the cut in services are declining revenues. As gas prices rise, so does tax revenue collected from gasoline as individuals become more cost conscious. 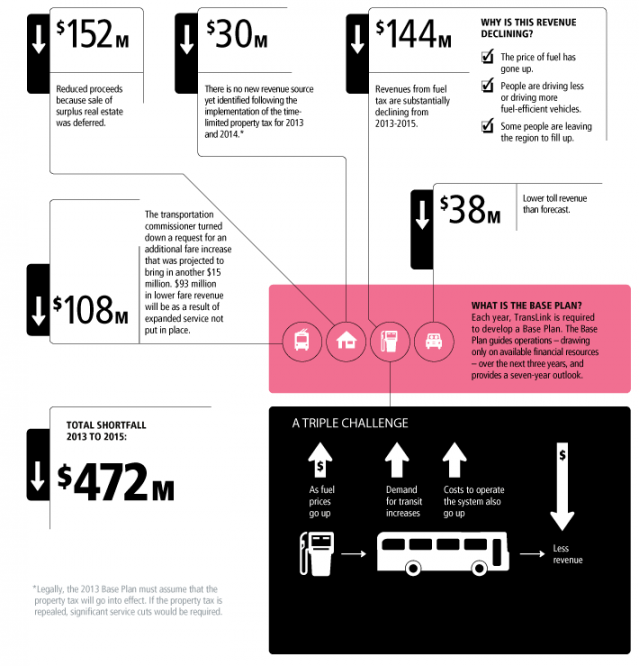 At the end of the day Translink has to find a way to get of out this financial mess or it will end up crippling what is a  decent public transit system. This financial mess will hurt future essential projects such asrapid transit down the Broadway Corridor to at least Alma, if not all the way to UBC and also LRT and/or rapid transit expansion south of the Fraser in Surrey.