On Monday, TransLink launched the new 96 B-Line service along King George Boulevard and 104 Ave. It will provide an express bus link connecting Newton and Guildford Exchanges via Surrey Central, and will run every seven to eight minutes. 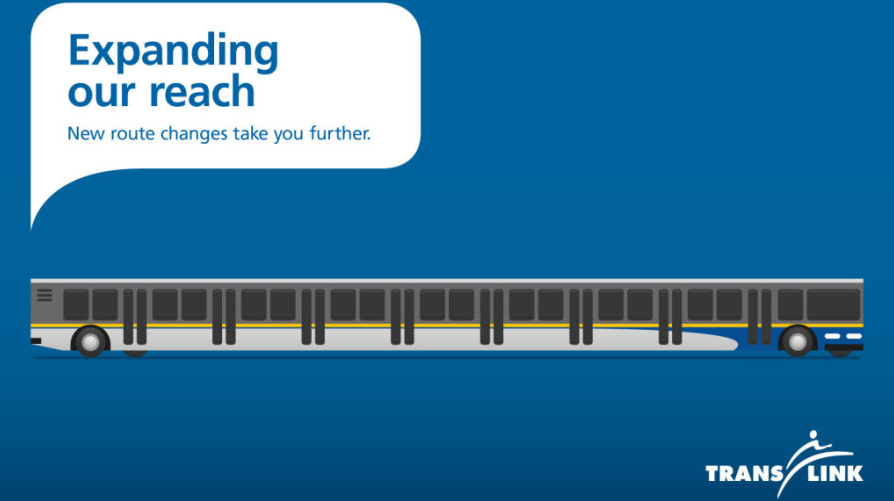 Another major improvement is coming to Surrey through service optimization: The 335 will be extended all the way to Newton Exchange via 152nd Street and 72nd ave, fulfilling a longtime customer request to provide service along 72nd Avenue, east of 144th Street.

TransLink does these service changes four times a year, to better match rider demand and ensure efficient use of their fleet. Look for similar changes every April, June, September and December!

You can also stay informed about route changes through the following channels: