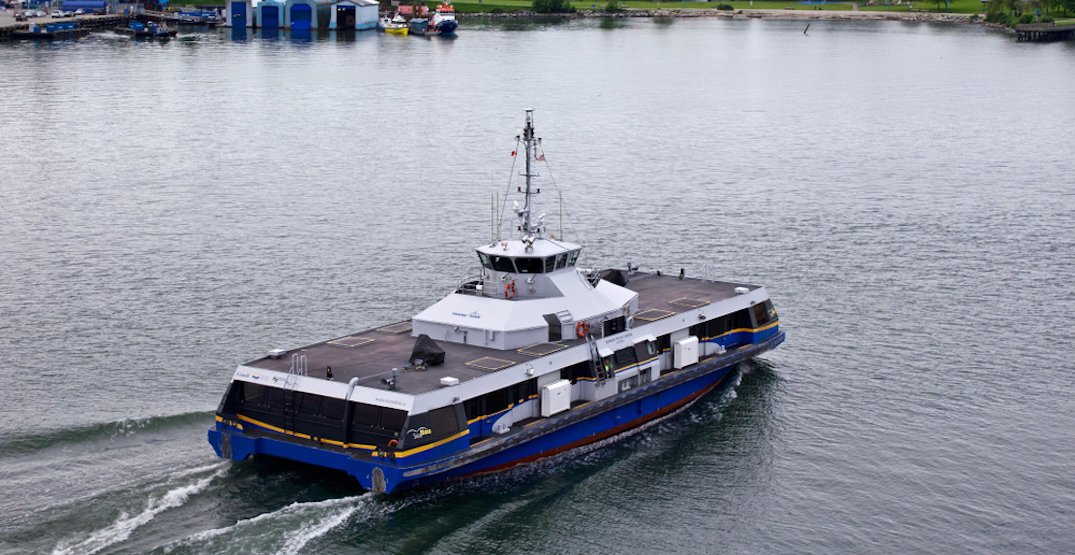 A total of 14 scheduled sailings on SeaBus for Monday, November 11 have been cancelled due to the ongoing labour action of Metro Vancouver’s transit workers.

TransLink’s released revised schedule of sailings indicates most of the impact will take place during mid-evening travels. 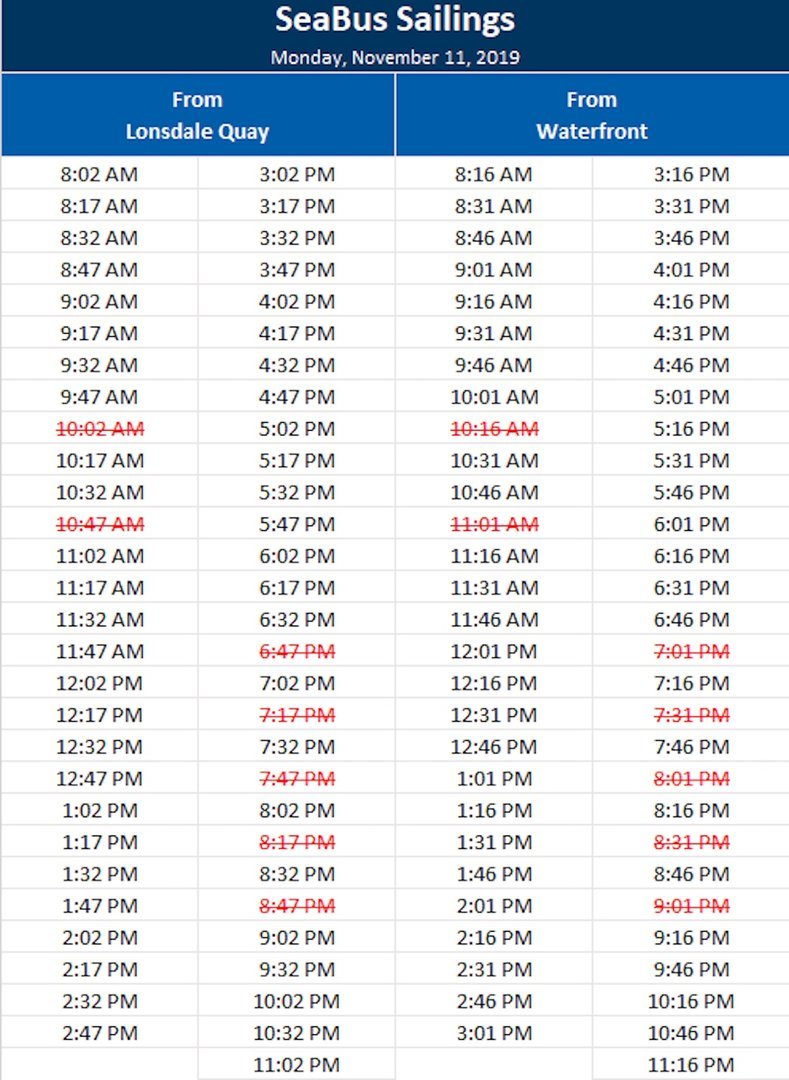 On Friday, Coast Mountain Bus Company (CMBC) resorted to operating a shuttle bus bridge service between Waterfront Station in downtown Vancouver and Lonsdale Quay in North Vancouver to help make up for the lost capacity from the cancelled sailings.

All ferry sailings must be manned by an engineer, which is frequently achieved through overtime hours. But the union, in its first stage of labour action, has banned overtime maintenance hours for both bus and ferry skilled trade workers.

During the latter portion of the last work week, dozens of bus trips were also cancelled. These disruptions to bus services are expected to escalate over the coming week.

CMBC and Unifor have not returned to the bargaining table since October 31, when talks collapsed.