Another higher-up at Translink has been let go. Vice-President of rail and Compass system Dave Beckley will be leaving the company on August 28, according to an internal e-mail from former interim Translink CEO Doug Allen.

This comes in the wake of the elimination of two other senior executives back in July, British Columbia Rapid Transit Company President and General Manager Doug Kelsey and Executive Vice President of Strategic Planning and Stakeholder Relations Bill Paddon. Paddon’s position was eliminated altogether.

Beckley’s position as Vice President of Rail will also be eliminated and the roles and responsibilities associated with it divvied up among other staff.

Translink told Vancity Buzz in an email that they have saved $4.4 million by eliminating around 30 positions over the past four years in salaries, benefits and pensions.

The reorganization of senior executive positions might be the result of a “no” vote in the transit plebiscite, which has left Translink with the task of finding funds to continue expanding and improving public transportation in Vancouver.

Read the full e-mail below: 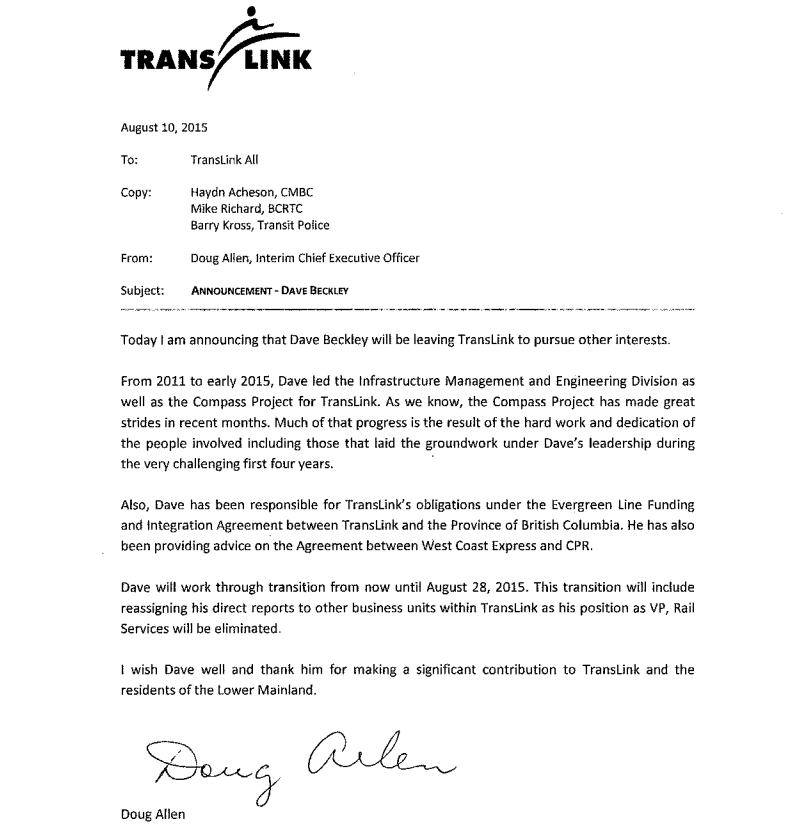