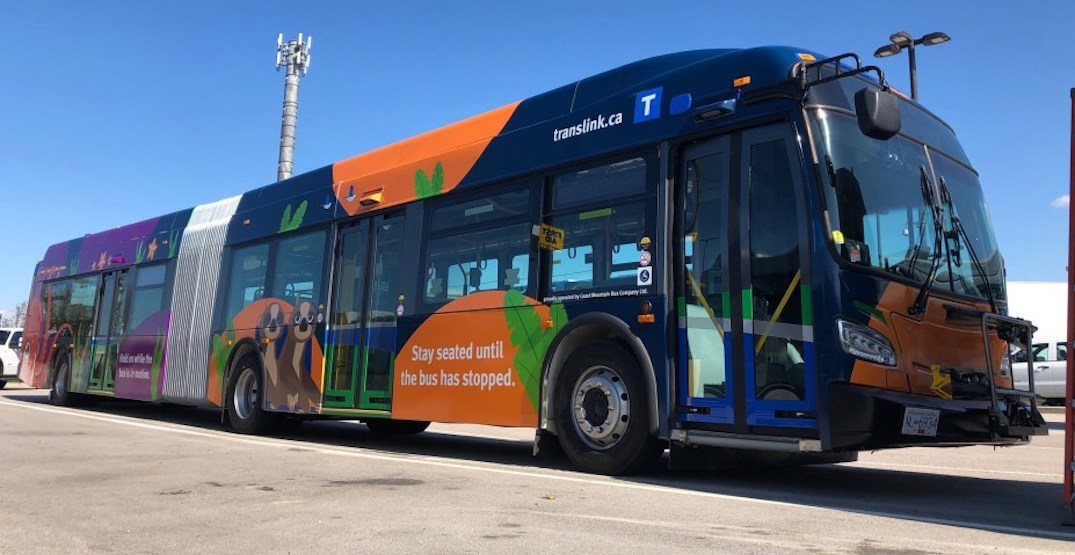 He made the remarks this afternoon during an address to the Greater Vancouver Board of Trade, reasserting the public transit authority’s position on the dispute.

“It’s an impasse in bargaining. I know that in the end, Coast Mountain Bus Company, TransLink, and the union have the same objectives,” he said, adding that “it’s at the table where the sides must negotiate a satisfactory solution that works for both sides.”

“We all want high service quality, we all want safe service, and we all want to be expanding service each and every day.”

In his plea to the union to return to bargaining, he addresses the challenges that frontline staff have to face, and acknowledges they “represent the heart and soul” and face of TransLink.

“[Bus drivers] have to contend with traffic congestion, crowded buses because of ridership growth, jaywalking pedestrians that jump in front of buses, and the very small number of people who get on the bus and cause trouble for our operators. We are always concerned for the safety of our operators,” said Desmond.

While the union has made it quite clear that they disagree, he maintains that Coast Mountain Bus Company (CMBC) is already doing what it can to address concerns with working conditions, particularly with the breaks offered by recovery time.

“We are adding time to schedules to mitigate congestion and to improve the on-time performance and reliability of the buses, and that helps ensures our operators get the break time into their schedules,” he said.

“So we’re trying to make that happen. That’s not part of bargaining, it’s just what we’re doing, because it’s the right thing to do.”

Overtime hours are also a necessary fixture for bus drivers, he explains, as it would cost TransLink significantly more if certain service hours are not achieved through overtime.

At the same time, he says the positions that bus drivers have are in extremely high demand. According to Desmond, over the last two years, CMBC’s recruitment process for bus drivers resulted in over 10,000 job applications, with 1,300 people hired to drive a bus to replace a retired employee or expand service. There have also been long lines of hundreds of people at recruitment fairs.

But there is a major shortage with trade workers to fill the various maintenance and skilled trades positions, which partially explains why CMBC is offering a higher wage increase for maintenance workers.

Both sides are $608 million apart in what they are willing to accept, with CMBC offering wage increases of approximately 10% and 12% for bus drivers and maintenance workers, respectively, over four years.

In contrast, the union sees a fair and reasonable deal for its workers is about 15.3% for bus drivers and 16.7% for maintenance workers over the same period, but this is also compounded and front loaded.

When questioned, he dismissed the union’s suggestion of diverting funding from the Mayors’ Council’s 10-year transit plan towards providing the union’s proposed bump in pay and benefits for workers.

With 18% systemwide ridership growth over the last, the system needs to keep following its trajectory of expanding service to meet demand.

“I very much hope we’re not going to penalize the people who need the transit system the most, our riders, our customers, each and every day, while we try to sort out the economics and reality of this labour dispute,” he continued.

Funding from the Mayors’ Council’s plan goes towards both expansion and maintenance, with Desmond stating TransLink needs to steer clear of the practice of deferred maintenance work.

“It would cost even more — a great disruption — to fix a problem that should have been taken  care of through good preventative maintenance. That costs money, and a lot of that is capital money,” he said.

“If we were to start taking away from that [maintenance funding] source to start paying for a problem today, and push a problem into the future, at the end of the day we’re pushing that problem to my successor and future generations. They will be paying a lot more to solve problems. The buckets that we’re looking at are pretty narrow to try to bridge the gap.”