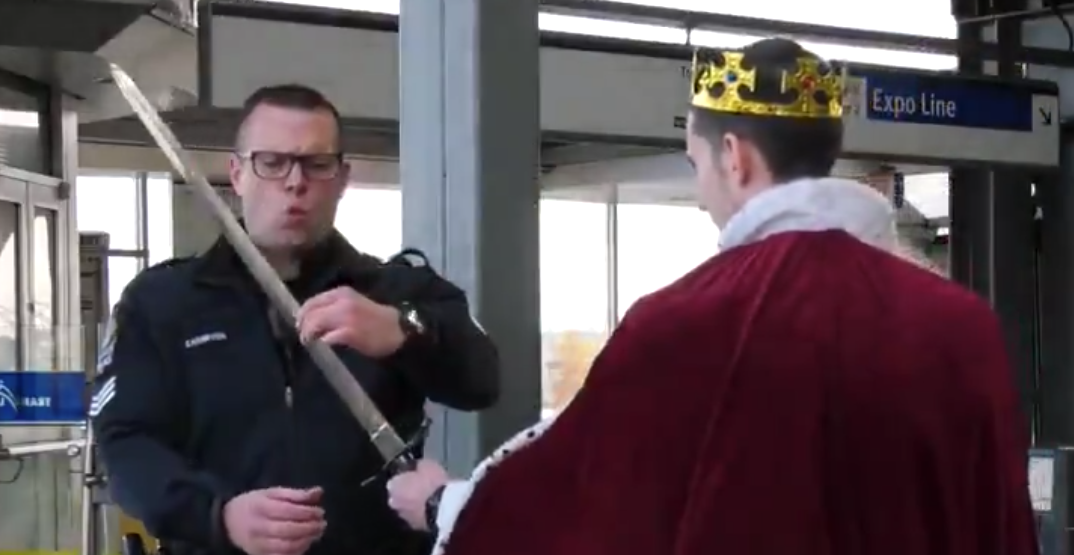 With Halloween just a few days away, Metro Vancouver Transit Police are warning people to be aware of the kinds of props included in their costume, particularly if they are travelling on public transit during the festivities.

“Halloween props or costumes can be a lot of fun, but if you bring out anything like a replica handgun, knife, hatchet, or anything else that could be perceived as a weapon, please just think twice,” said Transit Police Sgt. Clint Hampton. “Either leave it at home, or place it in a bag where the travelling public can’t see it.”

According to police, when replica weapons are brought on transit, they can be mistaken for the real thing, which can result in the police being called to the scene.

This costume advice is just one tip in a release issued by police that lays out some ground rules and reminders when it comes to celebrating Halloween in the city.

Police also recommend that people use face paint or makeup instead of a mask when putting together their costume.

“If you must wear a mask, enlarge the eyes for better vision and push it back off your face when you are walking in and around train stations and in busy pedestrian areas,” police said.

Police are also reminding people that consuming liquor in public is illegal – Halloween or not.

“This includes onboard all buses, trains, and the SeaBus,” police said. “If you are carrying liquor on transit, ensure it remains closed until you arrive at your destination.”

The fine for consuming liquor in public is $230. The fine is the same for those found smoking or vaping “anywhere” on the transit system.

Other tips from police for Halloween partiers include staying alert to your surroundings, planning your journey ahead of time, being visible (through the use of bright costumes or reflective tape), and, if travelling in a group, establishing a meeting place in the event you are separated.