The transit plebiscite’s ‘Vote No’ campaign has taken old-fashioned method of getting their message out during the final weeks of the voting period.

On Sunday, a plane carrying a banner with a message that read “Vote No To TransLink Tax” flew over the Metro Vancouver region for three hours.

The banner flew over the runners and spectators of the BMO Vancouver Marathon and on its way back to Pitt Meadows Regional Airport it spent a few minutes hovering over TransLink’s headquarters in New Westminster.

But it took a crowdfunding effort by the the ‘No’ side to make their latest stunt possible. According to Jordan Bateman, more than 60 people donated $1,890 to buy four hours of flight time and a private donor also approached the airplane owner to add an additional two hours of flight time.

With three hours in flight time remaining, the banner is scheduled to make a reappearance over Metro Vancouver’s skies this Saturday, May 9.

Elections B.C.’s latest statistics indicates that 29 per cent of transit ballots have been returned so far. There are less than four weeks remaining in the voting period for the transit plebiscite.

Eligible voters who have yet to receive their voting package have until midnight on Friday, May 15 to ask for one. There are nine plebiscite offices located at regional shopping malls – places where voters can register and receive a voting package as well as drop off their completed ballot package. 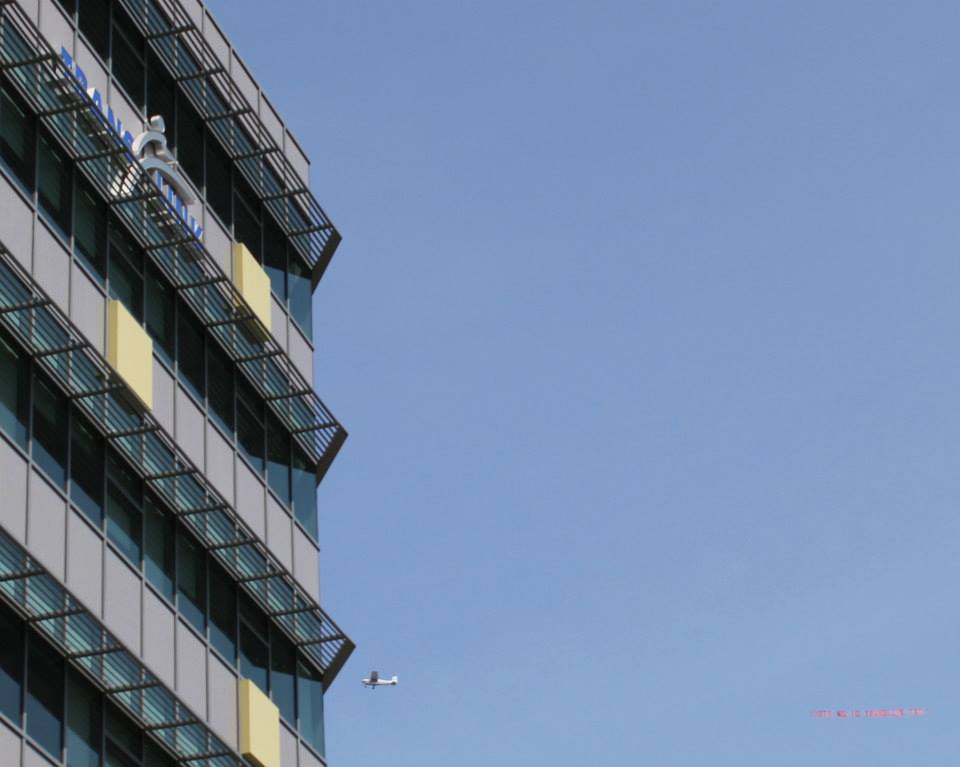