A crowdfunding campaign was launched to help fund a barbershop that caters to the transgender community, a first of its kind in Vancouver.

The GoFundMe page currently has just over $4,500, but that is short of the $15,000 needed to get the project off the ground.

Purely trans spaces are difficult to come by in this city, according to Big Bro’s Barbershop founder Jessie Anderson, who also happens to be a transgender man. 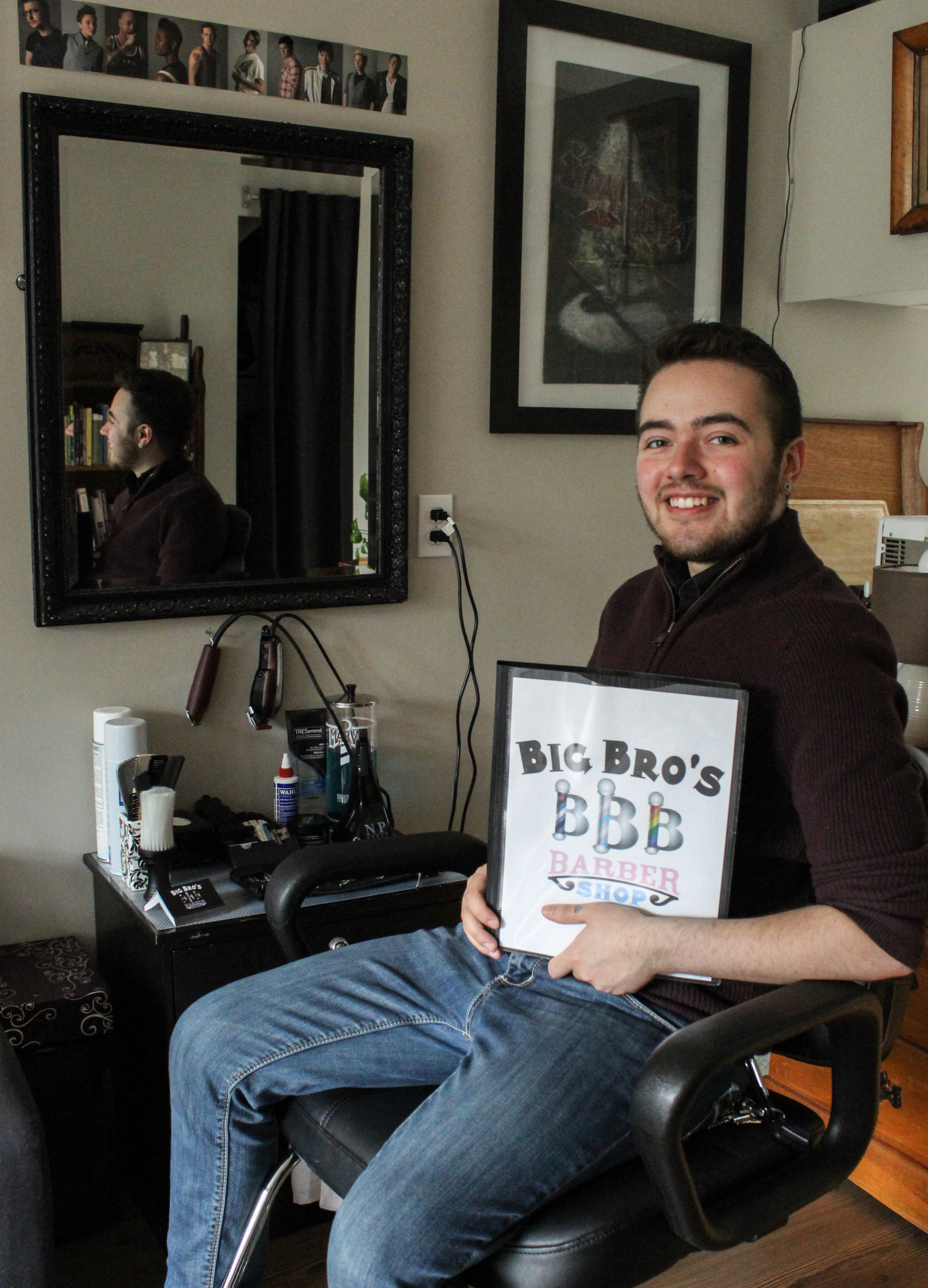 He said he wants his barbershop to be more than just a place for transmen to get a shave and a haircut – he wants it to be a hub for transmen, transwomen, and anyone who else who identifies as trans.

“I’d really like it to be a sort of general makeover space where trans people can feel really comfortable, because those can be really difficult services to access in such a gendered industry.”

“When I was growing up, I was a young transman, and I wanted short hair, but I would go to typical barbershops or salons, and people would be very reluctant to cut my hair because I was such a pretty girl, so it can be very difficult to go into a cisgendered (a term used for non-trans people) run space and and say ‘hey I want this hairstyle or this look’ and face the possibility of rejection.”

At the moment, Anderson runs a barbershop out of his home where he cuts his friend’s hair, but the space simply isn’t large enough to accommodate a full-fledged barbershop.

He wants to create a place where transgender people feel they can come to escape the hardships of the world, purchase transition related items, and find resources.

“I want to have a community board with events, housing ads, job advertisements, I want to have couches so people feel safe to just hang out in the space, I want to have peer support for someone who is freshly transitioning, or even the parents of a child or a loved one who is transitioning can just come into the shop and have someone they can talk to discuss any of their fears or questions.”

“I’d also love to have lockers for a cheap day rate, because a lot of transgender people end up homeless as well, and I’d like to be their first stop if they’ve been kicked out of their house, or whatever the case may be.”

After being turned down by an investor for loans because the shop was “too sexually explicit in nature” for carrying items related to gender transition, Anderson is appealing to the public to make his dream become a reality.

“The crowfunding offers more of an opportunity for the people who are sympathetic to the cause to help create it. The people who I have access to who are supportive might not have $20,000 in their back pocket to give me, but they can give me $10.”

And with your donation, you can pre-purchase store credit for yourself, or donate it to the community credit fund so people who can’t afford haircuts can come in and use the shop’s services.