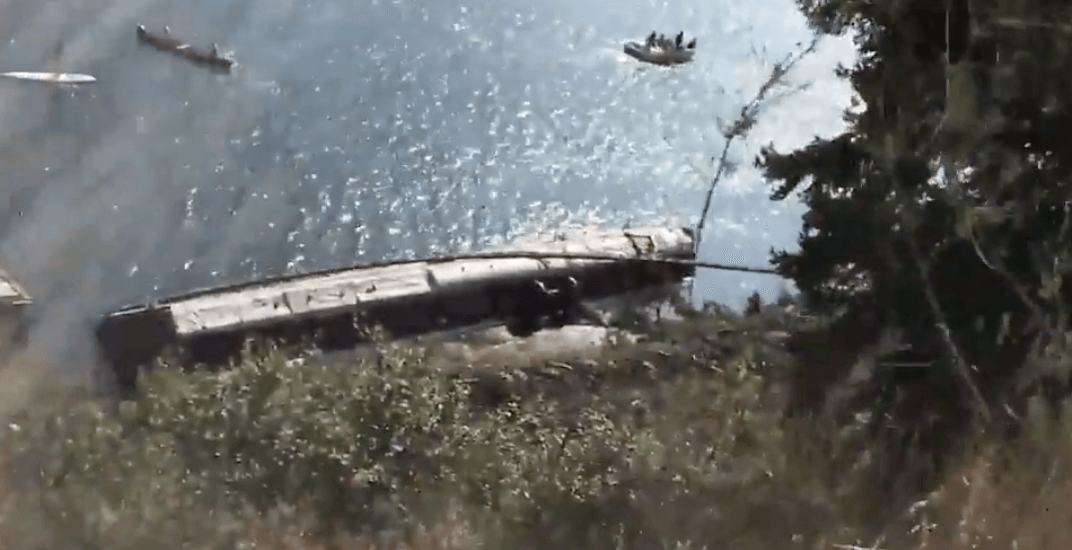 Five train cars derailed on the shores of a lake north of Pemberton this week.(Jade Vajna / Twitter @thatchaserchick)

Five train cars ended up in a lake after a derailment north of Pemberton this week.

According to officials with the Squamish- Lillooet Regional District (SLRD) the incident happened on Monday, near Birken, BC, along the shores of Gates Lake.

While video footage of the wreckage shows kayakers on the water in their boats close to the scene, the SLRD said there were no dangerous goods involved in the accident and no threat to public safety as result of it.

A cause of the derailment has not yet been given.

Train carrying lumber derails near a campsite in Birken this afternoon, close to where people were swimming @cbcnewsbc @globalnews @CTVNews pic.twitter.com/DDJKPSmaRs

A cause of the derailment has not yet been given.

More footage of the train that derailed in Birken, BC today. Luckily it wasn’t a passenger train. @GlobalBC @cbcnewsbc @CTVVancouver pic.twitter.com/naNUFNMqLZ