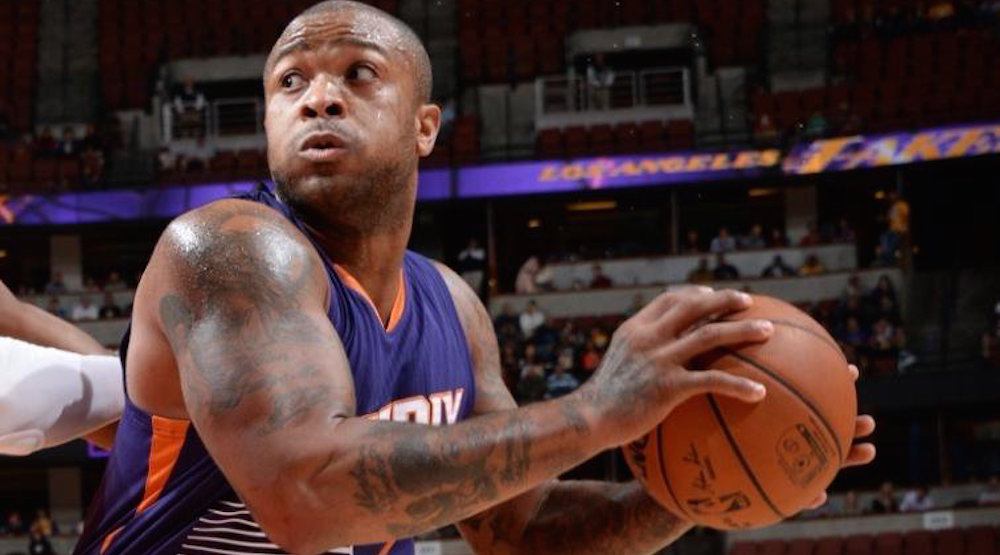 The Raptors are going for it.

Nine days after acquiring Serge Ibaka from Orlando, Raptors GM Masai Ujiri has pulled off another deal, acquiring PJ Tucker from Phoenix in exchange for Jared Sullinger and two second round draft picks according to a report from Adrian Wojnarowski.

Tucker was originally drafted by Toronto in 2006. After just 17 games with the team, he was waived, and left to play overseas.

He was a different player upon his return to the NBA with the Suns in 2012.

Tucker has started 286 times in his 394-game career, and will bring defensive stability to the Raptors. With a .338 three-point shooting percentage this season, he’ll also bring some long-range shooting ability. The 6-foot-6 small forward has started 17 of 57 games this season, averaging 7.0 points, 6.0 rebounds, and 28.5 minutes per game.

The 31-year-old is in the last year of a contract that pays him $5.4 million per season.

Sullinger was signed as a free agent by the Raptors last summer. The 24-year-old big man injured his foot in preseason and was unable to make his debut with Toronto until January 18.

Sullinger played just 11 games with the Raptors, averaging just 10.7 minutes per game, and posted numbers well below what he accomplished with Boston the previous three seasons.

Toronto should have both Ibaka and Tucker in the lineup to make their debut on Friday at home against the Boston Celtics.

With 25 games left in the regular season, the Raptors will try to get in the best possible position to make another lengthy playoff run.