I had always wondered why women in abusive relationships don’t just pick up and leave. Secretly, I just didn’t get it. But thanks to Genevieve Fleming’s performance in Bug, I can start to understand the walk from someone else’s shoes.

Bug is a departure from Hardline Production’s last play, which was heartfelt and classical and beautiful – I’ve raved about it lots in the past. Playwright Tracy Letts touches on themes that the rest of us would rather sweep under the rug. It’s a 1996 piece that doesn’t show its age. Director Sean Harris Oliver on the play’s history:

Set in Oklahoma City, Bug was first produced in 1996. One year earlier, Timothy McVeigh, a former US soldier, committed the deadliest act of domestic terrorism in United States history when he bombed the Alfred P. Murrah Federal Building in Oklahoma City. McVeigh was apprehended and eventually executed: his suspected accomplice, known only as John Doe Number Two, was never found. A few months before Bug’s premiere, Ted Kaczynski, also known as the ‘Unabomber’, was arrested in Lincoln, Montana.

Themes of loneliness, isolation, and domestic abuse interweave into the main characters, which centres around the relationship between Agnes (Fleming) and Peter (Jay Clift). The play is set within a single motel room, littered with empty bottles and packing boxes. 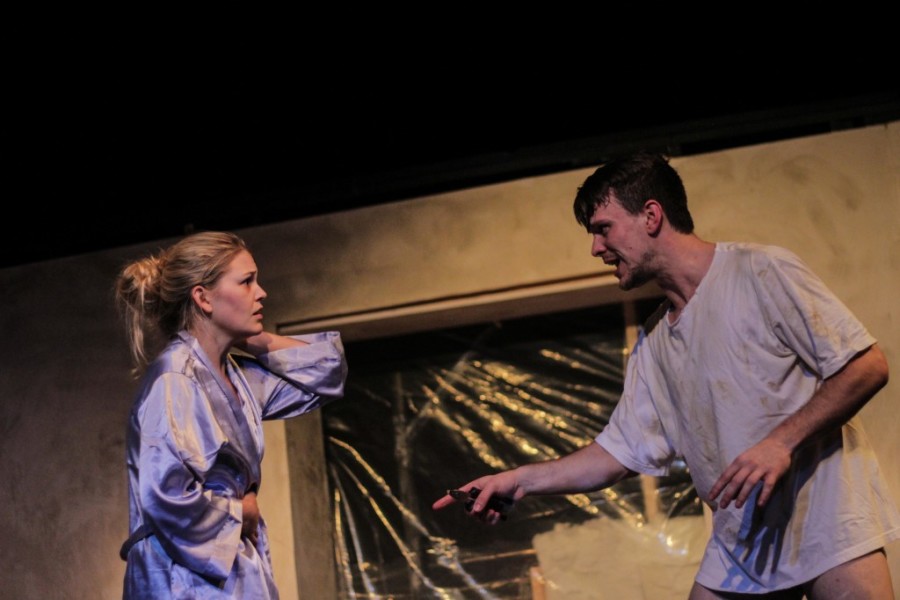 I scoffed at Agnes on first impression. Doormat. Deadbeat mom. Drug addict. White trash. She bugged me all right: stand up for yourself, I shouted at her silently, wondering why I was supposed to care about a weak-willed woman who couldn’t get her life in order.

Throughout the course of the evening, Fleming transformed that character into a real person standing in front of me. I couldn’t relate to Agnes, but it wasn’t because of the constant use of drugs or alcoholism. I couldn’t relate to her because I have never felt that degree of loss and sorrow in my life. Agnes goes through a complete metamorphosis that is different from most conventional stories of battered women. Through a bizarre, intense, and mostly psychological relationship with Peter, Agnes finds strength in surprising and ultimately damaging ways.

This isn’t polite theatre – there was blood, booze, and plenty of white powder in attendance. The only thing that felt a little staged were the surprisingly chaste physical interaction between Agnes and Peter. I wanted to feel their desperate, coping kind of love manifest in their calm moments with each other, to juxtapose completely from the intensity on stage. 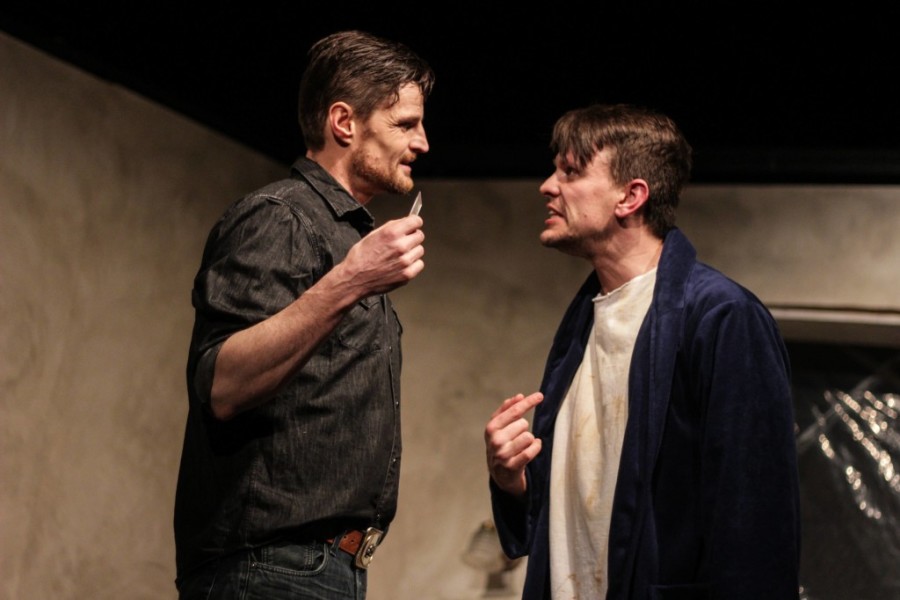 The twist of the night was when Oliver stepped on stage and into the character of abusive ex-husband Goss, as actor Bob Frazer could not appear on the night of my review. This noticeably threw everyone on their toes, and the scared anticipation worked well into the tension of the play. Once Goss had a few scenes to ‘settle in,’ it was solid and believable. A tall order for any director, and it shows the versatility of this group.

If Bug and Of Mice and Men are any early indication, Vancouver theatre has some talented stars just below the surface. Going to an off-the-beaten-path, slightly drafty venue is well worth the trip to see stuff like this. As tension built on the stage, I forgot how cold it was. I forgot the low-tech set transitions and cheap props.

I forget everything but the story unfolding on stage, which is the hallmark of any great production.