Metro Vancouverites can look forward to a spectacular lunar eclipse on early Wednesday morning, October 8, when the moon turns into a “bloody” shade as it passes into the shadow of Earth.

The celestial phenomenon should be visible across most areas in British Columbia due to forecasts of clear skies. It will be visible across much of the country, although the Vancouver region will be one of the lucky locations where it will appear as a “total” lunar eclipse.

Wednesday’s lunar eclipse is the second of four lunar eclipse events that are a part of Tetrad series. The first event occurred earlier this year on April 15, while the final two events in series are on April 4 and September 28, 2015.

Tonight’s event will be an added bonus for skywatchers as it coincides with the Draconid meteor shower. It brings fewer meteors than the Perseid shower experienced this past summer, but tonight’s shower is predicted to be the event’s peak. However, light reflected from the full moon could make it difficult to see the meteors.

Lunar eclipses occur when the moon passes through the shadow of the Earth and is located directly on the opposite side of the Sun. The moon gains a reddish appearance when certain light wavelengths on the planet’s atmosphere is refracted out.

“The rim of the planet is on fire! As you scan your eye around Earth’s circumference, you’re seeing every sunrise and every sunset in the world, all of them, all at once,” explained Dr. Tony Phillips in a NASA blog post. “This incredible light beams into the heart of Earth’s shadow, filling it with a coppery glow and transforming the Moon into a great red orb.”

Another major astronomical event is scheduled later this month on Thursday, October 23: a rare partial solar eclipse will be visible from most of North America, including British Columbia. 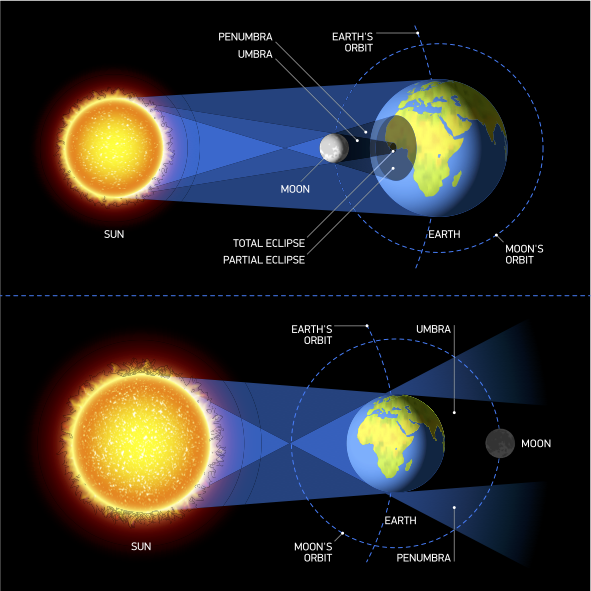