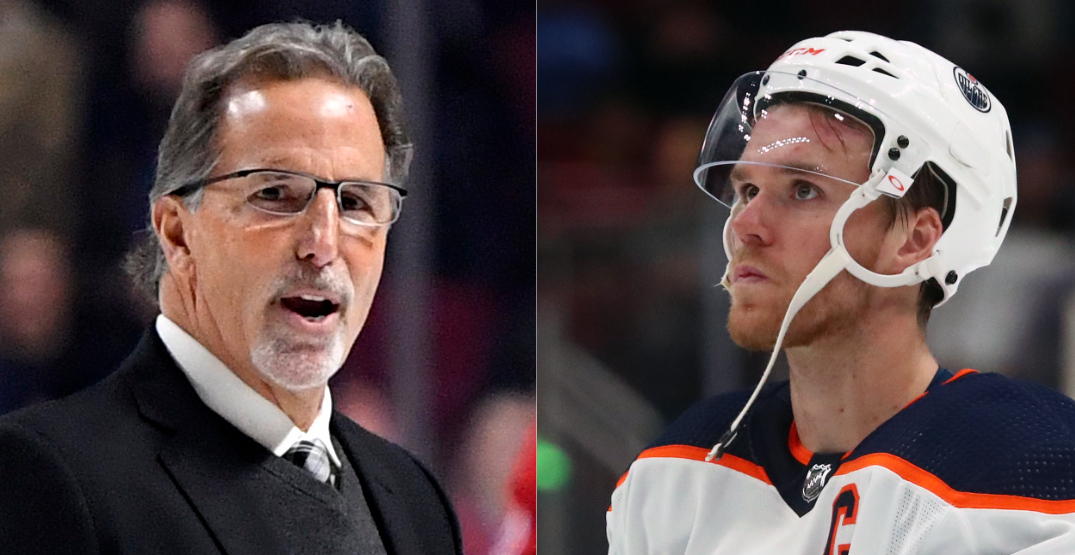 John Tortorella, the longtime NHL coach never short on colour or opinion, has some advice for the league’s best.

Connor McDavid needs to change up his game if he wants to have anything more than regular-season success.

Tortorella, now an NHL studio analyst, said on ESPN’s Intermission show The Point that McDavid needs to complain less about the lack of penalties he’s drawn and focus more on the defensive side of the puck.

“He complained about it a little bit he wasn’t getting the calls. Quite honestly, and I hope I say it correctly… just shut up. Don’t talk about it,” said Tortorella, a two-time Jack Adams Award winner as coach of the year.

"You're not just going to fill the net during playoffs." pic.twitter.com/rkO8nCsYhO

McDavid, second only to Edmonton Oilers teammate Leon Draisaitl in scoring with 24 points in 12 games this season, is 54th overall in penalties drawn with just five — with the likes of Nick Seeler, Blake Lizzotte, Michael Bunting, and Liam O’Brien drawing more calls. Brendan Gallagher of the Montreal Canadiens paces the league at 10.

The Oilers captain is second among forwards in the NHL in average-time-on-ice at 22:22 per game. Only Draisaitl plays more.

He needs just two points to become the sixth-fastest player in NHL history to reach 600, too, and Edmonton is off to a franchise-best start.

But, as Tortorella suggested, McDavid needs to switch things up if he wants anything more than regular-season successes.

“Don’t talk about it. Just play hard, play through it,” Tortorella said. “But the other side of the puck is that important too, come playoff time. I think he’s learning. [Edmonton Oilers coach Dave Tippett’s] going to have to get that whole group, if they’re talking about a Stanley Cup, they’re all going to have to play a little bit a different way and not just try to outscore teams.”

In six seasons, McDavid and the Oilers have advanced beyond the first round of the Stanley Cup Playoffs just once.

“Ovechkin…I didn’t think they were ever going to win in Washington but Ovi changed his game a bit and they end up winning the Cup,” Tortorella said.

Maybe if the NHL would stop their non call agenda against McDavid then things would change! No player has to go through what 97 does. Oilers should have 5 PP’s a night but nope the NHL wouldn’t want the Oilers to succeed! They are still bitter they got McDavid and it shows!

This is why Torts failed as a coach.

He doesn’t accept the players he is given. He has to change everyone to fit a model he has in his mind instead of letting the best in the world play to their strengths.

I honestly think he’s a little bit right…you’re not going to get the calls and the game isn’t going to change over night. the rules change in the playsoffs & that’s not stopping. I want to see mcdavid win now. He’s got a point when it comes to penalties/not filling the net

Tortorella has a Stanley Cup ring on his resume. He coached the Tampa Bay Lightning to a championship in 2004.

McDavid isn’t without hardware, either.