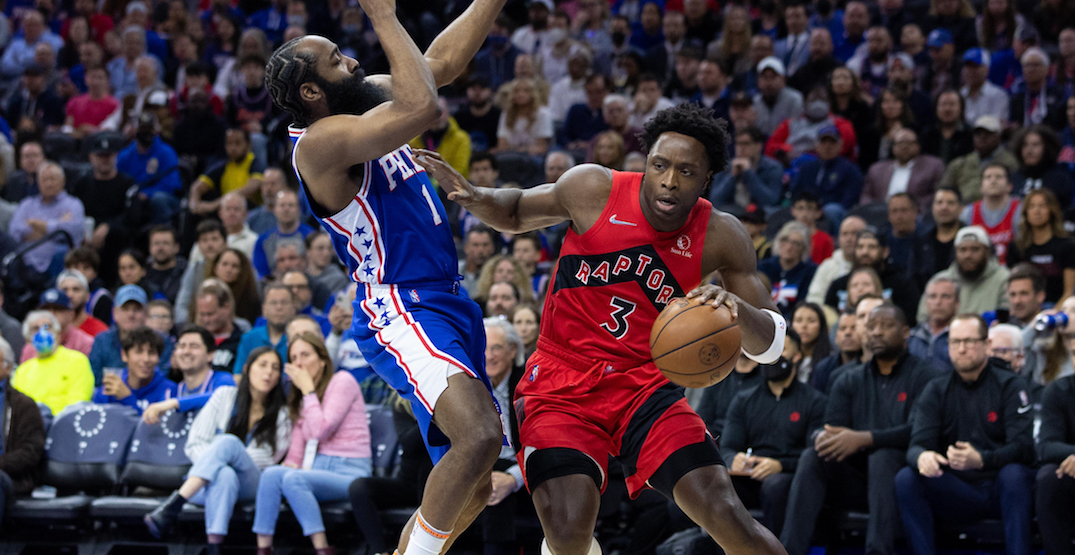 Things have officially gotten interesting between the Toronto Raptors and Philadelphia 76ers.

After falling into a 3-0 hole that no team in NBA history has ever recovered from, the Raptors have now trimmed the deficit in their first-round series to 3-2 after a 103-88 win in Game 5 at Wells Fargo Center in Philadelphia on Monday.

The Raptors only led 29-27 after the first quarter, but extended that lead to 13 points by the half thanks to a dominant defensive performance in a second quarter in which they outscored the 76ers 25-14.

The scoring was pretty spread out for Toronto in this one. Pascal Siakam led the way with 23 points on 10-for-17 shooting from the field, adding 10 rebounds for the double-double.

Siakam converts the tough layup to give the Raptors a 14 point lead! pic.twitter.com/Ox1RCc22KQ

Nick Nurse on Precious Achiuwa's performance for the #Raptors tonight:
"He's really playing well. He's got a huge assignment for a lot of the game… we were trying to match him minutes there with Embiid for the second half. He's made some really decisive offensive moves."

Nick Nurse on if the #Raptors have taken back momentum in the series:
"I mean, maybe, but it doesn't really matter. The ball goes up on Thursday, everybody's got to fight like heck."

Fred VanVleet did not play on Monday after leaving late in the first half of Game 4 on Saturday with a hip injury.

Joel Embiid led the Sixers with 20 points on 7-for-15 shooting to go along with 11 rebounds. James Harden struggled, finishing with 15 points on 4-for-11 shooting.

Game 6 will be played at 7 pm ET/4 pm PT at Scotiabank Arena in Toronto on Thursday.