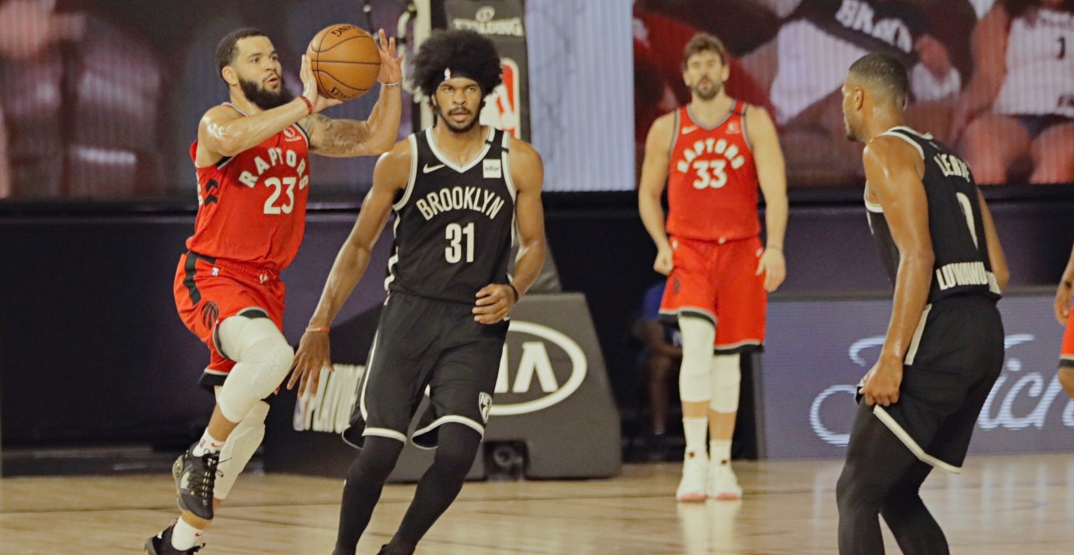 The Toronto Raptors have been down 3-0 in playoff series more times than their fans would care to remember.

The Raptors’ 117-92 win over the Brooklyn Nets in Game 3 on Friday has them one win away from the second round.

Fred VanVleet starred for the Raptors yet again. His day was highlighted by this crazy buzzer beater at the end of the first half.

The defending-champion @Raptors are up 15 at the half, seeking a 3-0 series lead!

Pascal Siakam also had a big day, leading the Raptors with 26 points.

A slow start to Game 2 forced Toronto to play most of the game from behind, but Game 3 was a different story. The Raptors came out and hit their first four three-point attempts, helping power them to an early 18-8 lead.

Their shooting went cold after that, but strong defence still allowed them to head into the break up 24-17.

With VanVleet’s ridiculous buzzer beater capping things off, the Raptors led 57-42 at the half.

And once again, it was all Raptors in the fourth. They outscored the Nets 33-24, with Serge Ibaka helping to put a wrap on things.

After years of making first round match-ups against mediocre opponents much harder than they needed to be, the Raptors look like they’re finally handling business the way they should be against a heavily-depleted Brooklyn team. The Nets gave the Raptors everything they had in Game 2, and it still wasn’t enough. The rest of this series has been all Toronto.

Their likely second-round opponent, the Boston Celtics, are up 2-0 in their series against the Philadelphia 76ers and look like they could finish that series pretty quickly too, so the Raptors don’t want to let their series against Brooklyn last any longer than it needs to.