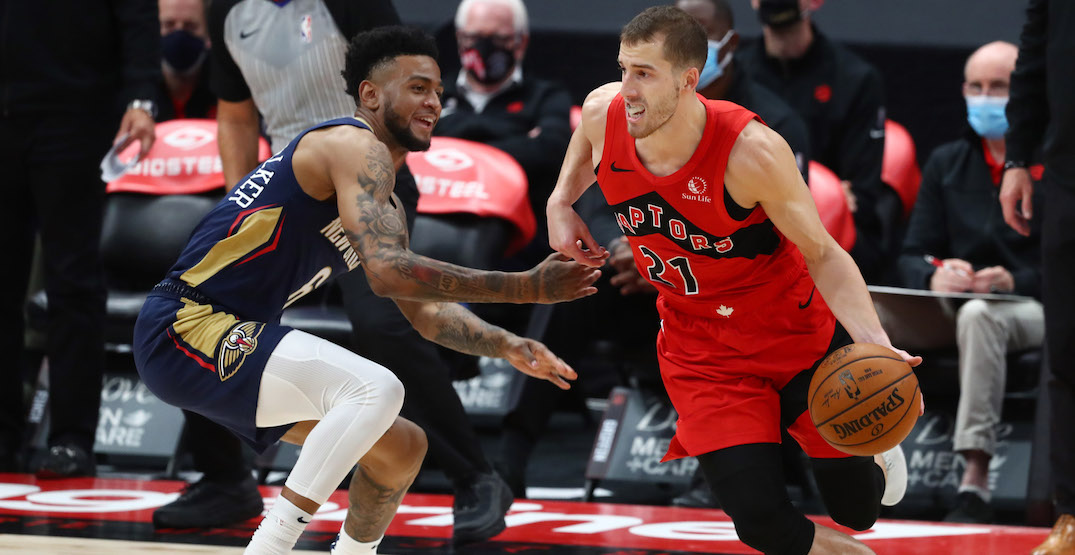 The Toronto Raptors are trading Matt Thomas to the Utah Jazz for a future second-round pick in a trade deadline deal according to ESPN’s Adrian Wojnarowski.

Thomas is averaging 2.7 points, 0.8 rebounds and 0.3 assists per game this season on less than eight minutes per game. Wojnarowski adds that this deal opens up another roster spot for the Raptors to use in a potential Kyle Lowry trade.

Deal opens a roster spot to take on an additional player in a Lowry trade. Raptors continue talking to teams on deals within 45 minutes of deadline. Thomas gives the Jazz another in an endless line of three-point shooters on the team. https://t.co/9Llqb3NKvi

According to Blake Murphy of The Athletic, the second round pick is a 2021 pick that they acquired from the Golden State Warriors.

The Jazz are sending GSW's 2021 2nd to the Raptors in that Thomas deal, per a source.

The Raptors traded Norman Powell earlier in the day and are rumoured to be talking to the Miami Heat and LA Lakers about dealing Lowry before the 3 pm ET/12 pm PT deadline.