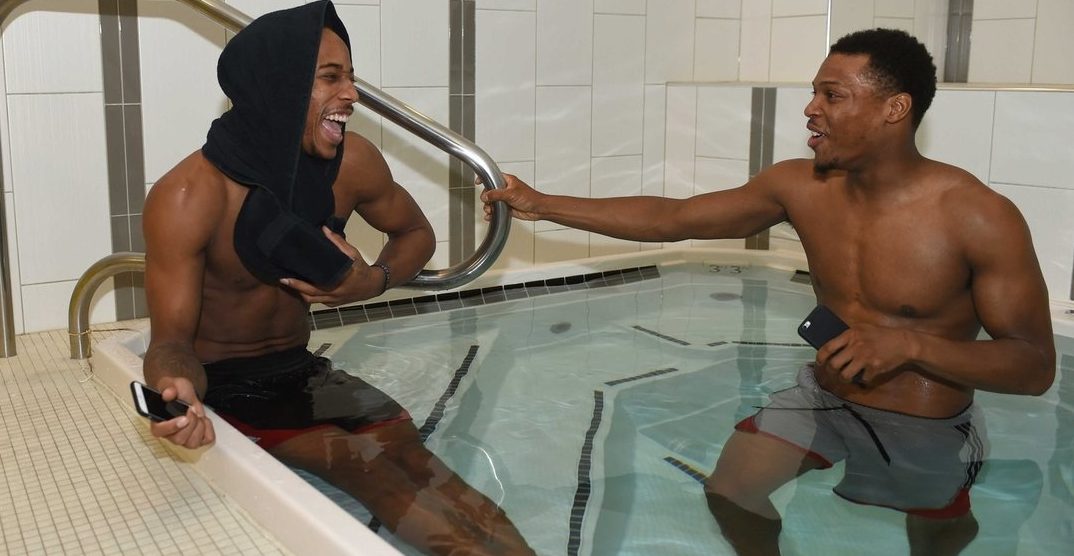 Want to know what the Toronto Raptors’ All-Star duo does during their free time?

How about the rest of the team when they’re not in the gym working on their craft?

The answers to these questions and more can be found on Instagram, and we’ve got you covered with a full list of Raptors players to follow.

DeMar DeRozan is a user of all types of social media: Instagram, Snapchat, Twitter – you name it.

DeRozan’s Instagram feed has been pretty empty, however. We’re going to assume the man is “restarting his feed,” as many millennials call it today. He’s probably just trying to make it more… aesthetic.

DeRozan has 1.8 million followers, which is the most on the entire team.

If there’s anything you’ll find on Kyle Lowry’s Instagram feed, it’ll be photos and videos of his kids, birthday greetings (aka making fun of his friends), or his ‘bromance’ with DeRozan.

Jonas Valanciunas is probably the funniest guy on the Raptors.

From the hilarious bobble head, Go Daddy commercials, to his antics in interviews, to his fishing posts, JV has quite the colourful life away from the court.

From his travels to and from Africa, to him boasting about his body, to his “OOTD’s,” you’re sure to be jealous of Ibaka’s lifestyle.

I Think This Makes Me Canadian?🤔

Norman Powell is your typical athlete on social media—posts of his teammates, action shots in his jersey, and the updates of wherever he goes.

Offseason acquisition C.J. Miles is an easy-going guy… When he’s not in the gym.

Lucas “Bebe” Noguiera is one of the funniest guys on the team, but it’s not all jokes on his feed.

Heading into his second season, Jakob Poeltl is not the most outspoken guy. His bromance with Pascal Siakam seems to bring some character out of him though.

Looks like we can all get our car washed by the Brazilian Kevin Durant.

OG’s got a lot of Indiana basketball on his feed, but there’s a ton of canvas for him to add in his Raptors activities.

Expect to see a lot of rookie initiation all over his and his fellow teammates’ Instagram feeds.

Had fun trying the PlayStation VR and camera out. It's so dope and feels real. @jakob always has to be in the way smh 🤦🏾‍♂️ @playstation

Siakam is as loud a character there is, and this photo says it all.

The man is all about fun – expect more during his sophomore year, from his silly personality, to the pranks, to the photos of his sleeping teammates, you’re bound to have a laugh following @pskills43.

You can just feel how much of a laid-back guy Delon Wright is in this post.

Fred VanVleet is a laid-back character on and off the court. He doesn’t say much, isn’t very expressive or emotional.

But, like all social media, you can get a sense of what they’re like away from basketball.

Hands down one of the funniest in the game right now.

McKinnie is a serious mystery to Raptors fans, considering that he’s a camp invite who just made the final roster.

This photo with Michael Blackson, one of the funniest dudes on the planet right now, tells us that McKinnie loves a great laugh.